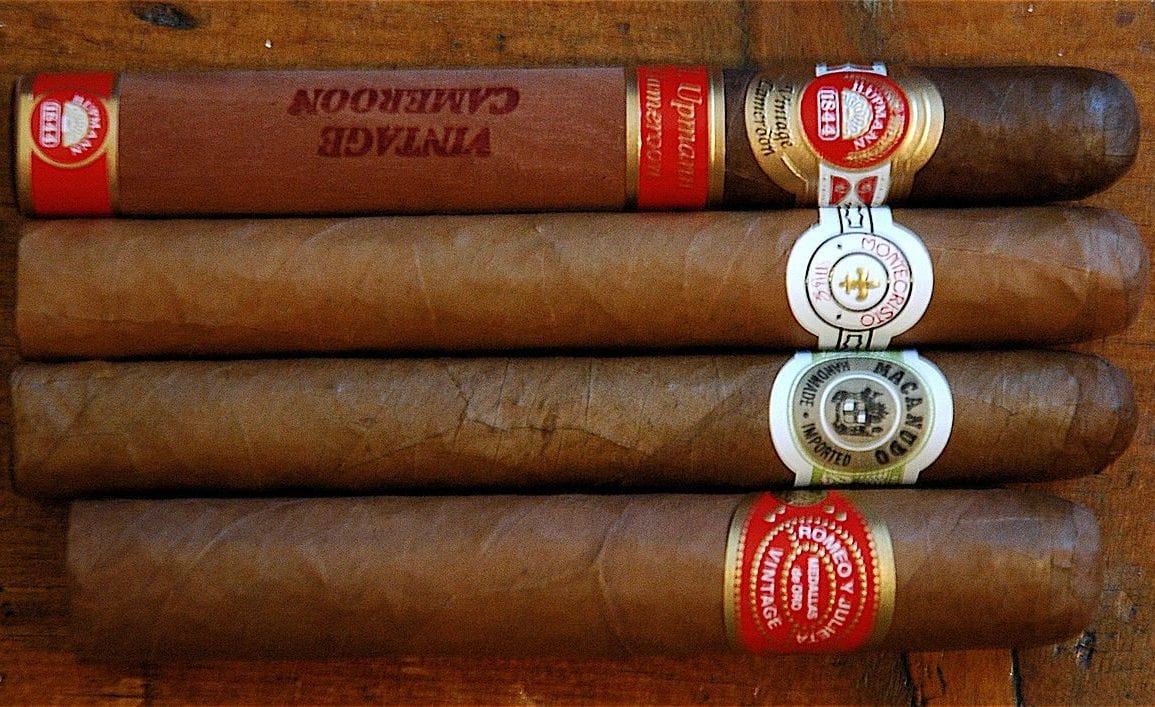 From unwieldy pipes to black-market cigarettes, tobacco has been an important part of Korean society for over four hundred years.

The image that best typifies Koreans of the past is undoubtedly that of an old man, dressed in white, with a long tobacco pipe ready at hand. The pipe was an indispensable part of a Korean’s life.

It didn’t matter if he was of noble or poor class, young or old, or even almost all Koreans had tobacco and pipes. Tobacco was first introduced into Korea in the early 1600s following the Imjin War (1592-1598).

Its initial use was as a medicine and it was very expensive. Naturally, this motivated some to attempt to profit from it, often by illegal means. While on a diplomatic mission to China in March 1643, one Korean diplomat was apprehended by the Chinese authorities for smuggling a cartload of tobacco.

As more and more farmers cultivated tobacco, the price of the drug dropped, making it even more affordable and further increasing its usage.

Within a couple of decades, smoking tobacco had grown so popular that Henrik Hamel, a Dutch sailor shipwrecked on Jeju Island, observed that. One finds few people who do not smoke […] even by children of 4 or 5 years old, and among men as well as among women.

Prior to the twentieth century, most Koreans smoked tobacco using pipes. These pipes came in a variety of styles and length depending on one’s social station. For the upper class, the pipes were made with silver, gold, jade and other precious materials and were generally two or four feet long. According to Andrei Lankov, a well-known Korean historian:

“One of the major reasons for the yangban [gentry] preference for very long pipes was actually their impracticality. It is difficult to light such a pipe without help, so in order to afford a really long pipe one had to be accompanied by a servant. Thus, long pipes became a sign of wealth and privilege.”

The common people generally used shorter pipes for convenience when working but, when they were able to relax, preferred long pipes which could only be smoked with comfort when sitting down. Their pipes were made from bamboo with copper or brass bowls and mouthpieces.

Later, in the late 1890s, smoked-glass became more available in Korea and was popular for mouthpieces. Men, women and children alike carried these long pipes, which occasionally were mistaken for walking sticks by their foreign visitors. One missionary wrote:

“I have seen a few travelers without walking sticks, but scarcely one without a pipe. Old, young, sick or poor, they all have them and have them always.”

This is similar to the observation of an English visitor in 1885: During our whole stay in the country we saw not one beggar; all appeared to be provided with a long straight pipe and an unlimited supply of tobacco.

During the Kabo Reforms (1894-1896), long pipes were briefly outlawed on the streets of Seoul because of the dangers they posed. According to one Western resident in Seoul at the time:

“The commonest surgical operation in Korea, the medical missionaries say, is to pull a two or three foot pipe stem out of the back of a Korean neck; by accidents in wheeling around corners or by falling down when intoxicated, these pipe stems are jammed downwards or backwards, ad infinitum.”

By 1903, pipe smoking, at least amongst the common people, had fallen into disfavor and was replaced with the more convenient and cosmopolitan form of tobacco usage: the cigarette. The introduction of cigarettes in Korea probably took place following the Kangwha Treaty in 1876 which opened some of Korea’s ports to trade with Japan.  After the Treaty of Amity and Commerce was signed with the United States in 1882, increased trade with the West undoubtedly brought even more cigarettes and cigars.

The Korean palace was an especially large connoisseur of American tobacco. During the frequent audiences given by King Gojong to Western diplomats, whiskey and cigars were invariably offered to the foreign guests. Perhaps even more telling is the account of Queen Min by Frank Carpenter, a journalist who visited Korea in late 1888 and early 1889. He wrote:

“The queen dresses, of course, in Corean [sic] costume. She wears fine silks and she has beautiful diamonds. She carries a chatelaine watch which is diamond studded and she smokes American cigarettes by the thousand. All Corean women smoke and the majority of them smoke pipes. The country is, in fact, a land of smokers and the boys and men are seldom seen without pipes in their mouths.”

In fact, American cigarettes remained the most popular in the Korean palace, as Horace Allen, the American minister to Korea, proudly reported in 1898:

“American cigarettes are used exclusively at the palace, where large quantities are consumed. This makes them popular also with the higher classes. They are kept on sale in the local Chinese shops and the best retail for 40 cents silver (20 cents gold) per package of twenty.”

The popularity of Western cigarettes led some unscrupulous merchants to try and make a quick profit by repackaging inferior cigarettes in the discarded empty wrappers of American brands. Considering that 20 Korean-made cigarettes only cost 1 cent (gold), the counterfeiters were making a huge profit.

Allen urged the Korean government to take strong measures against the Koreans involved in this form of counterfeiting and was surprised when the Korean Government announced that offenders would be punished with death.

Allen acknowledged that the extreme measures were effective against Korean offenders but wryly noted they did nothing against the Japanese merchants who were the chief offenders.

American cigarettes have remained popular in Korea over the past century, even when they were black market items following the Korean War.

It wasn’t until the mid-1980s, when the Korean market began to open up, that American cigarettes could once again be legally purchased by Koreans. They are today, as in the past, still immensely popular with the Korean public.