Korean Temple Stay; 5 Untold Things You Don’t Want To Know Before Doing It 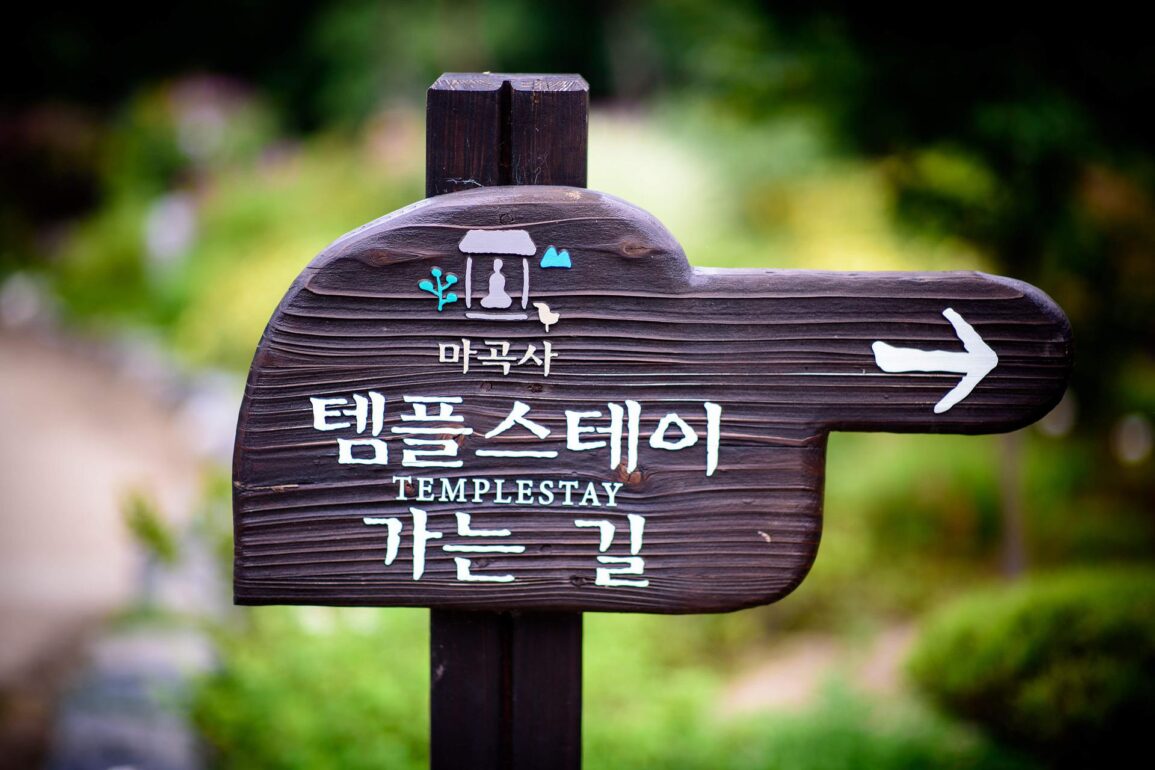 Words and shots by Bryce Weibley

For many, staying at a Korean Buddhist temple initially sounds appealing. However, after a quick look through the rigorous Korean temple stay program schedule, most folks’ desire to participate in a temple stay is about as strong as a university student’s craving to read Moby Dick. Like classic literature, a temple stay is something you hear a lot of talk about, but rarely follow through on. Neither activity constitutes what might traditionally be called “fun.”

They’re difficult but rewarding, and if you’re already in Korea reading this, you’re obviously not afraid of facing a challenge or two. If you want fun and candy, go to Everland. If you’re ready for an enriching endeavor and something meaningful to cross off your lifetime to-do list, sign up for a temple stay.

Apparently, monks don’t care much for sleeping. Around the time some are still stumbling home from the bar, tens of thousands of monks around the country are rising from their humble mats to start the day. At the temple, it is lights out at 9 pm, and lights abruptly back on at 3 am for the morning service. These monks don’t seem to get that just because 3 am technically qualifies as “morning,” it’s definitely very un-morning-like.

Despite every bone in my body rejecting the wake-up call, there was an incredible dreamlike beauty to being summoned at that hour to a grand temple hall in the midst of hundreds of monks chanting sutras in hypnotic rhythms. And it got even better. We then gathered outside to watch the ceremonial playing of the Dharma drum and gong. As a percussionist, I can attest to the fact that these monks are rhythm masters. The final justification for rising before dawn? Having the run of an empty temple at sunrise, before the crowds set in.

As if a strict vegan diet wasn’t going to dull down the temple food scene enough, onions and garlic are also forbidden since these are thought to increase one’s libido. Needless to say, celibacy and aphrodisiacs aren’t a great match.

That being said, the temple cooking staff has learned a few tricks with their limited ingredients. The firm tofu in the tangy sauce was so good it had everyone at our table wondering what Buddha’s teachings might say about second helpings. But be forewarned that wasting food is not appropriate in temples. Also, it pretty much goes without saying that alcohol isn’t going to happen, no matter what you might wish for.

In a culture where we’ve learned to bellow “Yeogiyo!” to get some more meat on the grill, temple etiquette requires a whole new learning curve. It’s one thing to visit a temple on your own time and manage to not shout. It’s quite another to don monk-wear and emulate monkish behavior. The first step is shutting your mouth. Cheap talk and pleasantries aren’t particularly valued at the temple. Even at meal times, hardly more than a whisper can be heard. Being surrounded by hundreds of monks in their ultimate uniformity could even be called intimidating. But since these monks don’t even hit mosquitoes, you’ve got nothing to worry about!

Instead of living in blissful ignorance, monks try to make amends for their own shortcomings and give thanks to greater powers. In a way, the concept reminds me of the deliberate nature of being thankful at American Thanksgiving—the slight difference being that Americans say a few profound words once a year while stuffing their faces with all edibles in reach, while monks prostrate 108 times in the wee hours of the morning 365 days a year. What does prostrate mean, you might ask? We’re talking about full bows, forehead to the floor. Don’t think that temple stay guests are exempt. On the bright side, it really warms you up for a guilt-free day!

How bad could it be sitting cross-legged on the floor with your back straight? Let’s just say that Buddha either enjoyed excruciating pain or didn’t have long legs. Meditating monk-style had me wishing I was still doing prostrations. If you’re an advanced yogi who takes down breakfast in the lotus position, then this could be a cinch. But if your standard posture includes a sofa or an office chair, you’re in for, well, a challenge.

Now, Ignore What You Just Read

Yes, there are some trying aspects to a Korean temple stay. On the other hand, the experience offers a totally unique insight into monastic life and a chance to discover the warm personalities beneath the stoic appearance of the monks. Any impression you might have had about monks being soft little vegans will be completely blown away. These guys are tough as nails and spending a day with them will impart you with a newfound respect for the lengths they go to stay true to their beliefs.

Beyond being faithful followers, monks are real people. I asked one monk if he was allowed to listen to music. With a boyish grin, he replied, “I like heavy metal.” Go figure! I guess if I had to live like a monk, I might turn to some heavier tunes too!

I did my Korean temple stay at Haeinsa, a UNESCO World Heritage site located within Gaya Mountain National Park in North Gyeongsang Province. It is well known as the home of the Tripitaka Koreana, a collection of 80,000 carved wooden tablets of Buddhist scripture that have been preserved for more than 750 years. Haeinsa is also revered for its beautiful natural surroundings, mesmerizing morning service, and national champion monk-drummers. I highly recommend a Korean temple stay here, though there are plenty more to choose from around the country.