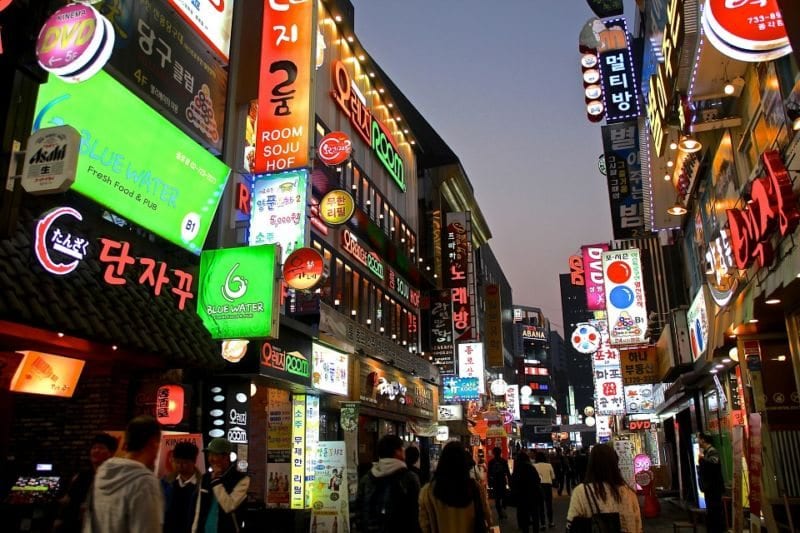 Travelling or living in Seoul? This is for you!

Someone who lives in one city for a long time seems to never end up going to the famous “must-sees” that surround them everyday. They put it off, subconsciously thinking that they’ll eventually get to it, or that the long lines and big crowds really aren’t worth the hassle.

New Yorkers hardly spend their Friday nights at Times Square, Londoners pass by the Big Ben without a second glance, and Seoulites likewise rarely stop by the places that make 10 million tourists flock to South Korea every year.

Though I’ve spent over half my life in Seoul, I shamefully admit to going to the same restaurants, movie theaters, cafes, every day, week, and month over and over again. The routine can get old, fast.

But working two jobs while juggling a (sort of existent) social life and studies makes it hard to find time to play “tourist”. So I gave myself one full day – 24 hours – to let myself be a tourist in my own city. Here’s what happened.

Before I went off on my little spree, I (like any good millennial) did my research. The perfect match to my pursuit seemed to be The Discover Seoul Pass. The pass would last exactly 24 hours and give me free access to 16 different locations in Seoul, chosen from high ranking spots on TripAdvisor. On top of it – I could skip the long lines. Seemed like a good enough deal.

There was no way I was going to be able to go to all 16 places in one day, but even going to a good 4-5 locations would give me my money’s worth. I decided to go to 5 locations (6 including picking up the pass) – all within reasonable distance of each other.

This was my itinerary:

On the day of my big “tourist day”, I arrived at Myeongdong around noon to purchase my pass. I could have gone to one of their other locations or bought it in advance online and picked it up, but Myeongdong was the closest location to the other 5 spots I wanted to hit that day.

I got off at Eulji-ro station (을지로입구) exit 5 and walked 3 minutes to the Myeongdong Tourist Information Center (google map here) .

The workers are the Tourist Information Center spoke perfect English, were friendly and informative (Tip: you can only buy the pass with cash! Credit card not accepted).

I told them I wanted to buy the Discover Seoul Pass and the workers explained all the card’s benefits and details:

*The price of the card is subject to change.

One thing I didn’t do, but could have done with my pass is hop onto a City Tour Bus with a discount of 10-20% off.

I really recommend downloading the Discover Seoul app if you’re getting the pass – it’s an easy way to track your day as you go along. Here’s some basic information about it:

The process to purchasing the card was really quick and easy – I was in and out in 5 minutes. I walked out and downloaded the app on my phone and after syncing my card to the app, I walked into the heart of Myeongdong and did some window shopping (or as the Koreans say, “eye shopping”) before lunch.

Stellar kalguksu (hand cut knife noodles) at Myeongdong Kyoja – I’ve been going to this place since I was a kid and this shit is still on point 20 years later. I love that it comes with a wee bit of rice so I can sop up the rest of that broth #weeatingseoul #칼국수 #seoulfood

But soon enough, I was more than ready for some food. One place I always stop by in the area is Myeongdong Kyoja. Kyoja is ridiculously good. They only have around 4 things on their menu and are most famous for their kalguksu (칼국수), which literally translates into “knife noodles.” These noodles are ridiculous. No, they’re ridonculous. An absolute must-try when in Myeongdong.

After lunch, I headed over to my first location: Gyeongbokgung Palace. Unfortunately, the palace wasn’t within walking distance so I had to take public transit. And though I have my own T-money card, for those visiting for a short time, don’t forget that the Discover Seoul Pass can also be used for transportation (subway, bus, and taxi)!

Buying a separate transit card costs around 4,000w (roughly $4) at most locations, but with the Discover Seoul Pass you won’t have to buy a card separately. You can also use the t-money function to buy things from convenience stores and at selected restaurants, shops, and cafes (such as McDonalds, Starbucks, and The Faceshop).

And if you still have a positive balance on your card at the end of your use, don’t worry! You can refund that amount at a number of locations.

The commute to Gyeongbokgung Palace took around 15 minutes via subway. With my pass, I skipped the line for the ticket booth and headed directly into the grounds. Here and my last stop (Namsan Tower) were probably the places where the express function came in the most handy, as they are the two most crowded locations I visited that day.

Gyeongbokgung Palace was built over 600 years ago, in 1395, as a residential palace and was the first palace of the Joseon Dynasty. The palace is surrounded on all sides by walls 2,404m in length and is located in the heart of Seoul. Inside the grounds, you can see tourists dressed in traditional hanboks, which you can rent on site for your visit!

The grounds are gorgeous – I feel like my favourite part is seeing the huge skyscrapers behind the ancient architecture of the palace; it’s kind of bizarre to see the two right beside each other.

Next on my list was Grevin Museum, which has an exhibition of eighty wax figures on display – including both Korean and international celebrities. Some notable names that you might recognize are: Kim Soo-hyun, Lee Min-ho, Psy, G-Dragon, Michael Jackson and Marilyn Monroe.

It’s a really high quality wax museum and its interactive features, like their pop art photo booth and 3-D scanning technology that lets you create your own wax figure, lets you interact with your museum instead of just look at its pieces.

(Tip: I found out that if I hadn’t had the Discover Seoul Pass, an admission ticket would have been 18,000 so if you’re planning to hit this place up, getting an inclusive pass seems like a good idea). 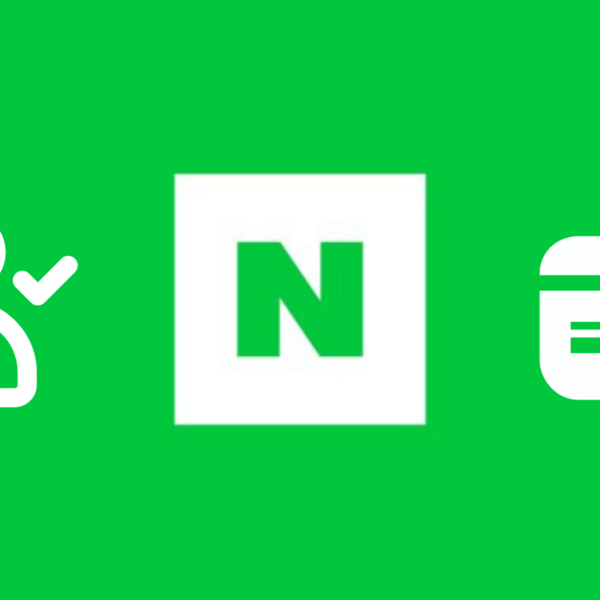 Then I headed over to K-live, which uses holograms, panoramic screens, and surround sound systems to give you a state-of-the-art virtual experience of a K-pop concert. If you can’t go to a live k-pop concert, this is probably the next best thing!

I’m really not much of a k-pop fan, but a tour of Seoul without a taste of k-pop would probably feel incomplete for a lot of people. And for those of you who are into hallyu, k-live is a must-go.

My next stop was Leeum Museum, which is located near Itaewon, the heart of the foreigner district in Seoul. Privately owned by the Samsung family, but open to the public, the museum hosts modern pieces from both Korean artists (such as Kim Chong Hak, Park Soo-Keun, Lee Jong-seop) and international artists (such as Jean-Michel Basquiat, Francis Bacon, Louise Bourgeois).

It’s small compared to places like MOMA and Tate, but the arrangement of the pieces are extremely well done and the architecture of the place is incredible. Definitely a must-see for any art-lover in Seoul.  (Tip: opt for the Samsung tablet audio guide! It provides great descriptions and background information).

Lastly, I headed to Namsan Tower to finish off my day.

Like I said before, it was here that I became really thankful for express function. At the smaller museums, it didn’t make that much of a difference but at larger and more popular locations, the express benefit was a god send.

Also, for those who don’t speak Korean, whipping out the card will get you an automatic wave in, without the awkward hand gestures and intermittent “ums” and “ers” that you’ll have to struggle through. There’s a ticket booth outside the tower but I headed directly inside the entrance and was automatically waved in by the person at the front desk when I showed them my pass.

Without a doubt, Namsan Tower has one of the best views of Seoul at night; (permitting good weather) you can see everything.

It felt weird to play tourist after living in Seoul for such a long time. It was nice, in a way, to be able to see the places I pass by everyday in a different way. It helped that I knew how to get around, but whether you’re new to the city and visiting for a mere 24 hours or you’ve been a Seoulite all your life, maybe spending just one day to try and absorb as much of a city as you can is something worth doing every once in a while. 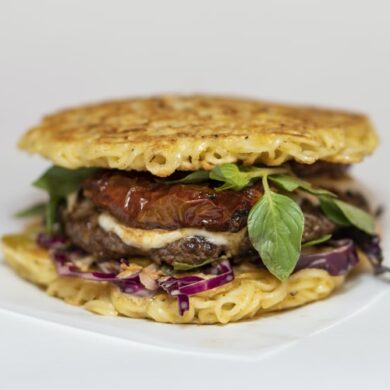