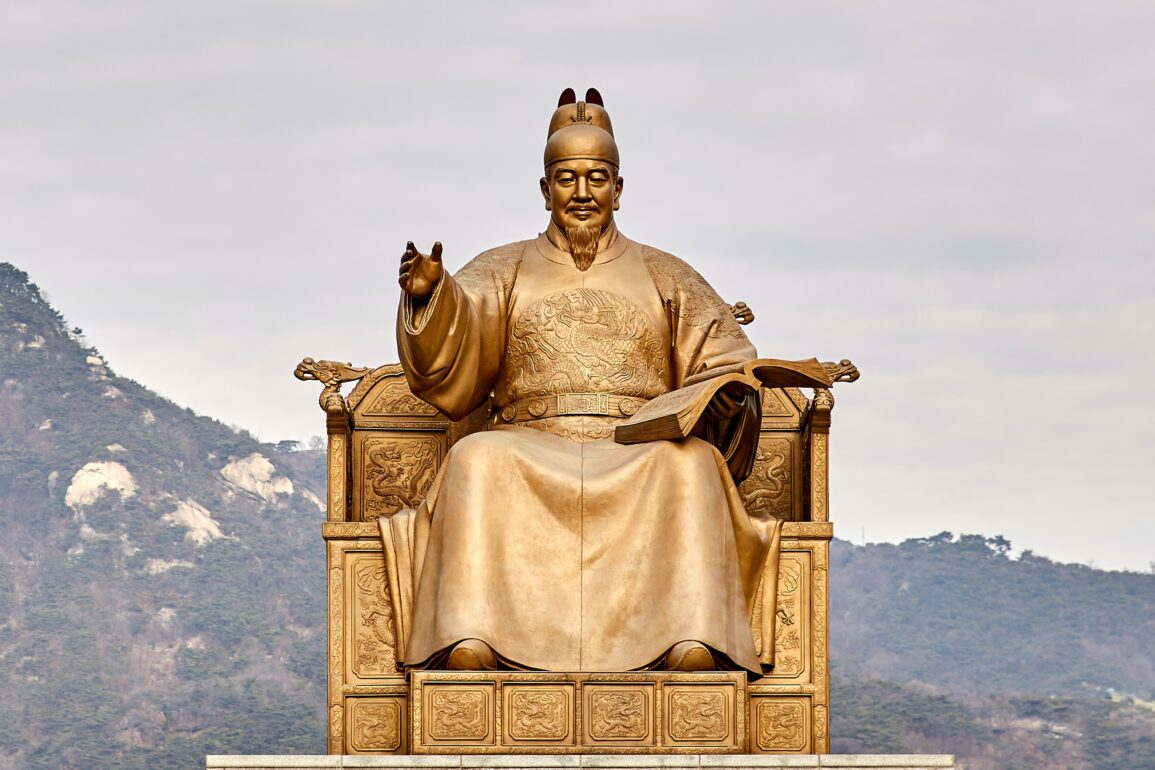 History isn’t without its foibles and quirks. If it’s not lack a of information about Shakespeare, then it’s the real truths behind Lincoln’s press for abolishing slavery. Korean history, however, benefits from a stringent documentation of history and an unforgivingly detailed account of many historical figures. So here we are from the embarrassing to the incredible, Five Korean Kings from history you didn’t know you wanted to learn about.

The 36th king of Silla (one of the three kingdoms which would eventually combine to form Korea), King Hyegong spent most of his time in power fighting off rebellions led by high officials. The final rebellion came in 780 AD when the forces made their way into the capital which resulted in his death.

Get this though, the reasons behind all the rebellions and his death are thought to be due to his girlish and effeminate disposition. Yes, there are people who allege that Hyegong was unfit to rule due to being a metrosexual. Others claimed he was a female soul born in a male body, hinting towards the idea of an either transgender or homosexual royal, who preferred the company of men rather than women. Who knew queer Korean kings existed?

While there isn’t much to this story, there is a story about Hyegong being born a girl but then being changed to a boy after his father pleads with a deity. Hmm, I don’t know which one I prefer.

As the third Korean king of the Joseon Dynasty, King Taejong’s reign only lasted for 18 years. During those 18 years, he consolidated the power of the royal house, built up the military, and increased the income of the kingdom twofold.

His troubles, however, read like a Shakespearean drama. He fought with his father and brothers to establish the Joseon dynasty. The smoke cleared with a new dynasty and another brother named as the crown prince.

After the death of the queen (due to an unrelated matter), he raided the palace and mowed down three of his brothers including the crown prince along with a host of their entourages. In an effort to calm matters down, his father abdicated and left one of his brothers in the throne.

Unfortunately, this only angered Taejong and he retaliated with a full out rebellion. Three brothers and one all out rebellion later, Taejong himself took to the throne to become king.

And that, ladies and gentlemen, is how it’s done.

In addition to creating a precursor to the modern Korean language and being featured in the game Civilization V, Sejong the Great is considered to be the greatest figure in Korean history and the most admired amongst Korean kings. Certainly his figure as a scholar and benevolent ruler puts him on a pedestal in the pantheon of human history.

One group of Koreans who didn’t exactly bask in his benevolence were the Muslims. Since the Yuan dynasty, the Korean Muslim community in Korea enjoyed a special status and stipends. From their contributions to science to the introduction of distilling process, Islam has a rich history in Korea.

Not that it mattered to King Sejong since he stripped them of all perks and closed down their mosques. Not much of a “Thank you” to the people who were instrumental in the discovery of Soju in Korea.

While Sejong the Great may enjoy his popularity as one of the figureheads of Korean history, his progeny haven’t had the same luck. Danjong’s father, the son of King Sejong, died at the age of 22 leaving Danjong to succeed his father at the age of 12.

In 1453, one year after gaining the throne, his uncle Sejo led a coup to take the throne and in 1455 Danjong was forced into exile. Immediately after being exiled, Danjong was demoted (I didn’t know this was possible) to a prince.

His troubles weren’t at an end, however, and in 1457 he was murdered at the age of 16 and buried as a prince. He remains today as the only king in Korean history to be buried without a royal procession.

Not entirely famous in his own right, King Yeongjo is known more for standing by and allowing his son to be murdered. A psychopath with the tendency to rape and murder people, Yeongjo’s son, the Crown Prince Sado, wasn’t exactly what you’d want from your future successor.

Unable to act against the crown prince, his wife ordered that the prince be locked in a large wooden rice chest in the middle of summer. His death by suffocation has been well documented, but documents have surfaced questioning the reasons behind his death.

It still isn’t known whether he was indeed a rapist/murderer or if he was merely the victim of political conspiracies. The only thing for sure is that summer in Korea sucks enough without being locked in a rice chest.

This familial drama was broadcast in the drama “Eight Days, Assassination Attempts Against King Jeongjo” (정조암살미스터리 8일) with, what I can only assume, were some epic K-pop ballads streaming through the background.

If you find this article helpful, leave a comment below! You can also check out our article on “The 5 Oldest Seoul Palaces you should be visiting” for more history lessons about South Korea.