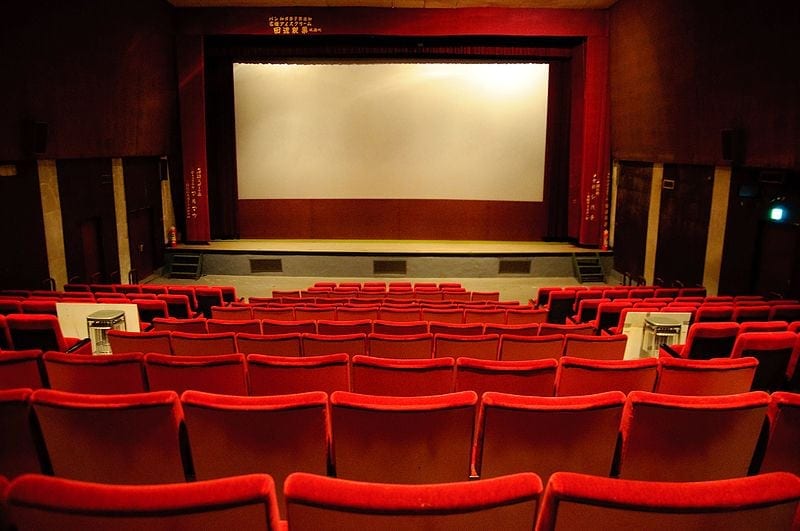 Though South Korea may be well-known for its K-pop and K-dramas, its film and art industries are still highly underrated at least on the international scale. Though Korean movies such as Netflix’s Okja have brought more international attention to the caliber of Korean cinema, there are plenty of movies that are fantastic but still relatively unknown outside of Korea.

Some of the country’s best movies are highly influenced by Korea’s difficult and often turbulent history. By using film as a medium to bring to light major events in the country’s past such as Japanese occupation, the Korean War, and military rule in the late 1900s, the Korean film industry has proven its high caliber of craft through its deep and relatable storytelling.

Here at 10 Magazine, we’ve compiled a list of 10 “must see” Korean movies for foreigners (in no particular order). Though there are plenty of similar listicles like this on the net, we’ve focused our selection to include Korean classics from over 8 years ago.

* You can check out how to watch these Korean movies with English subtitles in our article “How to Watch Korean Dramas and Movies Online with English Subtitles”.

Summary: When a college student is violently interrogated for protesting against the oppressive military regime, it leads to his death. A massive cover-up ensues, only to unite ordinary citizens together to seek justice and bring the ordeal to light.

Why You Should Watch It: This political thriller is not only entertaining but also eye-opening. Nearly all the characters in the film are based on real-life figures, with their motives and actions intact, which makes this film both real and raw. 1987 has both a strong storyline and powerful characters, and the intensity of the film makes it hard to believe that the events truly happened.

Summary: As people fee during the Korean war, a young man leaves his father behind to find his lost sister. This generational story follows his journey through love, loss, and war; all to care for his remaining family highlighting Korean history from the 1950s to the present day through the life of an ordinary man.

Why You Should Watch It: At first glance this Korean movie is emotional, stirring, and poignant; after a closer look, however, you’ll see that it’s educational as well in the way that it relays Korea’s history after the Korean War. The storyline will tug at your heartstrings as you see the brutal hardships and sacrifices Korean people have gone through since the 1950s. With a moving script and flawless performances by the actors, this film will leave you with tears in your eyes.

Summary: A young, successful, wealthy man commits crime after crime, until a detective decides to hunt him down, and bring him to justice.

Why You Should Watch It: A good action comedy is hard to come by, but The Veteran does so perfectly, all while keeping a solid momentum of storytelling. With a high production value and an amazing cinematic opening sequence, you are sure to be entertained from the start.

Summary: When a mysterious disease takes the lives of many villagers, a policeman attempts to find its source. As he investigates, he discovers that the stranger who arrived in town could be responsible for the horror, and he soon realizes that solving this case is the only way to save his daughter’s life.

Why You Should Watch It: This mystery film can be described as thrilling, terrifying, with even a bit of comedy thrown in at times. The immersive plot gives viewers a great representation of the Korean thriller genre. Never relying on horror tropes or jump-scares, this movie is truly unpredictable. By the end, you’ll be sure to yearn for more horror films of this caliber.

Summary: An ambitious and snobby attorney finally sees the effects of the military regime, when his old friend is arrested. He decides to represent him and begins a journey toward caring more about the democratization movement than his social status.

Why You Should Watch It: Both the writing and the performances of these characters, bring this story to life. They remind us why we must fight flawed justice systems, as we root for the characters realistic intentions. If you love a good courtroom drama, you care about Korean history, or you just want to be entertained; look no further than this.

Summary: Amid the Gwangju Uprising, a Seoul taxi driver receives an offer too good to be true. All he has to do is drive a German reporter to and from Gwangju before curfew. As a widowed father, this money would help him and his daughter immensely. By agreeing to the seemingly easy task, he finds himself amidst the large-scale political demonstrations and must find a way back to his young daughter.

Why You Should Watch It: It seems that for years, Koreans were awaiting a film that showed the true side of the Gwangju Uprising. Finally, they felt Korean history was properly portrayed through this poignant film. In the modern Korean society, viewers want both a heartwarming story, and significant historical context, A Taxi Driver gives that, and more.

Summary: After getting worn out and tired of her life in the city, a young woman decides to return to her hometown, where she hopes to find comfort in the slow-paced life of the countryside.

Why You Should Watch It: Many Koreans in the younger generation fell in love with this film; not just because of the cute storyline, but because it was highly relatable, and so poignantly said what so many of them are feeling. It shows a simpler life that is so often desired in an age of materialism and competition.

Summary: A young handmaiden to a Japanese heiress, gets entangled in a plot to defraud her. All is going as planned until the two women develop feelings for each other, and a controversial relationship ensues.

Why You Should Watch It: This visually exquisite masterpiece reminds us, once again, why Chan-wook Park is one of the greatest directors of our time. With an imaginative story and a brilliantly timed plot, the mystery within The Handmaiden’s storyline unravels itself perfectly. The portrayal of the lesbian relationship is explicit and unapologetic, which created both waves and praise from the public.

Summary: An old, married couple has lived a life full of love and experiences. Now, they must face the final moments of their marriage.

Why You Should Watch It: This documentary is proof that true love exists, and for 86 minutes you get to be part of that pure love. After seeing artificial drama played out on movie screens so often, it is a breath of fresh air to experience a film so natural, raw, and moving. When you’re in the mood for a touching story with brilliant direction, look no further than this film (though be warned, you will cry).

Summary: A group of high school girls becomes inseparable, and vow to stay together forever. However, when a terrible event occurs, the girls go their separate ways. After 25 years, as one of the members lies on her deathbed, she requests to see her long-lost friends one last time.

Why You Should Watch It: Sunny makes us believe in friendship the way we did when we were young. Although simple at its core, the storyline makes us yearn for the bonds depicted in this film. The screenplay, direction, and acting all leave viewers feeling sentimental; by the end, you may be compelled to reach out to your long-lost friends too.

Feel like there’s a movie we missed? Let us know in the comments below! You can also check out Korean movies that are LGBTQ friendly in our article on Being Gay in Korea: LGBTQ Life in Modern Day South Korea.