Talented Korean genre-bending women who show how varied musicians are in Korea. 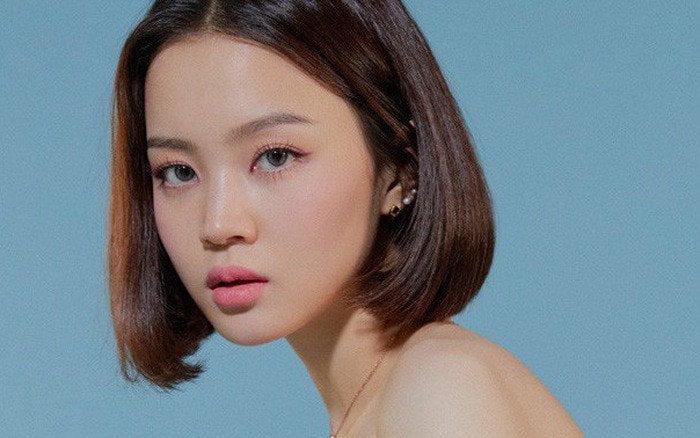 The Korean music industry has been making huge waves in mainstream media recently, and K-pop idols are at the center of this movement. However, there are a number of Korean artists or musicians who don’t necessarily identify as K-pop idols and find themselves feeling more comfortable being referred to as R&B, Hip hop, or Alternative artists.

Being Korean and being a musician doesn’t equate to being an idol or fitting into the narrow genre that western outlets define as Korean music. In fact, many idol groups such as Mamamoo, GOT7, Red Velvet, and BTS have released singles that are soulful and moving, illustrating that not even idols can be confined to what the western musical scene expects K-pop to be.

There is no one genre that makes Korean music — there are varied sounds, lyrics, and vibes. And here are some incredibly talented Korean genre-bending women who show how varied musicians are in Korea.

Former JYP Entertainment artist, Park Jimin is a twenty-three year old vocal powerhouse. She won the first season of “K-Pop Star” in 2011 and became well known for her cover of “Rolling in the Deep” by Adele. Her first EP “19 to 20” showcases her skills as a songwriter and composer. Her second EP “jiminxjamie” has a more mature sound as she recounts personal experiences with her alluring voice. She has recently starred in “Good Girl” on Mnet and displayed her charisma and how her rich voice is able to transcend different sounds.

Listen to her most popular single “Stay Beautiful” here.

Former YG Entertainment artist, Lee Ha-yi, was the runner up to Jamie on the first season of “K-Pop Star.” Lee Hi has a deep and euphonious voice. Her collaborations with AOMG producer and composer Code Kunst are the best way to dive into her musical artistry and appreciate her voice. The genres that suit her style are R&B and Soul. She has recently signed with AOMG so we can expect more R&B-influenced sounds from her.

Kim Ryeong-hwa is a feminist rapper. Her lyrics touch on the marginalization of the LGBTQI community in Korea. She is signed with Daze Alive Music. She is a highly skilled lyricist and has a flow to match, and is well-respected in the underground music scene. Through her music, SLEEQ challenges misconceptions surrounding feminism in Korea, which is often seen as a synonym for being a misandrist and not for what it is: believing in and advocating for equality between the sexes. She recently starred alongside Jamie and eight other women in the Korean music scene. She displayed her versatility as a musician and her humble and wholesome nature.

Listen to SLEEQ’s recent single “Here I Go”, as performed on “Good Girl.”

Cho Yoon-kyoung was born in Korea in 1998 and moved to Chicago in 2009. However, she moved back to Korea and starred in a couple of music competitions. Her stage name, DeVita, is inspired by the fictional character, Salvatore Di Vita from “Cinema Paradiso.” And María Eva Duarte de Perón, the second wife of former Argentine president Juan Perón. DeVita stated that the combination of these figures for her stage name illustrates her “desire to inspire and influence listeners’ lives through her vibrantly colored music.” She debuted with her EP “CRÈME” in April 2020 after signing with AOMG which delivers a work of contemporary R&B.

Her love for cinema comes through in the visuals that accompany her tracks. The music video for her title track “EVITA!” has a futuristic aesthetic with jazzy sounds and retro fashion looks. All the songs on her EP were written by DeVita, demonstrating her talent as a songwriter. Similarly to SLEEQ, she is vocal on social issues and uses her platform to promote equality for all.

Do you know more female Korean artists? Leave a comment below! You can also check out our article on 5 rising underground artists from the K-R&B Music scene.