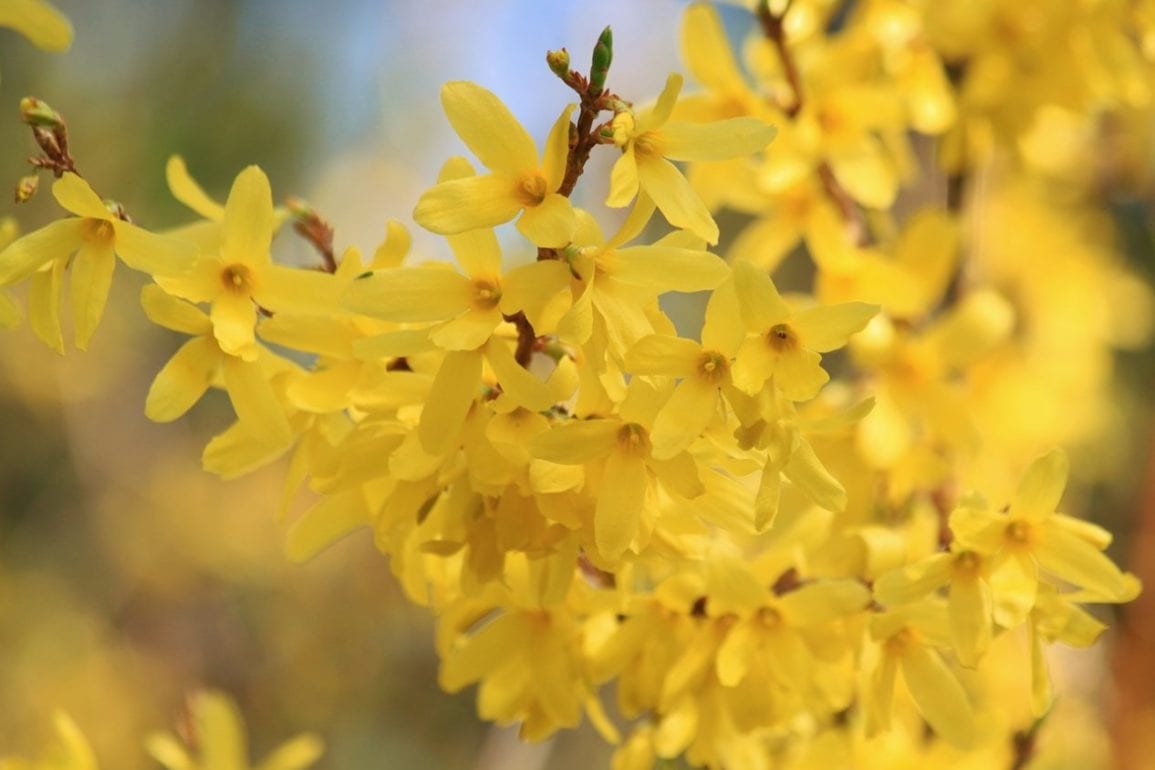 The Many Spring Flowers to Enjoy in Korea

When the grey slosh begins to melt away from the streets and the temperature remains at a consistent 10°C+, you’ll begin to see spots of pink, yellow, and white spring flowers in Korea. This winter was particularly cold and long. However, with spring just around the corner, we thought it would be a perfect time to write an article to celebrate the flowers that bloom every spring in South Korea in the order of their expected arrival! 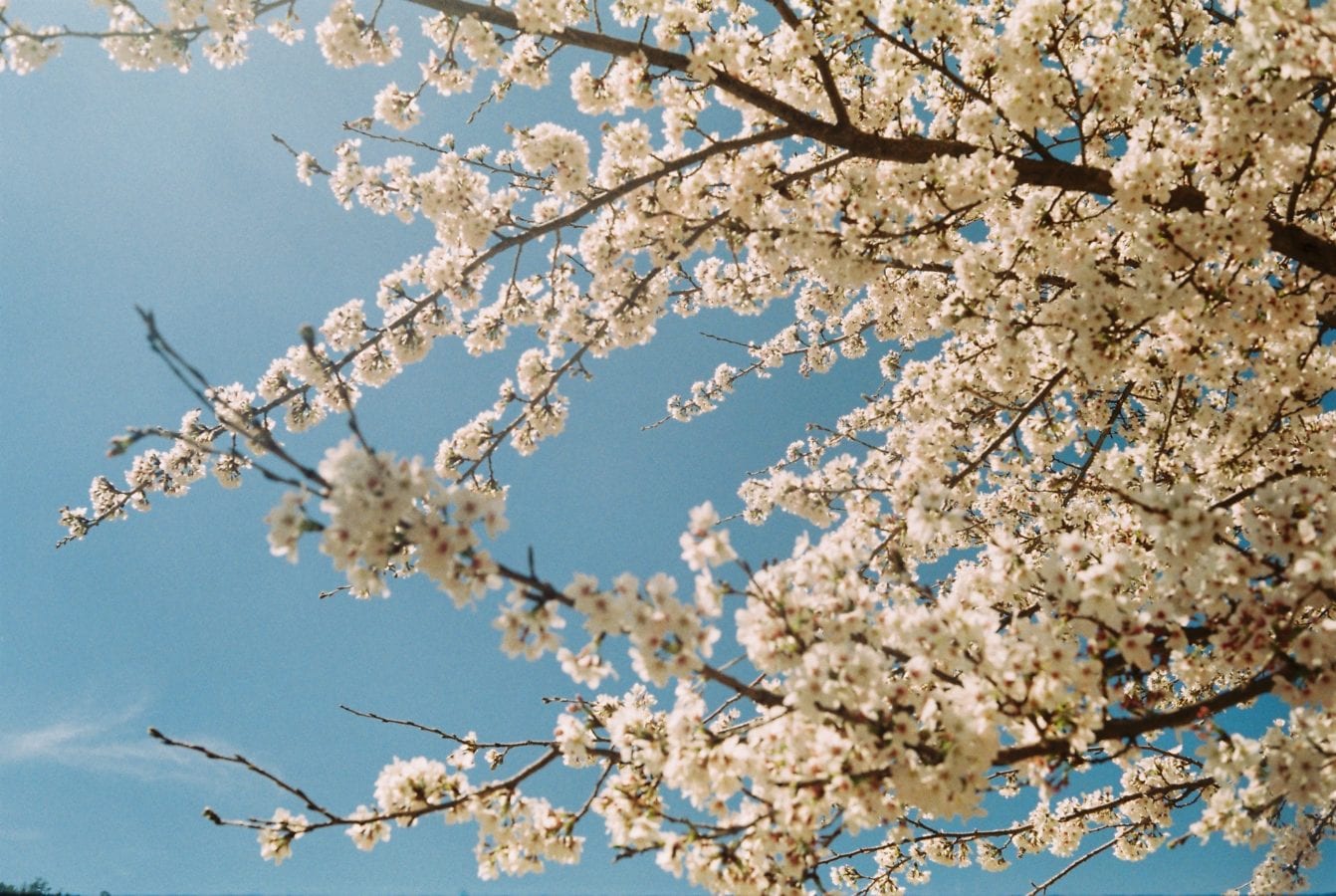 The Plum Blossom will likely be the first flower you’ll see as an indication of spring’s arrival in Korea. White or pink in color, this flower grows on the branches of plum and apricot trees that first originated in China and then later came to Korea, Japan, Taiwan, and Vietnam. Green maesil plums, that grow on the branches of this tree, are the main ingredient for Maehwasu (매화수), or Korean plum wine.

Where to go? Every year you can enjoy the Plum blossom at the Gwangyang Maehwa Festival 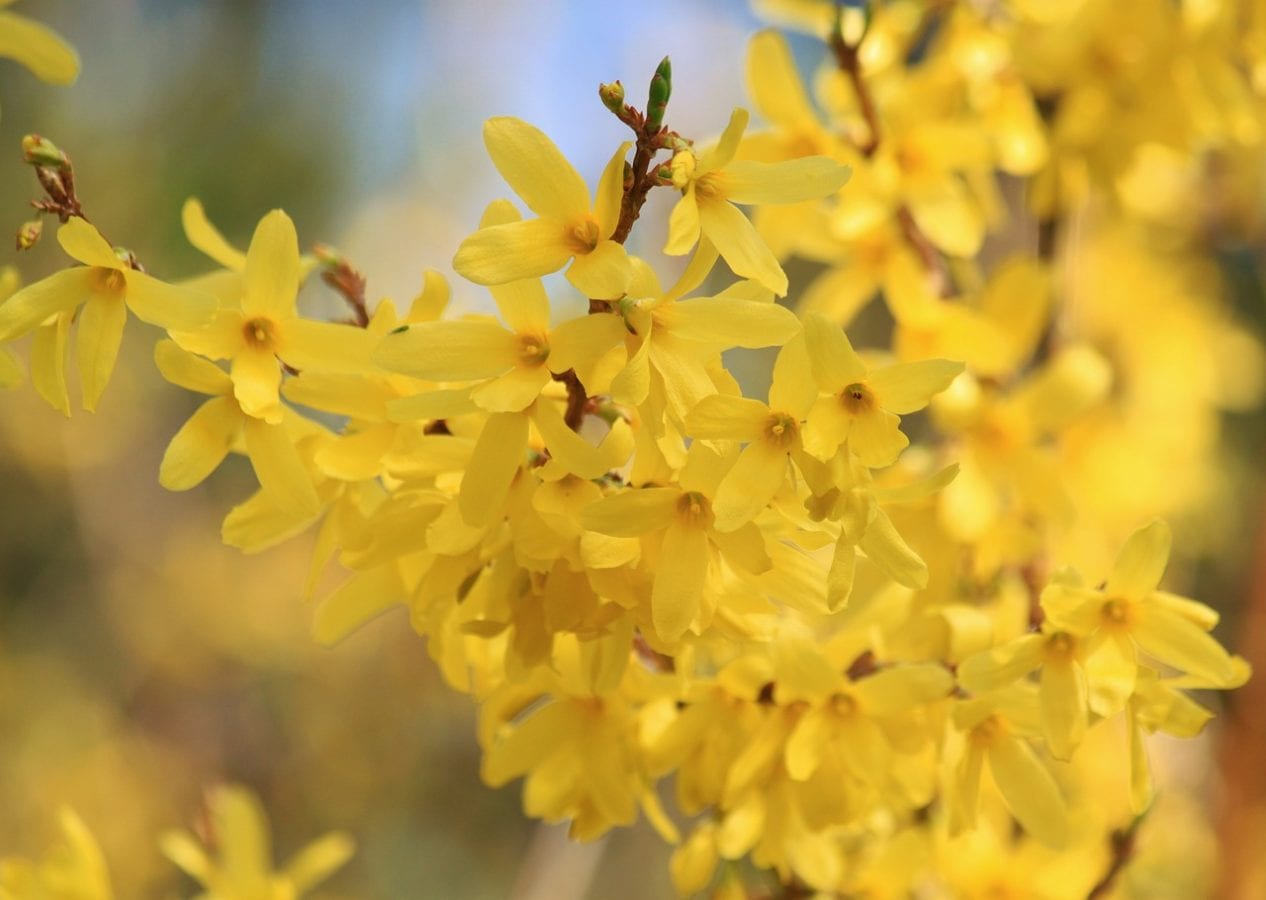 The next flower you’ll see in Korea will likely be the yellow blossoms of the Golden bell tree, which grow low to the ground on a deciduous bushes. These flowers seem to bloom in throngs out of nowhere early springtime, creating masses of yellow throughout cities and mountains.

Where to go? In Seoul, you can see those beautiful flower blossom at the World Cup Park! 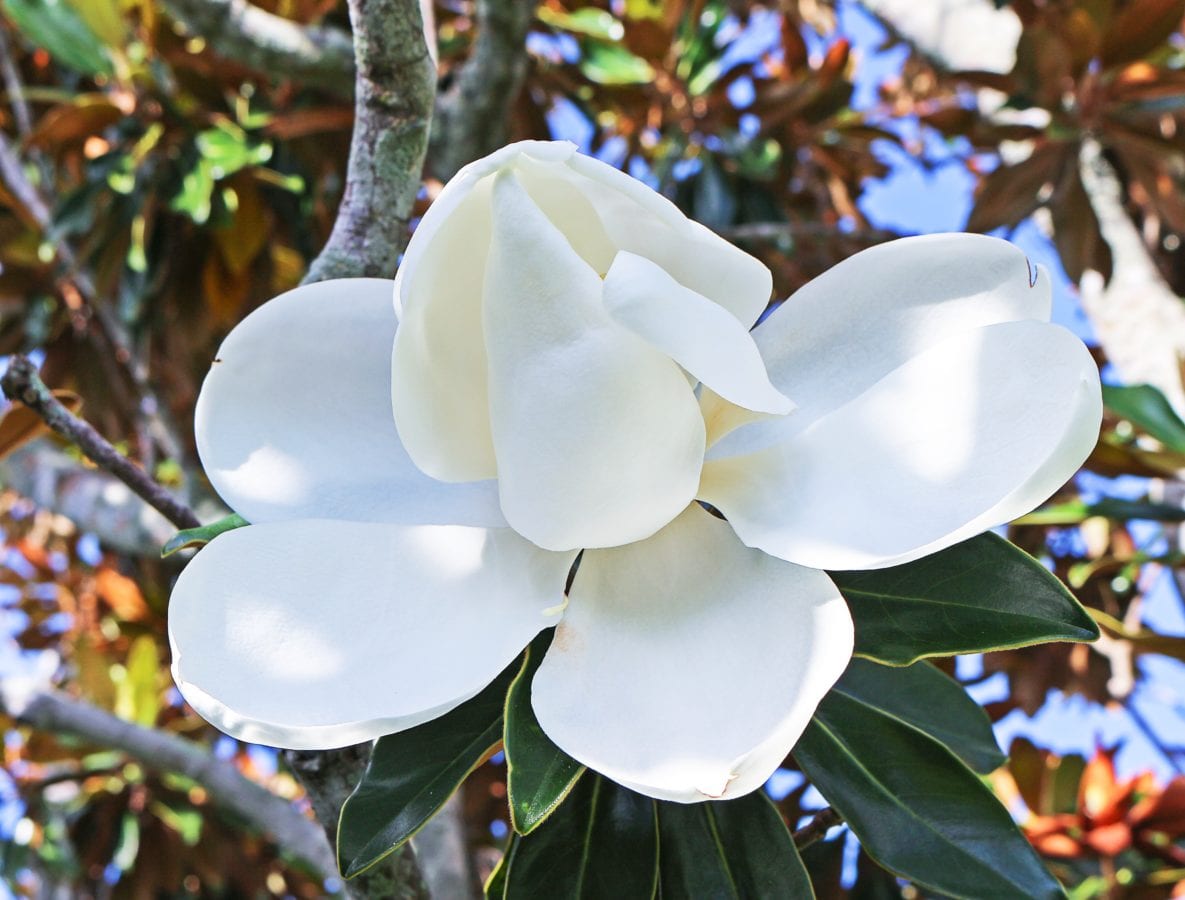 One of the most noteworthy among the spring flowers in Korea is the Magnolia. It is white in color with a yellow center; the flower is said to represent dignity, nobility, and femininity and is planted often across university campuses in Seoul and throughout cities.

Where to go? The Chollipo Arboretum, one of Asia’s top botanicals and home to many flowers, organizes a magnolia festival for you to enjoy! 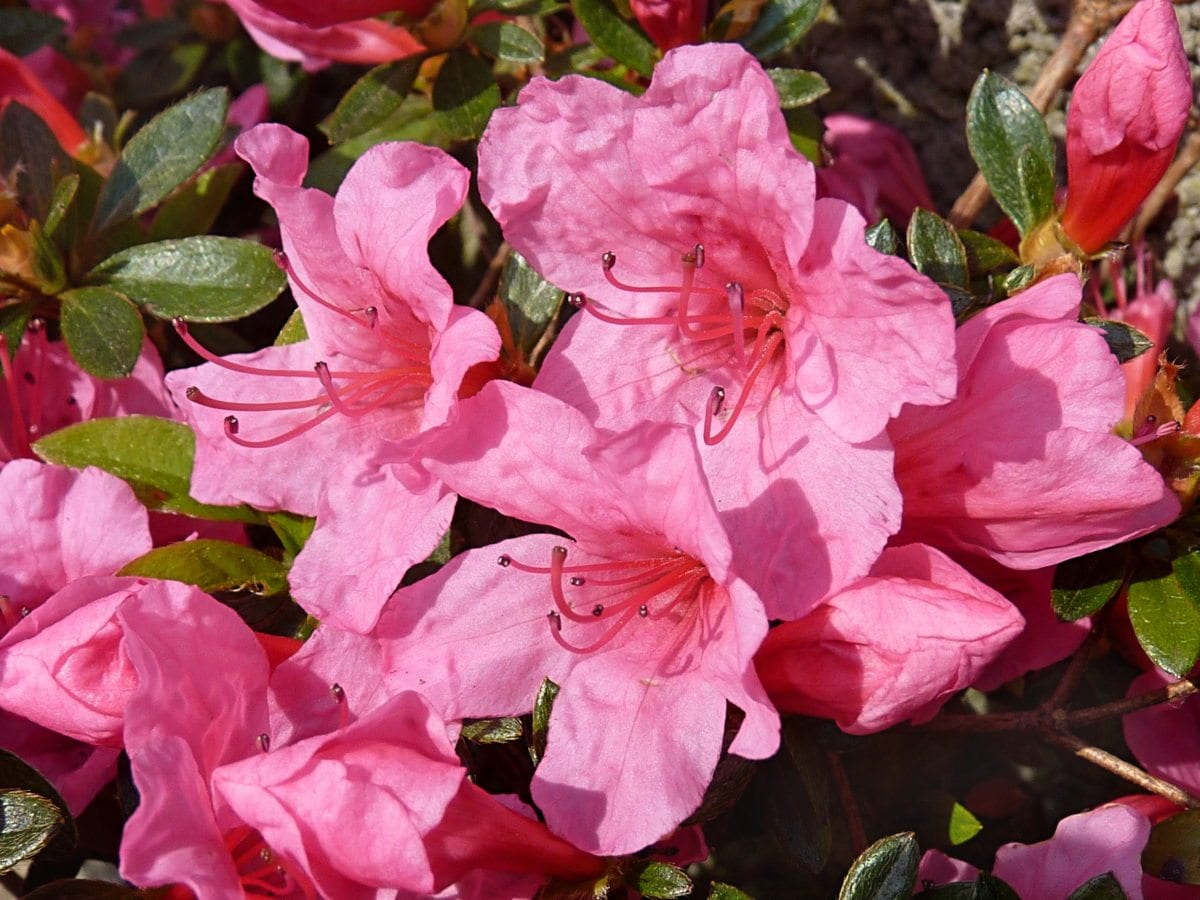 The Azalea is a flowering shrub and its blossoms last for several weeks during mid-spring in Korea. With a distinct pink, almost purple, color the azalea is native to Korea, Mongolia, and Russia and grows most commonly on mountains in the country.

Where to go? Every year you can enjoy the Azalea Festival at the Goryeosan Mountain near Incheon 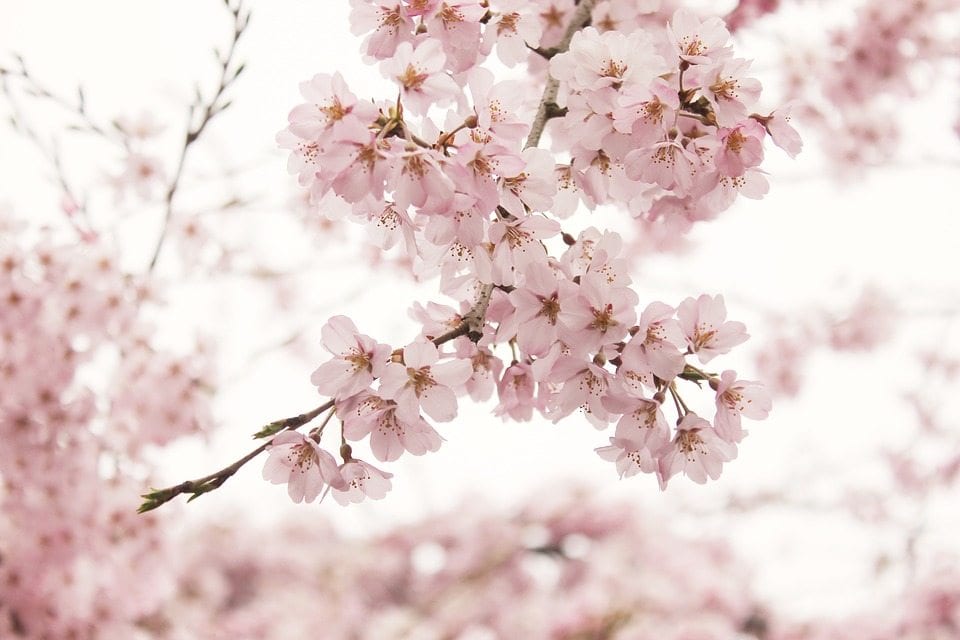 The cherry blossoms in Korea are absolutely gorgeous and the country has several festivals to celebrate the bloom of these flowers every year. You can find the pink hue of cherry blossoms scattered all across the country, but if you want to be completely surrounded by the blossoms, consider visiting one of the many festivals that take place in Seoul, Jeju, Jeolla, and other regions in Korea.

Where to go? Well basically you can see cherry blossom everywhere, but in Seoul you can enjoy the view for example at Yeouido Park or Seokchon Park

The Rapeseed flower is a bright yellow flower that often grows in open fields across Korea. Though the flower is most often sought out for its oil-rich seed, the blossoms themselves are amazing to witness. Every year, a rapeseed flower festival is held in Banpo Hangang Park in Seoul, South Korea mid-May.

Where to go? Well in Seoul you can enjoy a small festival at the Banpo Hangang Park

If you found this article helpful, leave a comment below! You can also check out other ways to enjoy spring in South Korea in the article, ‘6 Ways To Enjoy Spring in Korea‘.