Where To Find Cigars, Shisha and More Around Seoul 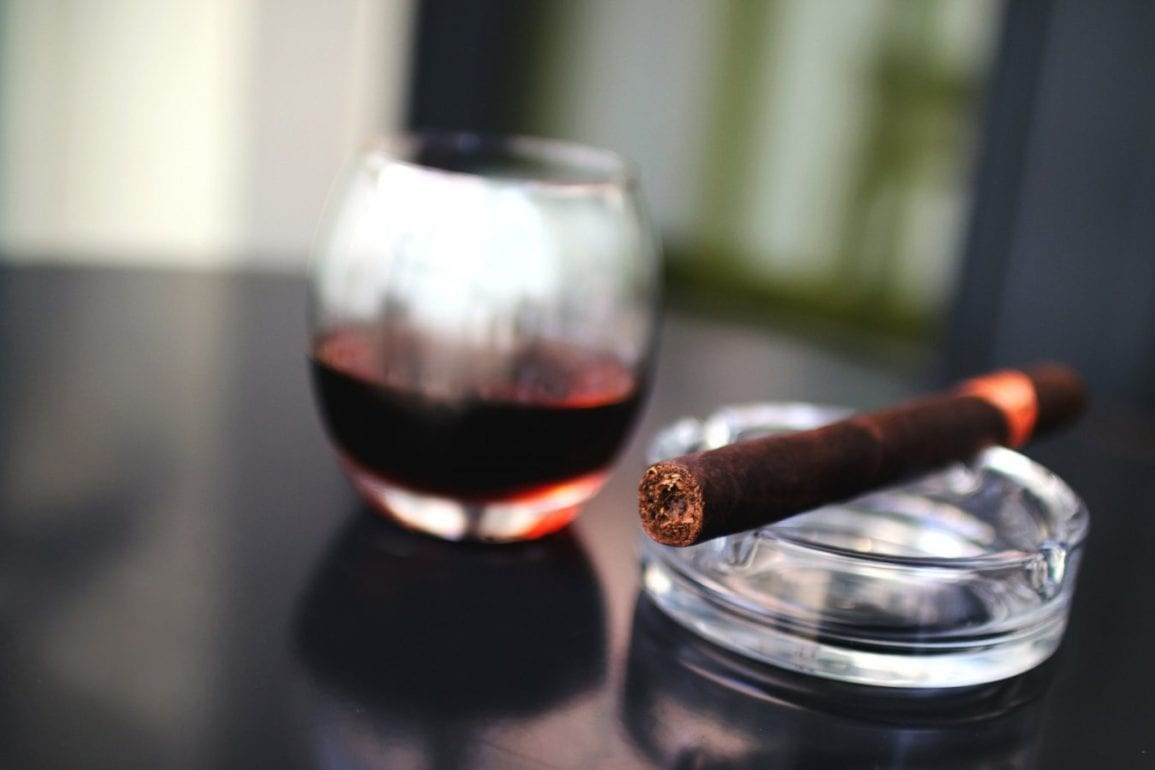 Where To Find Cigars, Shisha and More Around Seoul

Smoking cigars, shisha and even cigarettes in South Korea is constantly evolving. From a country that once boasted of one of the highest rates of cigarette smoking globally, to passing some of the harshest anti-smoking laws in a matter of years, the legality of where, when, and what you can smoke in South Korea can get pretty murky pretty fast. Check out our guide to make sure you’re lighting up without breaking the law!

Where Can I Smoke Cigars in Korea?

Cigars are often available in most of the aforementioned “hole-in-the-wall” smoke shops that dot the city, quality Cuban cigars are also available from select retailers. Those wanting to enjoy a cigar in the comfy surrounds of a lounge or bar will have a slightly harder time.

From January 1 2015, smoking was made illegal in all bars, restaurants and cafes with heavy fines for offenders and bar owners who violate these restrictions. The ruling was a blow to cigar aficionados and enthusiasts around the country who enjoyed smoking in lounges catering specifically to cigar lovers.

However, a handful of venues around Seoul have since obtained special licenses to allow guests to sample high quality cigars in peace. While these cigar havens aren’t exactly commonplace, the ones that exist certainly know their stuff.

Most of these venues offer a high-end smoking experience with quality liquor on hand in luxuriant surrounds.

Here’s a few worth checking out:

Pierre Cigar Club was the first exclusive Seoul Cigar Club opened in 2002 on Namsan hill. The club is owned and run by Pierre LTD, the only official importer of Cuban Cigars into Korea. Pierre Cigar Club is one of the few places in the city that provides members a dedicated space for enjoying cigars. Expect beautiful leather furniture, Cuban inspired surrounds, top notch liquor and knowledgeable staff.

Also owned and operated by Pierre LTD, Pierre Cigar Divan caters to cigar lovers based South of the Han. Like Pierre Cigar Club, Cigar Divan allows customers to buy and smoke the highest quality cigars at the recommendation of knowledgeable staff.

J.J. Mahoney’s is renowned as one of the most opulent bars in Seoul, and comprises 9 separate environments that blend rich mahogany woodwork, leather seating, Persian rugs and profusion of antiques and greenery.

The bar and lounge combines what they call, “nostalgic warmth with all the technical advantages of contemporary interior design.” The perfect place to enjoy a cigar, which can be purchased in house — let the staff direct you to the areas where you can smoke.

Burn in Hal is a cigar club that provides Cuban cigars, collections of single malt scotch, rare aged rums, cognac and other premium spirits, as well as live jazz music nightly. With decor that can be described as contemporary Edwardian style, the atmosphere is unique, cozy and comfortable. Burn in Hal has incredibly friendly and helpful staff, enthusiastic about all things cigar related!

Where Can I Smoke Cigarettes in Korea?

Over the past decade, the Korean Government has begun enforcing stricter rules regarding smoking cigarettes. Korea has one of the highest smoking rates in the world, especially amongst men, who often begin smoking during their mandatory two-year army service. With price increases and widespread bans on smoking in most public areas, the South Korean government seeks to make Korea one of the hardest places to smoke cigarettes in the near future.

Smoking cigarettes in public is illegal in many different places throughout Seoul, from subway station exits, bus stops and parks, to gas stations, many main roads, and more. There are so many different places where it is illegal to smoke outdoors in Seoul, that it’s nearly not worth lighting up at all. Smoking in public areas where the practice is banned may result in a fine of KRW100,000. You may see the occasional “walking smoker” in places with many foreigners, like Itaewon. Although this is not legal, fines are more heavily enforced in other areas. The Korean government has even pushed to ban smoking inside some apartment buildings as well!

The average cost of cigarettes in Korea is about W4, 000 – W5, 000 per packet, up from about W2,500 a couple of years ago. Cigarettes can be purchased from most convenient stores as well as “hole-in-the-wall” type smoke shops that dot the city.

Where Can I Vape in Korea?

Vaping or e-cigarettes are gaining popularity worldwide and Korea is no exception. For the uninformed, E-cigarettes are handheld, electronic devices that vaporize flavored liquid, which is is then inhaled by the user. Proponents of vaping hail it as a healthy alternative to smoking, as not all vape products contain nicotine, whilst some debate this claim citing a lack of evidence to the long term effects of vaping.

Whilst there are currently no specific restrictions on vaping, those who wish to err on the side of caution would be advised to treat vaping the same way they would cigarettes in terms of legality and restrictions.

For purchasing vape juices, some expats recommend turning to online resources. However, be warned that the E-Juices sold on websites like G-Market are nicotine free, as Korean law stipulates that nicotine products cannot be sold online. Many hole-in-the-wall tobacco shops sell e-juices, which do contain nicotine.

It is also important to note that, there has been growing concerns about vaping in Korea with the government warning local smokers to refrain from vaping upon investigation on the health implications.

Here’s some places you can pick up vape products and e-cigarettes in Seoul!

Thebacco, based in Itaewon, is a one stop smoke shop that is a cut above most hole-in-the-wall alternatives. The shops sells cigars, hard to find cigarettes (such as native spirit), rolling tobacco, pipes, and cigarettes.

With a range of accessories and helpful staff Thebacco also provides a seating area that allows customers to enjoy their tobacco products whilst watching the people of Itaewon stroll by.

Where Can I Smoke Shisha in Korea?

Shisha is a Middle Eastern water pipe, also known as a hookah pipe, that burns tobacco over hot coals. Usually shared amongst friends, shisha comes in a variety of flavors, all of which makes smoking a hookah pipe more appealing than smoking a cigarette. Shisha is quite popular in Korea and can be smoked in specialized venues that offer a range of quality and types.

Let’s find out where you can enjoy hookah in Seoul!

While the hookah itself bodes mixed reviews, Gr8 Hookah Bar is a fun place to enjoy an intimate drink in a modern flashy setting — not exactly your usual hookah bar experience!

Rainbow Hookah Bar is a laid back lounge perfect for winding down a work day or enjoying a casual evening on the weekend.  The bar, which is a little different to what one may expect in an area like Gangnam, serves food, drinks and hookah pipes with live music on weekends.

Pair your shisha with authentic Arabic cuisine in the beautiful ambiance of Itaewon’s Dubai Restaurant. A favorite amongst locals and tourists alike, Dubai Restaurant serves a range of lamb dishes, kebab and royal cuisine all made with halal meat.

Dubai Restaurant also offers high quality traditional shisha, which comes in a choice of flavors that include apple, strawberry or rose.

Bedlam is a raucous lounge bar located in Itaewon that serves hookahs in 3 adventurous flavors — mint, apple and melon. The shisha makes a great edition to this intimate lounge bar that treats guests to cocktails, an upbeat club soundtrack, and private sating areas.

Can I Smoke Weed in Korea?

No. Absolutely, categorically, no. Don’t let the young fashionistas sporting marijuana leaves on their clothing fool you, smoking weed in Korea is completely illegal and laws are strictly enforced.

There are many accounts of foreigners who have been caught smoking weed and are deported as a consequence. For Korean citizens, the rules are just as harsh. Not only can citizens serve jail time for smoking weed in Korea, in 2010 a Korean rapper was sentenced to 8 months in Korean jail for smoking weed… while he was in the United States.

Smoking weed is so uncommon that even rolling tobacco cigarettes in public will draw concerned stares from passersby.