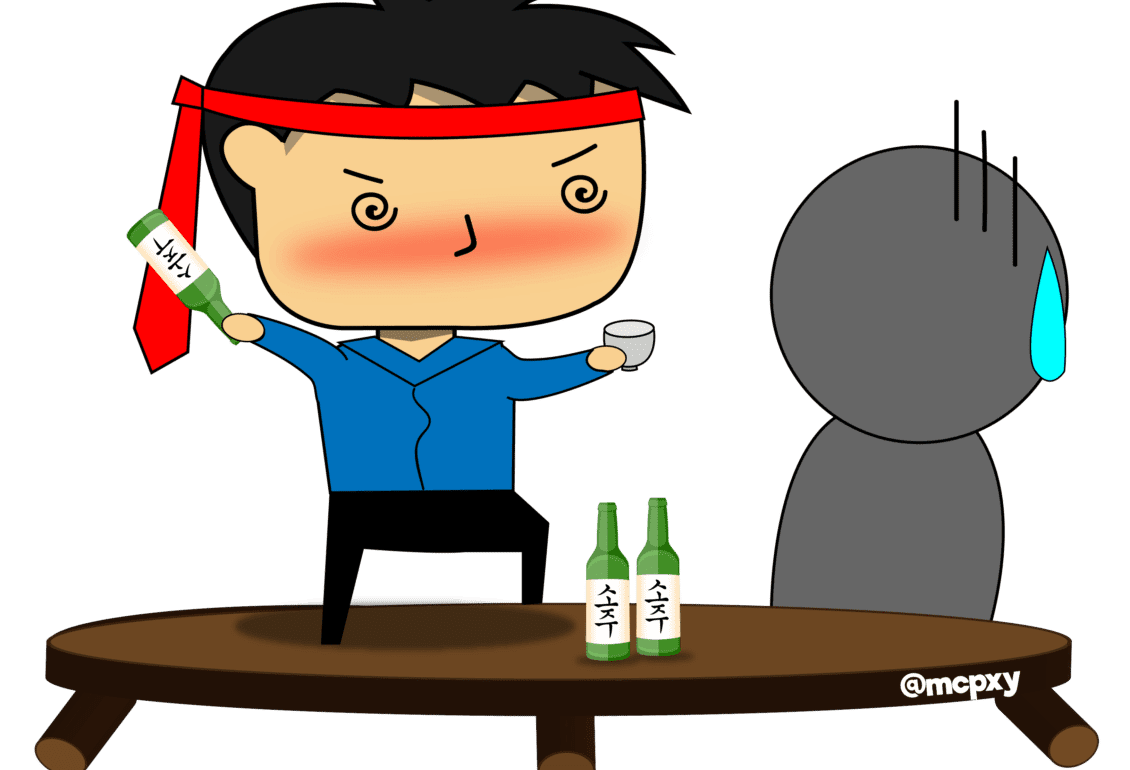 South Korea has a long dated history, through the passing of the years, some of its oldest traditions are still being passed to younger generations. One of them is their drinking culture. South Koreans are one of the biggest consumers of alcohol in the world. That could explain why their hangover cures are so awesome.

However, contrary to popular belief, Koreans don’t drink to the sole purpose of getting drunk. Getting together for a drink is to build up relationship with our peers, whether that may be our friends or our colleges at work.

Koreans drink to set the mood, rather that only consume alcohol. A drink can stimulate the appetite, perk up the atmosphere and keep the conversation going.

During drinking sessions Koreans have a variety of alcoholic drinks; normally during after-work get-togethers beer used to be consumed, but in recent years Soju’s consumptions has been overshadowing beer’s consumption with more people, ordering Soju’s newest alternatives: “Flavored Soju”.

Also check: The History of Soju and its Modernization.

Since the olden days the younger seek to learn good manners from their elders, to this day, South Korea keeps the drinking protocol as one of the most treasured traditions.

When consuming alcohol with South Koreans it isn’t about how much you can drink, like said before;

There is also a saying that goes:

One glass is not enough,

Seven is over drinking.

So try not to overthink it and just enjoy it.

Bear in mind that even though you have every right to say no, South Korean can be pushy when it comes to drink so be prepared for your refusal to drink be refused. Because drinking is to strengthen the bond between your peers, if you refuse without giving a good reason it can be taken as you don’t want to be part of it.

These are some of the most acceptable excuses for not drinking, most South Koreans won’t insist after you’ve given a “good” reason as of why you can’t drink.