7 Delicious Kinds of Kimchi You Should Try 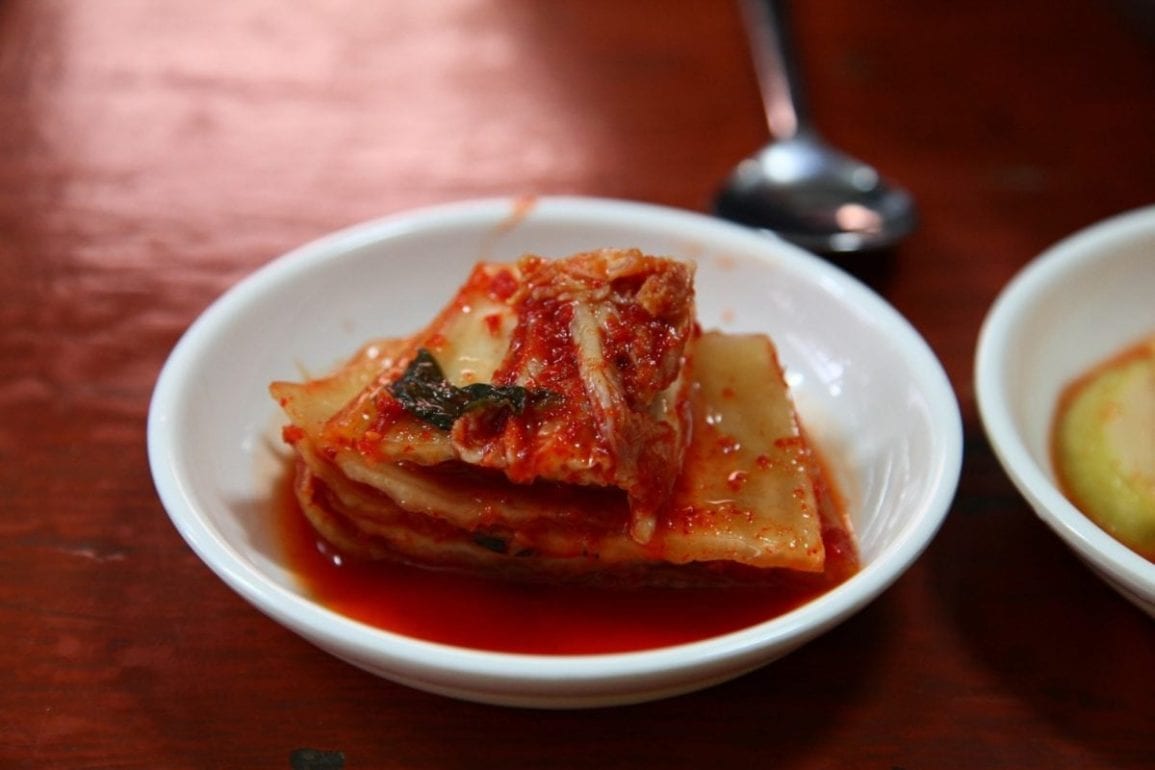 Everyone knows kimchi. Spicy, pickled, and made of cabbage. Or is it? These generalizations may be true of Napa cabbage kimchi, the most popular kind, but there’s much more variation than you might think. We’ve combed through the kimchi catalog to find seven less common, but still highly delicious, varieties. Next time you see a UFO (Unidentified Fermented Object), pull out this article to see what it is.

This is the kimchi that proves wrong the assumption that they’re all red and spicy. As baekkimchi doesn’t use a single red pepper flake, it’s palatable for kids, the elderly, patients with stomach problems, and even grouchy foreign barbarians. While baekkimchi may be the wallflower at the kimchi party, it’s chock full of vitamins and is good for taking down a stubborn cold.

Long, slender green onions (not the bulbous yellow variety) are the basis for this kimchi variant, most frequently prepared down south in Jeolla and Gyeongsang. Aside from the great taste, the green onions here can rid fish of toxins, aid stomach function, and restore energy. Snack on this one with a bowl of makgeolli.

While the majority of kimchi is left to rot, er, and ferment for months and possibly years, geotjeori is a notable exception as it can be eaten right away. It’s briefly dipped in salt and sometimes drizzled with soy sauce instead. Diners who prefer milder, fresher kimchi will enjoy this unfermented but still flavorful dish.

Unlike its tamer cousin danmuji (단무지, pickled yellow radish), kkakdugi is one radical radish. It’s prepared by cubing a radish and then pickling it with the standard combination of kimchi preservatives. If you find kkakdugi tough to snag with chopsticks, just use a spoon. It’s sharp flavor makes it a great pairing with comparatively bland dishes like seolleongtang (설럴탕) and kalguksu (칼국수).

The radishes used in yeolmukimchi are much smaller than those that go into other kimchi dishes, which puts the focus on the stem rather than the vegetable itself. The radishes are dunked into a flour porridge with red pepper flakes, garlic, and other ingredients and then put in the fridge to pickle. The chilled but spicy broth is a favorite in the summer months.

Nabak kimchi gets its name from the Korean expression nabaknabak (나박나박), which means dicing up vegetables very fine. This refers to the radish and Chinese cabbage which are cut into thin squares and soaked in a water bath with a bit of chili powder thrown in to spice things up. This one is generally eaten in the spring and summer, whereas similar soupy kimchi called dongchimi (동치미) is served up in the winter, minus the spice.

Chives go into this classic Gyeongsang Province kimchi. Unlike other varieties, buchu kimchi should be eaten before it gets sour, as too much fermentation will ruin the flavor. Since it’s easy to make, this is a good choice for budding kimchi cooks to start out.

Check out this article about the oldest restaurants in Seoul and give our 10mag food Instagram a follow to learn all about the Korean kitchen.