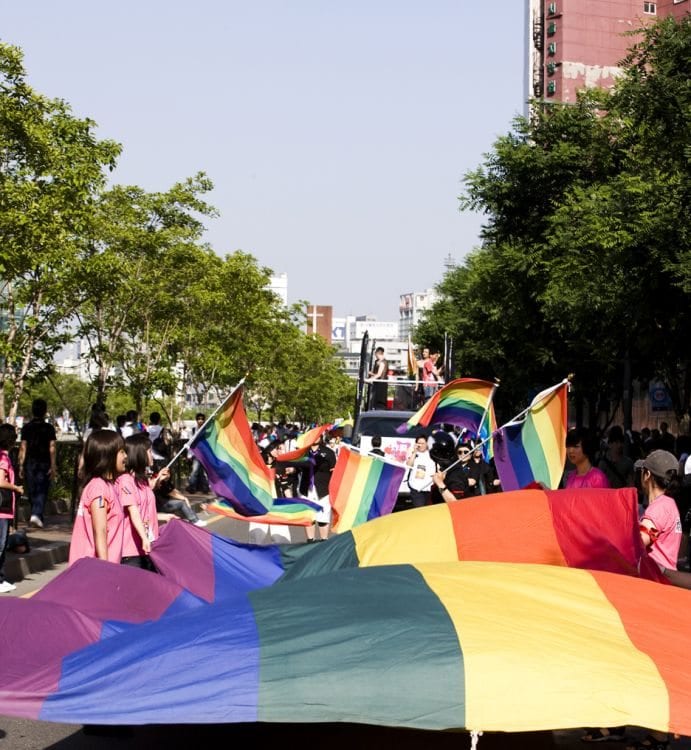 Throughout the past few decades, homosexuality has become a center stage subject of interest in terms of human rights and has garnered much attention worldwide. Ever since former US President Barack Obama legalized same-sex marriage in 2015, the global fight for acceptance of the LGBTQ community has grown stronger than ever.

Although countries such as the US and Canada have achieved much progress in terms of LGBTQ acceptance, other countries such as South Korea, a country that has long had traditional and conservative values, still hold very strong opinions towards homosexuality and the LGBTQ community.

In South Korea, same-sex marriage is illegal and many of the citizens hold the belief that spousal love and marriage should be exclusive between a man and a female.

South Korea is a traditionally collectivist country in which the status quo is highly adhered to and deviation from the norm is uncommon. Out of fear of isolation, many of the homosexual citizens of Korea choose to blend in with the rest of the country, rather than openly come out. In many cases, we see homosexual individuals posing as heterosexuals who have relationships with the opposite gender and even have biological children.

One such case is Micky Kim, a Korean man who married his partner Tony Ruse in California in 2013. Because of the anti-LGBTQ attitude that is widely held in South Korea, Kim felt as if he had to hide his true identity and even pretend to have a girlfriend in front of his relatives in Korea.

According to Kim, “It felt like I couldn’t breathe because now I had to suddenly pretend I’m a different person,” he recalls. “I put on this persona, and like ‘OK, I have a girlfriend and it’s been a year.’ I create these fake stories to cover up.” (CNN, 2015)

Another situation involves a transgender woman named Ha Sun-hye, who was assigned a male at birth but began to identify herself as woman in her late teens/early twenties.

Out of fear of the reaction from her family, Ha left her family and cut all connection with them for five years. Although she was later reunited with her mother, the initial fear she had prior to coming out is not uncommon within the LGBTQ community in South Korea. (SBS, 2014)

Although South Korea is still nowhere near US and Canada in terms of acceptance levels of the LGBTQ community, it has still become far more open in recent years.

In 2000, Hong Seok-cheon, a South Korean actor and television personality, came out openly to the public as a gay man. Although he received much backlash from the public and his family, Hong continued to fight for acceptance for the LGBTQ community.

The year 2000 also marked the first Korea Queer Festival, a celebration of the LGBTQ community that involves a parade, a film festival, and several other events. The festival takes place annually and has been a key component in awareness of the battle for acceptance in South Korea.

From 2007 to 2013, the amount of people who believe homosexuality is a morally acceptable issue has increased by 21% (Pew Research Center). With this increase in acceptance, we can hope that someday, members of the LGBTQ community in South Koreans will no longer have to live in hiding as many of them do today.