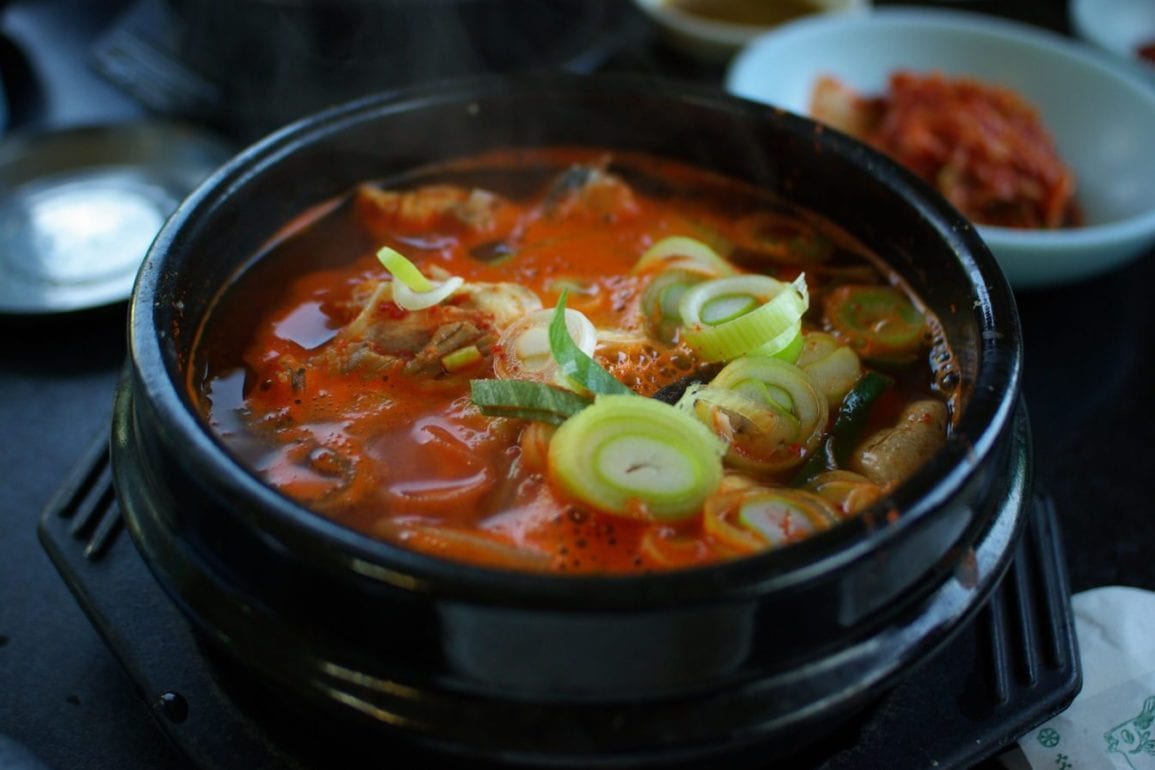 Korea is a country sometimes known for hard drinking. Few visitors and even fewer foreign residents leave without taking back at least one or two potent memories of soju and makgeolli.

Less well known are the many hangover cures and remedies dating back to early Korean history. These range from a trip to a hot spring to a hearty bowl of hangover soup ( haejangguk), or even the desperate solution of haejang sul (해장술), known in the West as the hair of the dog.

Koreans from all walks of life enjoy hangover soup or haejangguk (해장국), and ajusshis are not the only ones who order it. The main types of haejangguk are popular enough that just about every neighborhood has at least one establishment for it.

Each restaurant uses slightly different recipes, preparation techniques, and ingredients, so it’s worthwhile to sample a favorite kind of haejangguk in different cities, or even in different neighborhoods.

Regardless of its name, one does not need to be hungover to enjoy haejangguk. And because there is a wide range of hangover soups it shouldn’t be hard to find a soup that fits your taste. The most loved and hated haejangguk would have to be sunji soup, which usually doesn’t appeal to the western palate. It must be kept in mind, though, that even many Koreans shudder at the thought of ingesting congealed cow or pig blood!

Typically, a bowl of haejangguk will cost ₩5,000. To sample the genuine article for a wildly cheap price, consider making a trip to Chungjindong Haejangguk (해장국­), a quality chain restaurant. One location is across the street from exit 3 of Gireum Station in northeast Seoul. There you’ll find tripe and sunji soup for ₩4,000 (recommended), as well as sunji, pork spine, and bean sprout soup, each for ₩3,000.

A final recommendation is Chungdo Haejangguk (해장국­), near Seoul National University. The able cooks here prepare spicy tripe and sunji soup, dried pollack, and pork spine soup for W4,500, while the signature sunji offering is priced at ₩3,500. From exit 4 of Nakseongdae Station, head towards Nakseongdae Shrine. The restaurant is on the right side of the street.

For the Times When You’re Drunk and Broke

There are a slew of cheap haejangguk restaurants hidden away in an alley to the side of Tapgol Park in Jongno 3-ga.

These gritty, old-time diners are primarily visited by the older men who hang out at the park nearby. Soups (usually sunji or ugeoji) come with a bowl of rice and cost a mere Koreans from all walks of life enjoy hangover soup or haejangguk (해장국) ₩1,500 possibly the cheapest dining experience this side of the DMZ.

The question of which haejangguk offers the best relief with the best flavor is open to debate. Here are some of the best hangover soups to be found in Seoul and beyond. If you need more than just soup, check out these other hangover cures.

The most common of the hangover soups, sunji haejangguk features congealed pork or cow’s blood. Those who try it for the first time often report a surge of energy. Keep an eye out for the yang variety (meaning tripe, or cow stomach). 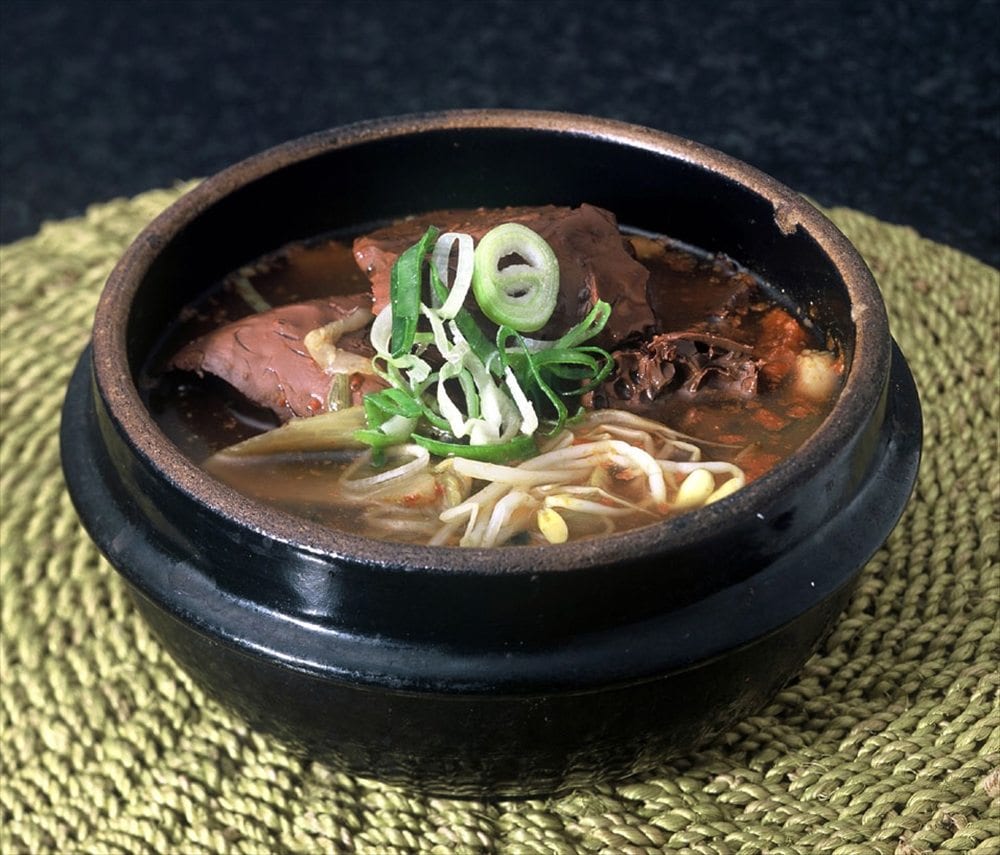 Ugeoji are the thick, fibrous outside leaves of a cabbage-like vegetable.

Except for the tiny pieces of beef, tofu (soongdubu) haejangguk is a near-vegetarian choice.

Featuring dried pollack (a common Korean fish), this is worth trying if you’re in the mood for something light and mild.

This richly flavored concoction, full of fiery red pepper and tender meat morsels, is said to be good for your bones.

The choice of millions of Korean drinkers, pig spine haejangguk is a close cousin of kamja tang (potato stew). This one’s spicy.

Similar to yukgaejang, this features sliced instead of shredded beef. Under the spiciness lurks a rich flavor.