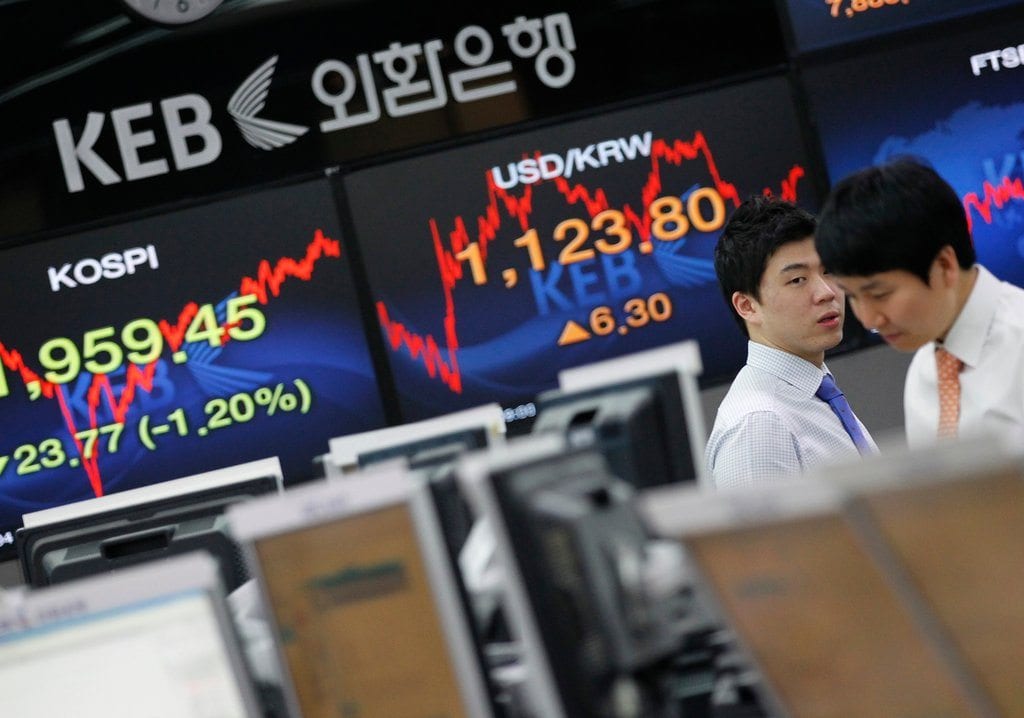 While recent news on Korea’s economy has focused on matters such as the consequences of President Park’s impending impeachment, or the effects Donald Trump’s future policies—such as the cancelling America’s membership in the TPP—there are deeper threats to Korea’s economic future.

Korea’s household debt is at record-high levels. In the second quarter of 2016, total debt exceeded 1,257 trillion won ($1.1 trillion), up 11.1% from the year before. With growing debt, comes growing risk. Not only does increased Korean consumer debt reduce savings, investment, and consumption—thereby slowing economic growth—but also threatens to throw more borrowers into bankruptcy. All this could seriously destabilize Korea’s entire economy.

By the late 2000’s, debt levels were growing at alarming rates among the public, prompting the government to enact policies such as “Comprehensive measures to induce a soft landing for household debts” in June 2011 and “Supplementary rules for non-banking household loan activities” in February 2012.

Andy Xie, for example, is a former economist at Morgan Stanley Asia. He avers that “Household debt (in Korea) is high and rising faster than income,” and that it “shows that there is insufficient income to cover living costs,” similar to the situation in the United States before the 2008 Financial Crisis.

Jongsung Kim of the Korea Economic Institute for America has proposed his own solutions. He advocates job creation for the lesser privileged, increased small loans and interest adjustment for the low-income class, and greater monitoring of implemented policies to gauge their effectiveness.

As debt is growing faster than disposable income, attention must be given, so that the Korean economy remains stable.

Korea certainly has no corner on the market when it comes to a population growing older and older. However, its population is aging faster than all other OECD countries. By 2040, it is projected that over half of all Koreans will be older than 52 (the median age now stands at 40.8), and about a third will be over 65.

Low birth-rates, longer lifespans, and more single-person households will serve to hamper the country’s long-term economic growth rate. According to one expert, Korea’s demographic changes will bring down the growth rate from the 3% now to around 2% by 2020.

Solutions can include policies such as pension and retirement system reforms that encourage the elderly to be more proactive economically, such as they are more so in Japan. Given that Korea’s fertility rate is one of the lowest among OECD countries, the government should put much of its energy to change that statistic as well.

The Chaebols, South Korea’s several dozen major business conglomerates, have long been the backbone of the Korean economy. They have been the ones with the money, power, and influence to spur growth forward for the country.

However, this model is no longer sufficient for continued robust development. Chaebols are simply too few to allow enough new ideas to grow, with the result that “patents from Korean institutions tend to be half the value of that of US institutions,” according to one economics expert.

These organizations have been largely export-driven, and hugely favored by the government. Korea may be labeled a “dual economy,” one that chiefly relies on a small group of large, advanced, globally-competitive firms, while also maintaining a greater group of smaller, less-productive firms.

Robert D. Atkinson, writing for the Korean Economic Institute of America, argues for greater involvement of smaller companies. “Korea should seek to grow by increasing productivity and innovation across its entire economy,” he writes. “Korea needs to take serious steps to improve productivity in markers dominated by small business and service firms.” Solutions can include fewer regulations and subsidies, to increase competition.

Korea’s export model also needs to be revised. The country has relied too much on the manufacturing sector. It instead needs to expand its service sector.

OK, China has been rising for a while, but new threats are looming. Beijing is shifting into higher value-added manufacturing, which will only undermine Korean manufacturing exports. Relatively high labor costs for Korean workers will also make it harder to compete.

In response, South Korea should focus more on its competitive advantages, which include innovation (where Korea ranks first in the world) and research & development. These measures, combined with the growing vulnerability of China’s economy, just might be enough to keep Seoul ahead.