10 Struggles Only Korean-Americans Will Understand

1. When people judge you for speaking English in public

Once I stopped in front of a clothing store in Myeong-dong with two of my school friends, and we were speaking quietly in English and minding our own business when an elderly staff member struck up a conversation with us.

Elderly woman: Why are you all speaking in English?

Friend: We go to an international school. English is more convenient for us.

Friend: We are. It’s just easier for us to speak in English.

In that situation we were able to escape: when she kept complaining, we just told her, as politely and articulately as we could, that we had somewhere to go. But there are those who do not have it so easy.

I’ve grown up hearing stories about teenagers like myself who were ethnically Korean and were caught speaking English in the streets by Korean school students and got pummelled for their ‘insolence’. “They’re staring. Let’s shut up. They’ll kill us all,” one of my friends whispered to me when I was speaking in English at a crowded subway a couple of months ago. For us it’s a scary world.

2. When people laugh at your Korean

You’re trying to be a proper Korean, sticking to your mediocre Korean and momentarily thinking ‘Hey, my Korean isn’t so bad!’ and then some grown-up laughs and says “Aw, you’re so cute. You talk like a child,” or “Aw, you have a weird accent!”. Nobody takes you seriously when you speak Korean.

3. When someone tells you, “You’re not American.”

When I was in kindergarten one of my teachers, a blonde American with blue eyes, asked me where I was from. I told him I was born in California, and that therefore I was an American. He shook his head. “You can’t be American. You don’t have blue eyes. See? Look at my eyes. They’re blue. I’m an American.” I tried to explain to him that I was Korean-American, but he went on shaking his head. “Your eyes are brown,” he kept saying. “You’re not an American.”

Then there are those who do not understand why we speak English so fluently, get absorbed with American culture, or why we act ‘so American’, whatever that means. “He/she’s not American,” someone would whisper behind a Korean-American’s back. “Why does he/she act like such an American?”

4. When someone says: “How can you call yourself a Korean?”

Things you may have heard as a Korean-American:
“How can you call yourself a Korean? Your Korean is so bad!”

“You don’t even know that? How can you call yourself a Korean?”

“You don’t know anything about your country’s history. How can you call yourself a Korean?”

5. When your Korean name gets botched

Your Korean name might sound pretty in Korean, but once it’s spelled in English you can’t help but cringe whenever you see it on your passport. It’s just ugly and wrong and once someone attempts to pronounce it you feel thoroughly disgusted.

I don’t know anyone whose Korean name has been more severely butchered than mine at my school. People find it extremely amusing. My Korean name is 예슬 (pronounced Ye-seul), but on my American passport it’s spelled out as ‘Yesl’, making people pronounce it as ‘YES’ followed by a short, stifled gulp of an ‘ul’.

“Your middle name is Yes?”

“Is your middle name Yes with an exclamation mark?”

So for a time I stop spelling my name out as Sarah Yesl Kim and spell my name as Sarah Y. Kim. The next thing I know, people are calling me Sarah why? Kim and Sarah Y U DO DIS Kim. The struggle never ends.

If you’re attending an international school in Korea, it’s probably because you want to go to college in the States, which means you’ll have to follow the sort of curriculum they give the students there.

That means a little more than two pages of Korean history in your AP World History textbook: a page or so devoted to explaining that there was something called the Three Kingdoms, and another page or so describing the Korean War, which mentions next to nothing about the actual Koreans involved. (The patriotic Korean in you may also be irritated with the way these American textbooks call the East Sea the Sea of Japan — but hey, that’s another story.)

7. When you wonder whether you have multiple personality disorder

Being engaged with two very different cultures may result in you acting very differently in different environments, to the point where it seems like you have multiple personalities. In a room full of Koreans (“like, Korean Koreans”) I sit quietly, trying not to draw any attention to myself; you don’t want people hearing you mumble and bumble in your lousy Korean. 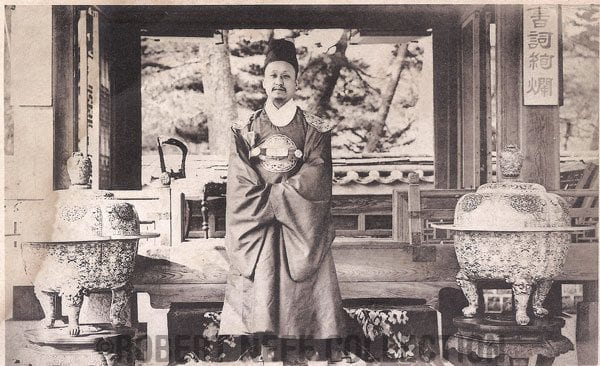 Plus, you don’t want to accidentally offend anyone: there may be some rule of etiquette that you don’t know. Then people say things like: “You’re so quiet” and “Aww, you’re such an innocent goody-two-shoes” and “Aw, you’re so cute.”

Then I get put in a room full of English-speakers and they say to me: “You’re so loud” or “You’re so blunt” or “How can you call yourself a girl?” or “Why are you so opinionated?” or “If you just calm down and keep quiet for two minutes that would be real nice.”

Even my voice goes down several octaves lower when I speak in English. I might one day suffer an identity crisis.

8. Dealing with the Korean age hierarchy at an international school

Your school has a no-Korean policy, and you suck at Korean anyway, but everyone else is bowing and using jondae mal (a polite form of Korean speech reserved for elders, superiors, strangers and formal settings) when addressing your upperclassmen, and you can’t help but feel rude when you’re just sitting there saying ‘hey’ and ‘dude’ and ‘yo.’

I have underclassmen who tease me and call me names in English and then they start speaking Korean and lapse into jondae mal (especially when they want me to buy them food), and suddenly I feel as though I am their grandparents. It makes for odd and amusing interactions.

9. Watching that show with all those Korean-speaking foreigners

I am on my way to the kitchen for a drink of water when I see this white man on television speaking Korean. Fluently. Like a native speaker. And there’s another guy beside him with blonde hair speaking rapid-fire Korean, and I can’t even understand what they’re talking about.

“Look!” my mom says pointedly. “They speak Korean better than you do.”
Sorry, mom.

10. Being reminded you are “bilingual”

And you just hang your head and wonder whether you can really call yourself bilingual when your Korean is so bad that you can do little more than order at restaurants and either swear or nod and smile idiotically at anyone who talks to you.