The 14 Best Clubs In Seoul To Get Lit At 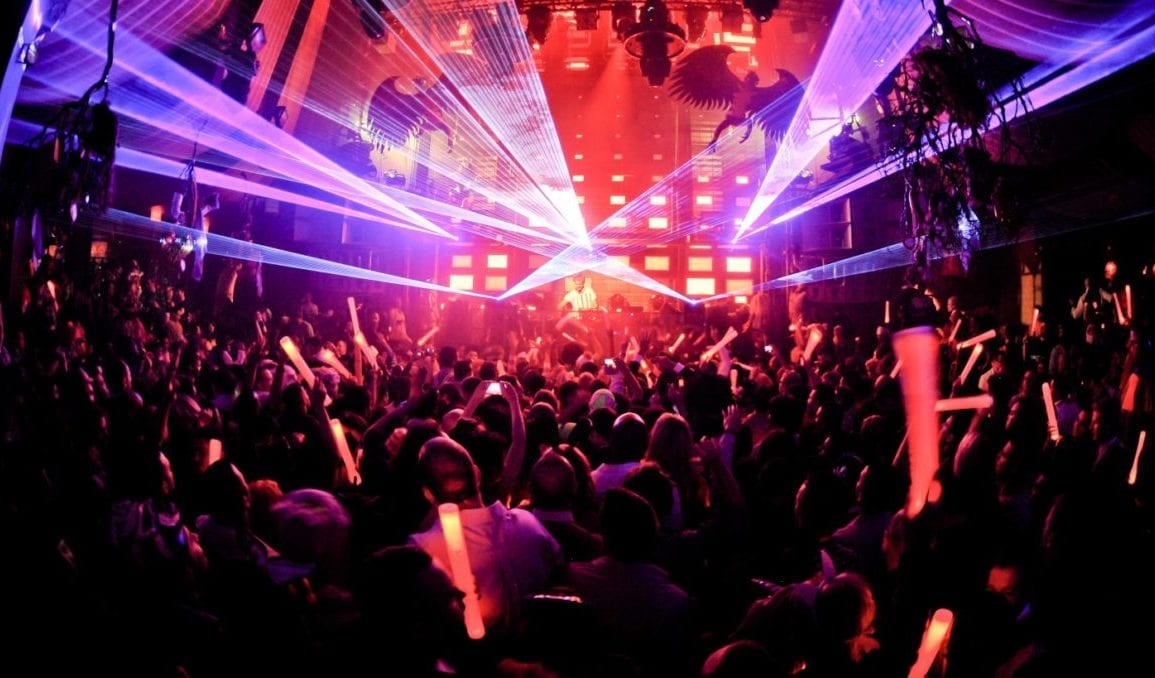 Seoul Nightlife: The Hottest Places to Party this Summer

Ready to celebrate the beginning of spring by dancing the night away?  Whether you’re looking to turn up and meet new people or chill and listen to live music, we’ve compiled a list of some of the best clubs in Seoul, all the way from the famous Octagon to lesser-known underground clubs. Raise a glass and congratulate yourself for surviving winter!

Probably Gangnam’s most well-known club, Octagon stands as the 5th best club in the World, as ranked by dance music bible, DJ Mag, in 2017.

Beating out Berlin’s infamous Berghain and trailing behind clubs in Las Vegas and Ibiza, Octagon stands as not only the best club in Seoul but the highest-ranked club in Asia on the list.

Be prepared to drop some serious cash though, as a night at Octagon doesn’t come cheap (30,000 won). Open until 6 am, this club is the place to go if you’re looking to party your face off. Be warned, as popular as it is, it can get very crowded on weekends!

A bit on the cozy side, Cakeshop is the place to be in Itaewon right now. Open from Thursday to Sunday, you’ll find the best musical acts here, whether you’re looking for hip-hop or electronic music.

Right now, Cakeshop is definitely one of the hottest and best clubs in Seoul. Well-known artists have been known to play sets here, like Nosaj Thing, Étienne de Crécy, and Shlomo. Very popular with the younger crowd, Cakeshop is always packed on weekends but definitely, worth the amazing time you’ll have there. Cakeshop was winner of “Best Club in Seoul” for the 10 Magazine Best in Seoul 2018 competition.

Plug into the Hongdae’s buzzing nightlife at one of the most popular clubs in the area, NB2! Owned and operated by YG, NB2 is open every day until 6 am. Blasting hip hop music until the early hours of the morning, this is the perfect place to get down and have a good time.

However, due to the club’s popularity, expect to wait a bit in line. There is no need to fret, the wait is worth it, especially if you’re trying to make a new “friend”.

Arena is known for their high-energy, high-end dance parties. With a strict dress code and penchant for having professional models and dancers on site, Arena has a reputation for good-looking, well-dressed party-goers.

As well as an infallible aesthetic, Arena is one of Seoul’s best proponents for new EDM and progressive house. VIP booths are available close to the main stage for those on a no-expenses-spared night out. The club is open Friday to Saturday and is occasionally open on Sunday depending on what events are lined up.

Although smaller than most clubs, Bound is the perfect venue for dancing the last hours of the night away. The dance floor is compact and the club’s interiors are filled with raised platforms and tables. It’s a good place to get cozy with a significant other and do the bump and grind without anyone judging. 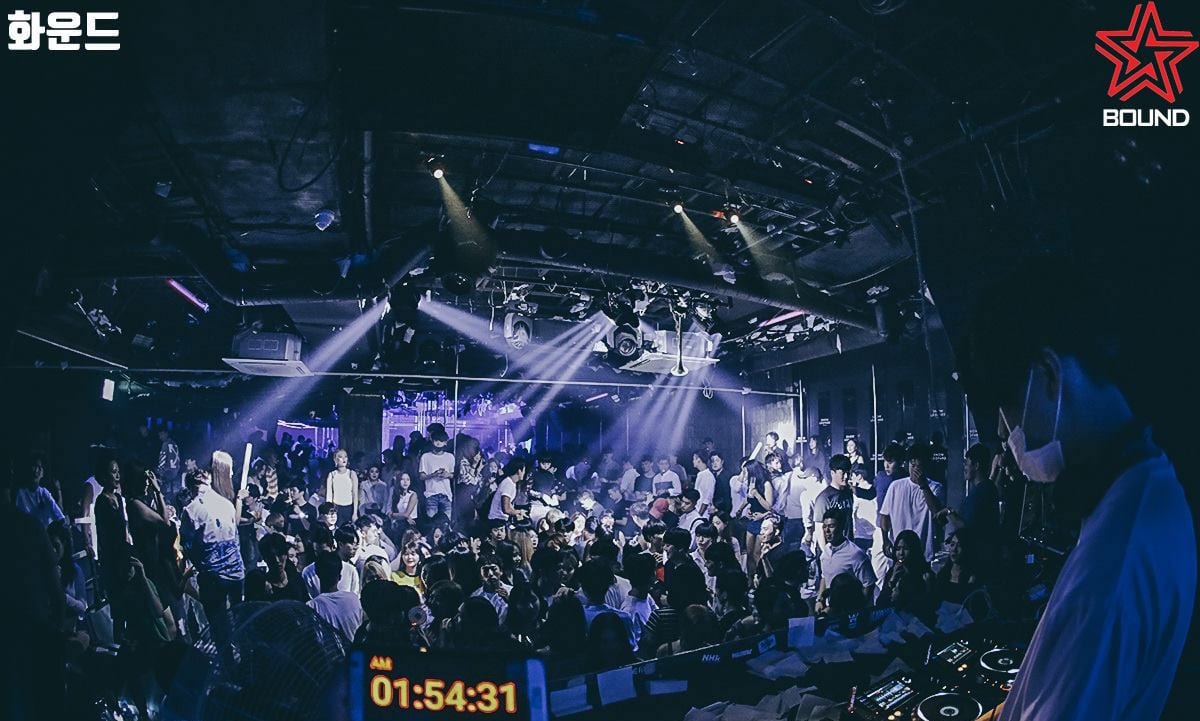 GLAD LIVE Hotel opened an after-hours club called DSTAR. It is located on the basement floor of the hotel. The first, second and third floors of the hotel are operated by the D-Mansion Lounge. The club is operated after midnight and there are separate house and hiphop sections.

Intimate and high energy, Club Avenue is a newer fixture of Gangnam’s nightlife longer than many other clubs in the area. The club is a mish-mash of old and new, adorned with marble floors and chandeliers as well as state of the art lasers across two floors — one VIP and one main floor geared towards a central stage.

The club puts on live electronic events and big-name DJ’s come from near and far to perform on a regular basis. For those who are nervous about making their debut on the Gangnam club scene, Club Avenue is renowned for being one of the most welcoming clubs in Gangnam when it comes to foreigners.

One of the classiest venues the area has to offer, Boombar can’t be missed if you’re out on the weekend in Itaewon. This lounge-style club offers a luxurious interior and clean atmosphere, with chandeliers dangling from the ceiling and velvet couches in the VIP sections.

Boombar is open Thursday through Sunday and plays predominantly hip-hop music. It’s the perfect setting to dance the night away in Itaewon.

Hidden to the left of the Hamilton Hotel, Club Venue/ is one of Itaewon’s hidden gems. The club isn’t very big but prides itself on playing old-school hip-hop, R & B, funk, etc. If you’re looking for a club with a European hipster vibe, then Venue is the place to go.

Venue doesn’t charge a cover, but there can be long lines after midnight.

Soap sounds just as unique as its title suggests. The club’s interiors are shaped in curves and the floor is shaped like a bar of soap. Soap’s managers Deluxe Seoul (EDM artists) are known for their innovative music sets and they bring their creativity to life at this venue.

The staff at Soap are known to be some of the friendliest in Seoul. The average drink will cost around 8,000 KRW. For table bookings please follow this link. 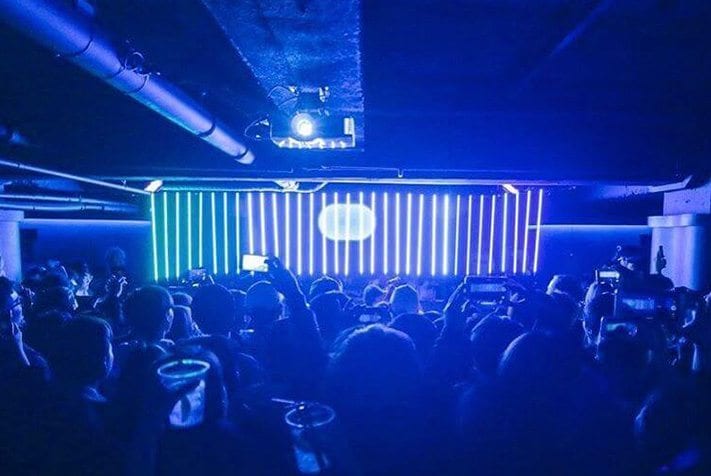 Adjacent to Hongdae, Hapjeong has a club for those who prefer a more laid-back crowd. Brown plays hip-hop, R&B, dancehall, and funk. Doors open at 9 pm and don’t close until 6 am.

If you’re looking for a lowkey place this weekend to listen to old-school hip-hop or need a place to unwind after a night out, hit up Brown’s dance floor. You can even reserve a table for a group, and though the venue is pretty small, the great music will have you heading to the dance floor to move.

Also in Hapjeong, if you’re down for something a bit off the beaten track, look no further than Vurt, which dedicates itself to more subdued and nuanced areas of electronic music. Open until 6 am on the weekends, Vurt provides a place for underground techno to thrive.

Foreign DJ’s flock to Vurt as well, all the way from Berlin to London. For those familiar with Boiler Room, you might want to make your way to Vurt and find yourself part of a live stream.

With minimal lights and an optimal atmosphere to truly enjoy techno music, Vurt offers an aesthetic that is a little different from the usual club — which is good news for those looking for an alternative to the flashy Gangnam club experience.

Located right next to Boombar, Made is Itaewon’s premier club for EDM and hip-hop lovers. Operated by Gangnam club owners, Made’s interior is divided between an EDM and hip-hop zone. This means club-goers can move back and forth between the zones, depending on their musical preferences.

Cream (open 6 days a week) is Hongdae’s ultimate hip-hop club. What makes Cream stand out is their open mic night (Everyone’s Mic), which gives aspiring rappers the chance to perform. You can even engage in rap battles with fellow contestants.

Cream doesn’t have an entrance fee, but like any other club, the lines can get quite long after midnight. Sometimes, you can find established rappers like Beenzino or Dok2 performing. 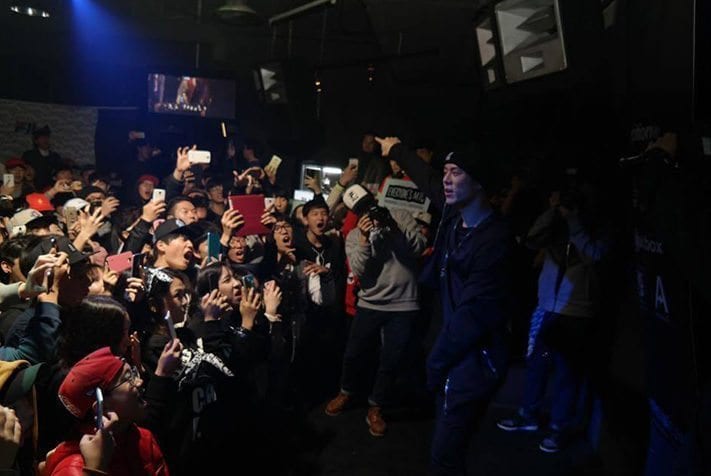 If you’re looking for even more clubs in Seoul, check out our 10 Magazine Directory to leave a review of your favorite places to party!