Follow These Clubs To Catch The Hottest DJs In Seoul 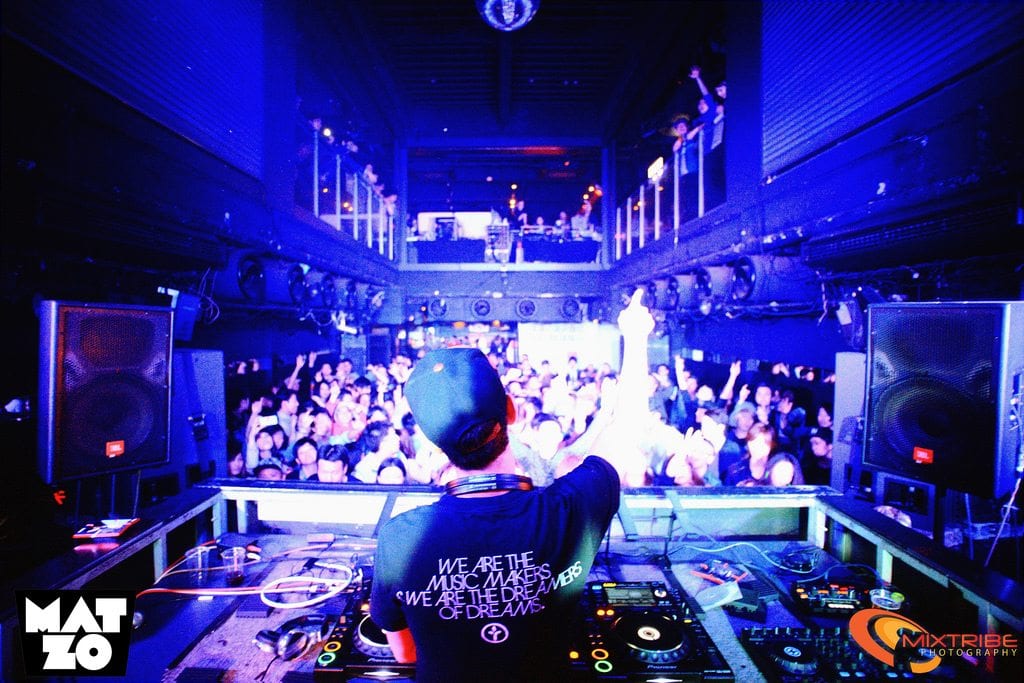 I first realised how big the underground music scene was in Seoul when Benji B came to play here only two weeks after I moved to the city. As a regular listener to his weekly UK radio show, I wasn’t going to miss the opportunity to see him live.

As I dug a bit deeper into the music scene in Seoul, I realised that Benji B wasn’t the only famous DJ or producer making his way to Seoul. Over the last year I have seen everyone from Tuxedo to Illa J in some of the most intimate venues across the city.

Below is a list of the best places to go and people to follow so you too can be in the know about the underground music scene in the city.

Cakeshop never fails to attract dedicated music lovers. It was ranked the best club in Seoul by 10 Magazine Best in Seoul 2018. The venue is open Thursdays to Saturdays and always hosts a carefully curated line-up of the some of the best DJs around the world. This dark, intimate sweat-box has become famous for dropping a wide range of tunes from house and techno to trap and drum and bass.

I have seen some of my favourite DJs play here, including Actress, Knxwledge and Zed Bias. The club’s Instagram account (@cakeshopseoul) and Facebook page regularly post their monthly line-ups and are definitely worth following to keep up to date with all that is happening.

Cakeshop’s sister club, Contra, opened its doors recently and is conveniently located right next door to its sister location. It is quickly becoming just as popular and successful as Cakeshop with some big names performing there such as Dorian Concept, Lefto and Fatima, and Axel Boman.

Whilst the main bar is equally as intimate as Cakeshop, if you need a break from the “bass bins” you can head upstairs to Contra’s lounge bar and rooftop garden for some great night views over the city. Contra similarly has an up-to-date Instagram account (@contraseoul) and Facebook page to keep you in the know about its latest events.

Originally a streetwear shop, Henz launched a hip-hop club a few years ago, and aren’t we all glad it did! It would be difficult to imagine the underground music scene in Seoul without Henz, as it provides a constant stream of top events that host both local and international DJs.

Previous headliners have included the English duo Bondax and New York DJ Kingdom. The club’s devotion to underground music and captivating vibe will ensure that you stay here until the early hours of the morning. Henz’s Facebook page and Instagram (@thehenzclub) are regularly updated so be sure to check them out when you are planning where to go on your next night out!

Fancy somewhere with slightly more chill vibes, great cocktails, but still some of the best music in town? Pistil is the place to go. This underground bar still gets people dancing but has more of a lounge feel with many coming to sit, chat, and really appreciate the music.

It hosts some of the best local DJs, and international acts regularly pass through too. Pistil’s Facebook page and Instagram (@pistilseoul) are the best places to go to see what’s on.

The 360 Sounds crew is made up of some of the best DJs, producers and MCs in Korea with DJ Soulscape being the best known amongst them. They have undoubtedly shaped the hip-hop scene in Seoul, hosting some of the best nights in the city whilst honouring vinyl culture through their sets and record store. Haven’t heard of them? Follow their Instagram (@360sounds)!

Soulscape regularly plays at venues across the city and is more often than not featured in the line-up when international DJs are playing in town. His Instagram page (@slscp) is one of the best places to find out about events across the city. It’s thanks to him that I knew where to see Egyptian Lover use his famed 808, was able to have Illa J’s latest record signed by the man himself, and could hang out with Lil Silva whilst listening to the one and only DJ Zinc.