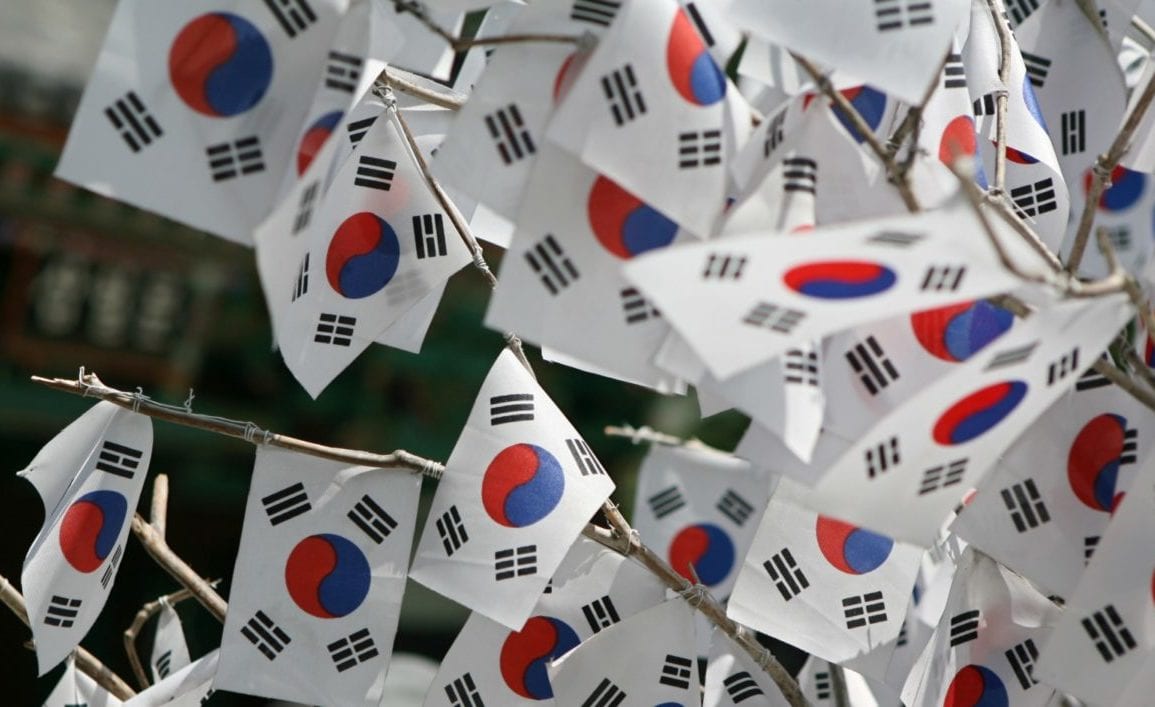 You may be seeing a lot of flags all around Korea lately. Streets, businesses and even your neighbor’s homes will be decked out in the taegeukgi . Or perhaps you’ve noticed that this week there’s a day off work. That’s because August 15th marks South Korea’s Gwangbokjeol, or National Liberation Day!

Gwangbokjeol literally means “The day the light returned“, symbolizing South Korea’s freedom from the Japanese Imperialism in 1945, and it’s the National Liberation Day of Korea.

Needless to say, it’s a very important day for Koreans, in fact National Liberation day (Gwangbokjeol) is also celebrated in North Korea by the name 조국해방의 날 (Chogukhaebangŭi nal) which literally means “Liberation of Fatherland Day“. It’s the ONLY holiday shared by the two Koreas.

South Koreans celebrate this special occasion by raising the Korean Flag (taegeukgi 태극기), almost everywhere, you might have seen it in the streetlights or hanging in trees.

The South Korean flag, also referred to as Taegeukgi, is a symbol of great pride for South Koreans. The white background means peace and purity, the red and blue Taeguk in the middle draw inspiration from Yin and Yang and represent balance, while the four black trigrams at the corners symbolize four different elements, as shown below.

How is it Celebrated?

Citizens of South Korea are encouraged to hang the Taegeukgi outside their houses, either in their doors or outside the windows.

Because it is a National Public Holiday, people have the day off work. If the holiday falls on a weekend, the next weekday is given off. For example, in 2021, August 15th falls on a Sunday, so Monday the 16th will be given as a day off at national level instead. This is thanks to an “alternative holiday bill” that passed Korea’s National Assembly and went into effect immediately in June 2021, which says that “the first weekday following a public holiday that falls on a weekend should be designated as an alternative holiday”.

During this day, there is an official ceremony where the President attends the Independence Hall of Korea in Cheonan or the Sejong Center for the Performing Arts, and the official “Gwangbokjeol song” (광복절 노래) is played.

To read more about another very important national holiday in Korea, check out this article on Independence Movement Day.