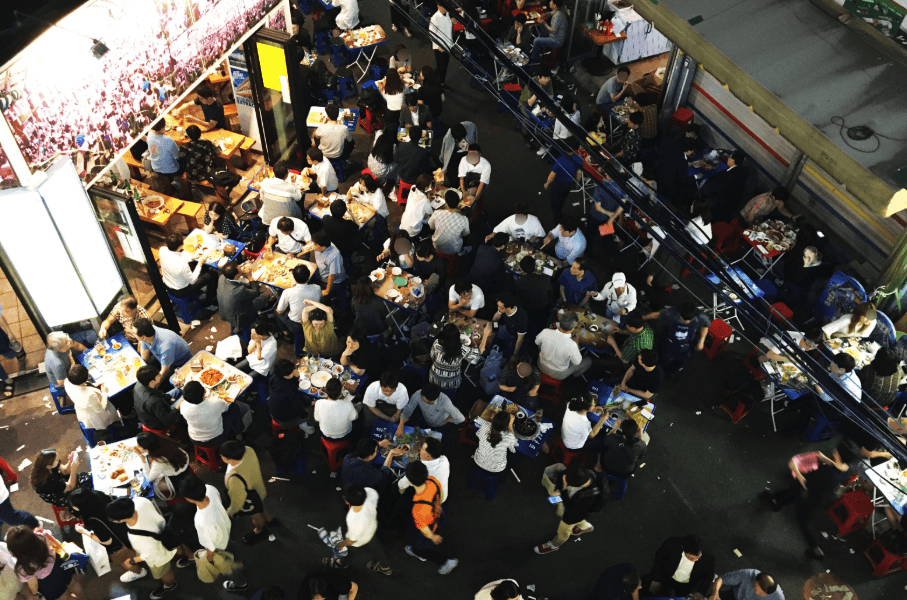 Perhaps you’ve been in Korea awhile. Perhaps you haven’t. You feel like you know all the nighttime hotspots: Gangnam, Itaewon, and Hongdae. However, when the sun goes down, in the dark alleyways off Euljiro 3-ga, exit 4 is a secret. Hidden just from the main road is one of the most crowded, loudest, and buzzing spots in Seoul.

Manseon Pocha Street is a little taste of what Seoul could have been, until rapid development and becoming a 1st-world smart city took precedence. At times, sitting on this street reminded me of Ho Chi Minh, absorbing that energy that makes you want to spend every humid summer night with a cold glass of beer, getting drunk off the atmosphere rather than the alcohol.

Covering every corner of this small block is Manseon Hof (만선호프), whose empire includes (at least) 7 stores within 3 streets and earned them naming rights to the area. Their entire menu fits onto two sides of a napkin dispenser and includes their signature garlic chicken, dried fish and the freshest draft beer I’ve tasted in Seoul (watching the staff run handfuls of icy mugs in and out like worker ants all night proved that the freshness is attributed to how fast they must go through kegs).

Although cocktail, whiskey, and wine bars are becoming more visible in neighborhoods across Seoul, I’ve never witnessed any of those as packed as a Manseon Hof on a Friday night. Chairs are small, tables are rickety and wobble atop the concrete. However, the contrast provided by workers finishing their long workweeks and coming to drink in their suits makes an outsider feel like “real Korea” will never die, despite Western influences. 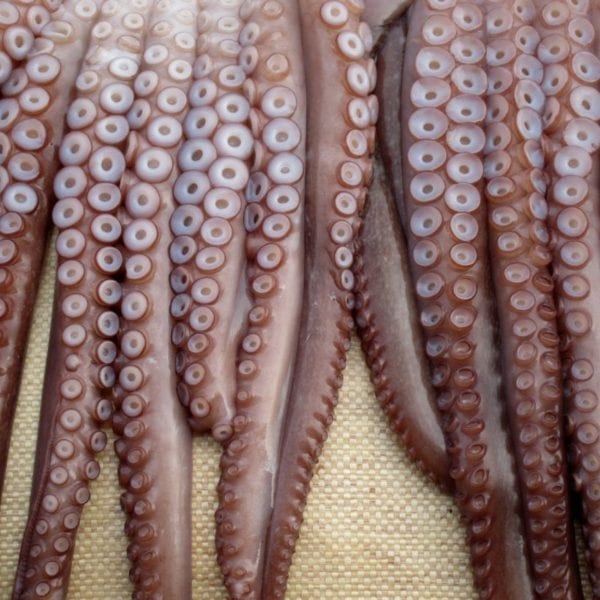 Manseon Hof’s specialty is garlic chicken, and just like the beer, it comes out fast. Settled atop your standard crispy Korean fried chicken is a garlic sauce that cuts the oiliness of the chicken with its simple sweetness. Going Korean style and ordering the dried fish would be customary, but another favorite drinking food would be tofu and sauteed kimchi. Finish off with fried dumplings (11 for 6,000 won!) to completely stuff yourself for a night ahead of drinking.

More than just a great place to hang with friends, show out of town visitors, pre-game for a night out or flex on Instagram, Manseon Pocha Street reminds you that while Korea only tries to show it’s technologically-superior, always-evolving, trend-riding side, there are things like Manseon Hof (open since 1980) that will stand the test of time.