Journey to the Korean Gold Mines 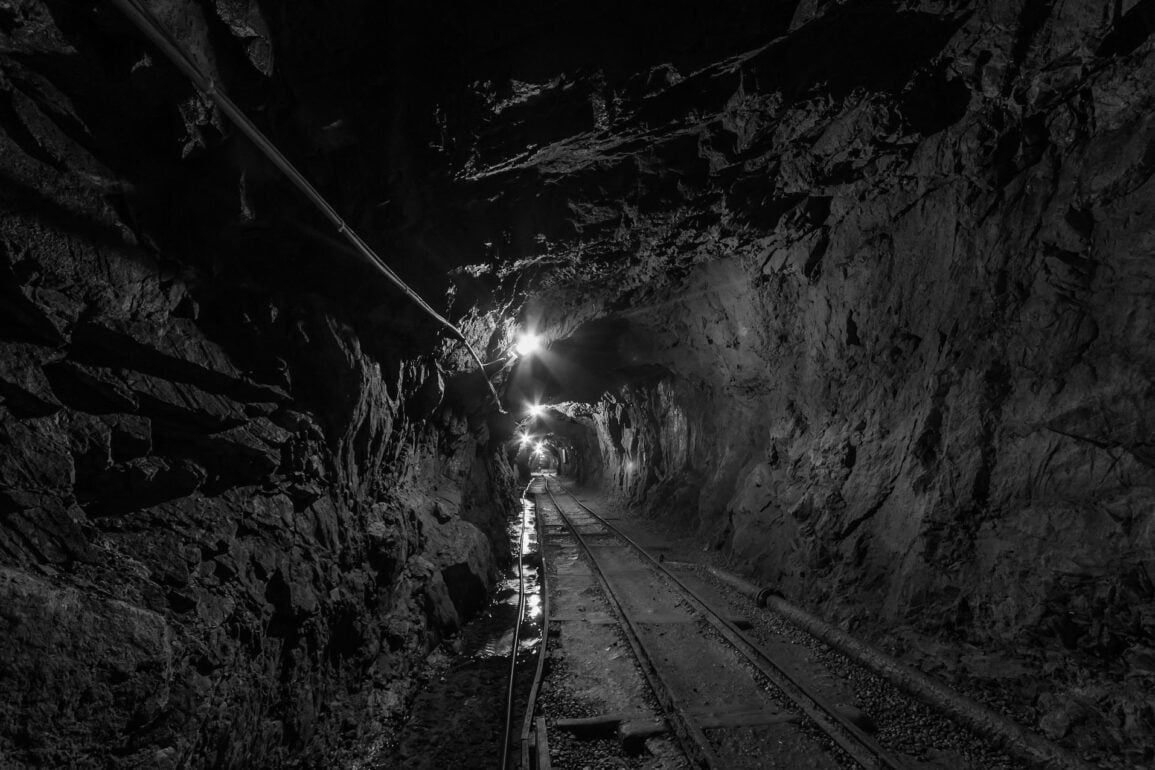 50 years after the Californian gold rush of 1849, a group of Americans embarked on a much longer journey for the precious metal to the Korean gold mines.

During the early 20th century, the American-owned Oriental Consolidated Mining Company (OCMC) operated some of the richest gold mines in the world the Unsan mines in northern Korea.

These mines were located in the mountainous region north of Pyongyang and were, for the most part, inaccessible except for small paths that clung to the sides of the mountains.

Most of the early Western mining engineers and supervisors were from Columbia City, Indiana the hometown of the OCMC’s founder, Leigh Smith Hunt. Hunt, wanting men that he could trust, hired young graduates from the local high schools and colleges, promising them good wages if they would agree to serve three years at the mines.

For many of these young men, it was their first time away from home, let alone the United States, and they saw it as an opportunity for a great adventure. But for many, the journey from the United States to Korea was far more of an adventure than they counted on.

The first large group of Indianans departed for the gold mines in January 1901. They traveled by railroad to San Francisco, California, and then sailed to Korea. Nearly all of them had never been to sea before and the voyage across the Pacific was extremely trying especially the passage from Japan to Chemulpo (modern-day Incheon) aboard the Japanese steamship Kisagawa Maru. One man, Joseph F. Bowlby, declared:

“God, but I’ll be glad when I get on a piece of ground that won’t move around. I’m going to stay over here till flying machines are invented and cross the ocean in them.”

Much to their great relief, the Indianans finally arrived at Chemulpo, Korea, on February 22nd and the following morning traveled to Seoul by railroad. Arriving in Seoul at 11 am, they once again set off, this time on foot, for the gold mines in the north. Much of what follows is taken from a letter that one of the miners, Albert Deardorff, wrote to his uncle.

[With] ten pack mules carrying baggage and chow at 11:00 a.m. we started to walk this distance over the hills to the mining camp. We stopped at 3:00 p.m. for dinner and at about 8:30 at night, having covered about 20 miles. Such miserable quarters that night I’ll never forget. Eleven of us were in a room about ten feet square, how could we sleep? Breakfasted in the cold and walked from six to eight o’clock with two hours rest for dinner the next day.

By that time, some before, were just completely given out. I could scarcely drag myself into the room, well I did have help to get in that night. I went to bed without supper, some had it brought to them. After a short rest, I felt better. Vengeance was beginning to rise that day at noon and by night nearly everyone swore he wouldn’t travel another step without a pony, even if he had to pay for it himself and from there on they would cost about 900 (yen).

He was obviously exaggerating about the price of the ponies. 900 yen at this time was worth about USD $450. Ponies, however, were hard to come by especially at this time of year and in that region, but, as we shall see, not impossible to secure:

The guide rode much the second day and some of the other boys rode some. That night the guide hustled over the town and by morning had 21 ponies, each one a pony, one for the guide, and two for chow. All were stiff and sore. From then on I rode as much as I could except when I was very cold, I walked. Sometimes up mountains and narrow passes, we had to get off and walk.

The first few days it thawed during the day and I got my feet wet. Then there were a few days it was frozen all day we traveled much of the time in snow but packed hard. It seemed quite cold, coming up here. I had on two pairs of wool socks, two pairs of underdrawers, one undershirt, one overshirt, sweater, vest, coat, and overcoat, and then would get cold and stiff after an hour or so riding.

For nearly ten days the men walked and rode until they finally reached the gold mines just north of Pyongyang. It had taken a horrible toll upon them. Deardorff noted his own injuries: I froze one finger, my crippled index finger on [my] left hand until it is still numb and my feet and several other fingers were frosted some, but don’t bother me much now. Not all of the men were as lucky two were confined to bed for at least a week following their ordeal.

Over the next couple of decades, scores of young men and women made the long, arduous, and often dangerous trip to and from the gold mines and their homes in Columbia City, Indiana. The OCMC gold mines in Korea were some of the richest in the world and remained in operation until 1939 when they were sold to a Japanese mining corporation. Shortly after they were sold they fell into disrepair and eventually flooded. Even today, their hidden wealth remains relatively inaccessible to North Korea.

The Rest of the Story

Fate is extremely fickle, as our friend Joseph Bowlby soon found out. Apparently having forgotten his earlier pledge not to take to the seas again, in June 1902 he was on a steamship bound for Japan. His ship was struck in the fog by the Kisagawa Maru and promptly sank off the coast of Korea, taking nearly all of its passengers to their deaths. Bowlby was one of the few survivors.