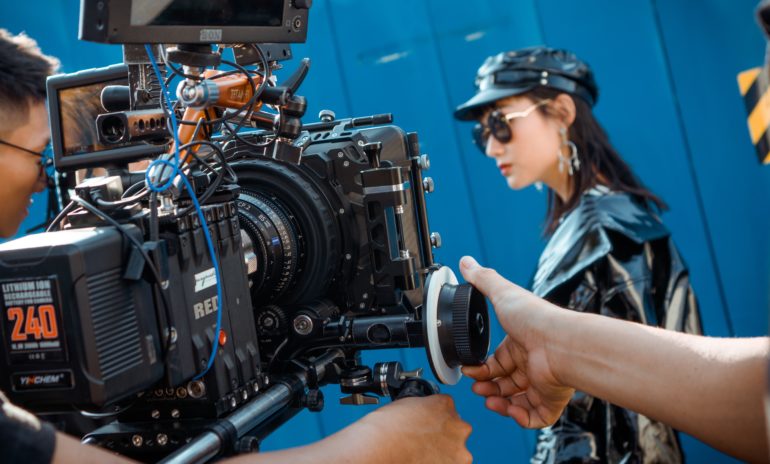 Start learning how to laugh on cue

Want to know how to be an extra in a Korean drama as a foreigner?

The entertainment industry in Korea is booming, so it’s no surprise that it can be a lucrative business for foreigners looking to get their foot in the door or just make some money. The gradual diversification of Korean screens means that every recent Korean drama features foreigners, even as background actors.

Being an extra in a K-drama is certainly a unique experience, and different from the English teaching work many Westerners find themselves limited to. For one, this kind of work accepts a wider variety of visas, and depending on the role you are cast in, English or Korean ability may not be required at all.

Most extra job opportunities can be found on sites like Craigslist or in Facebook groups and others (more information on alternatives here) that share information on acting and modeling gigs. When applying, you’ll have to send the casting director or agent details like your name, age, nationality, and visa type. They’ll also ask for your body measurements and several photos of yourself, and sometimes an introduction video or showreel. In my case, I received a request from an agent out of the blue looking to quickly fill the role of a caucasian female. So would I accept a couple hundred thousand won for a few hours of filming? You bet!

A Day in the Life of a K-drama Extra

What does a day as an extra look like? After making my way to a pre-arranged meeting point, I found myself in an eight-seater car with a bunch of other extras. We were all foreigners from around the globe living in Korea who do a little bit of everything in the entertainment industry — acting, modeling, singing, and even making TikToks. Some of us were fluent in Korean while others couldn’t speak it at all. Basically, whenever Korea needs a foreign face for a movie, drama, or commercial, it would be someone from this group getting the call.

I was warned several times by the agent to eat beforehand, because shooting can be a very long and arduous process. Luckily for us, it didn’t take too long. Due to coronavirus restrictions on gatherings, the number of extras had to be minimal. Meaning the cameramen had to skillfully make a group of 15 look like 50 at the Korean university we were about to film in.

Thanks to said restrictions, the university’s campus was totally empty — perfect for shooting a big TV production in secret. We extras found ourselves waiting in the school cafeteria while hair and makeup teams transformed our group of twenty-somethings into high schoolers. I was given a cute but nerdy ponytail to fit right in as a teen.

Meanwhile, the set design crew decorated the set with fake cafeteria lunches and “school posters” — in English of course, as this was supposed to be an American high school not a Korean one. Our agent gave us lollipops while we waited for the main cast to roll up and start filming the scene.

As we listened to the scene play out in the cafeteria — an embarrassing declaration of love from the “loser” kid to the popular girl — we were directed to laugh on cue, again and again, with big animated expressions that felt very unnatural. They shuffled us around for filming the closeups and audio only. By the end the extras, crew, and main cast were all visibly tired, so with nearly two hours of shooting and reshooting done, we called it a day. Our small crew of foreign extras climbed into one car and went home.

All in all it was a fun experience, meeting some of the cool actors that I recognized from films and making friends with other extras. I definitely recommend foreigners to give work as an extra a try — if you have a lot of patience, that is. It’s not just a new experience behind the scenes of a show or movie, it’s also a way to pocket a little extra cash. And I’m looking forward to seeing myself in the background of a certain K-drama when it’s released!