The 10 Best Makgeolli Bars in Seoul 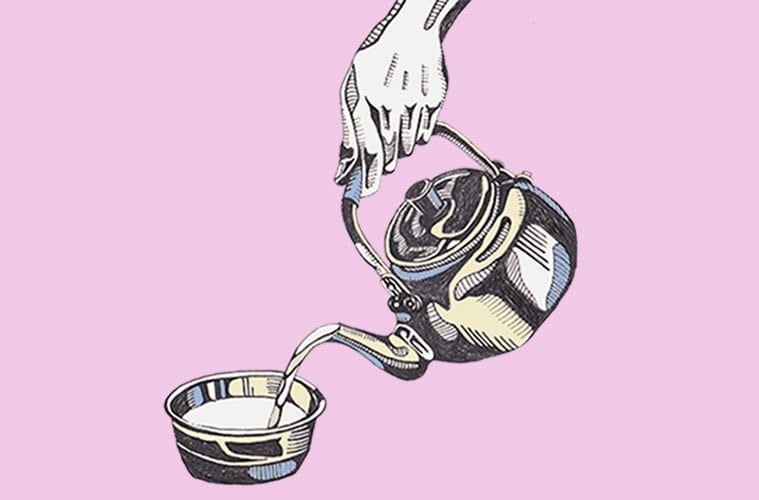 Although soju (소주) is currently the most popular alcoholic beverage in South Korea, makgeolli (막걸리), is its predecessor. Beloved by farmers and the working class, makgeolli is a sweet, rice wine that is Korea’s oldest alcoholic drink. The term makgeolli translates to “carelessly strained” and was popular until 1988; when Western liquor came to Korea.

However, makgeolli has made a comeback, especially with young Koreans, who prefer its lower alcohol content (6 to 8 percent). Also, the drink’s rich texture makes it more filling than soju and reduces the chance of getting the drunchies. However, because of the sugar content, make sure you prepare a hangover cure beforehand. If you’re ready to try something new, we’ve compiled a list of the 10 best makgeolli bars in Seoul!

Mukjeon (묵전) offers its clientele a variety of dishes to enjoy alongside their makgeolli. I recommend ordering the bossam (보쌈/sliced pork) and kimchi tofu with the makgeolli of your choice. The makgeolli makes the chewy bossam easy to digest, while the tofu adds a nice finishing touch.

Unlike most bars, Mukjeon has multiple makgeolli flavors to select from including original, chestnut, peanut, creamy, and grapefruit. The bar has two floors and is best suited for those seeking a cozy place to relax.

This is where you take your friends when you are in the Itaewon area but want to give your friends a taste of real Korea. The makgeolli is delicious, and we highly recommend the black bean version (검은 콩). The menu is a map and you can try out different brews from every region of Korea. Food is terrific as well, with some of the best versions of Korean side dishes for drinking – aka “anju” – around. You cannot go wrong, and if you make them your main meal you wouldn’t regret it.

The facility is small. It probably holds around 20 people, so if you have a big group, call ahead for a reservation. On a busy night expect to wait, and the bigger your group the longer you can expect to wait.

Mr. Ahn hires only the most experienced chefs and unique dishes like alcohol affogato (liquor on ice cream topped with a caramel apple) illustrate their creativity.

Makgeolli Salon is an all-you-can-drink joint located near Hongdae Station (홍대역). The bar offers a vast selection of makgeolli from every part of South Korea. For just 5,600 won, patrons can drink as much makgeolli as they please. However, brand and fruit makgeolli will be more expensive (6,000 to 12,000 won).

More cafe than a bar, MowMow’s most famous flavor is their green grape makgeolli. Other available flavors include unique concoctions such as black bean, corn, buckwheat, burnt rice, etc. However, unlike most bars in this article, MowMow can be a good place to chill for teetotalers as well. Instead of a place to get drunk at, MowMow’s vibe is a restaurant that happens to serve makgeolli.

민속주점 연대표 (folk liquor store), is one of the more well-hidden makgeolli bars in Seoul. The bar is more popular with Yonsei and Ewha students, who flock after class to drink their sorrows away. You can find intriguing makgeolli flavors such as blueberry, strawberry, peach, and honey.

Compared to other makgeolli bars, 연대표 is cheap and, on average, one bowl of makgeolli costs 4,000 to 6,000 won. Also, it’s relatively spacious and consists of two floors, which makes it ideal for large gatherings.

Like a Dandelion is a quaint coffee shop/bar located in Daehakro (대학로) and close to Hyehwa station (Line 4). Unlike most makgeolli bars, Like a Dandelion opens early and closes early, so it’s not a place to pull an all-nighter.

Customers receive free cookies with the order of any beverage and most of the food items are desserts (waffles, cookies, etc.). Their most delicious makgeolli flavor is original, which will cost 6,000 won for one serving.

Moowol (무월) is a hip and trendy bar that happens to serve makgeolli. The makgeolli here is very modern and includes flavors such as aronia and strawberry/banana milk. Their most popular flavor is the aronia makgeolli, which costs 15,000 won for 1 liter or 8,000 won for 500 mL.

The portion sizes here are relatively small, so it’s not a place to eat dinner. However, the dishes are diverse and include selections such as beef, sushi, soup, etc. Expats with non-Korean taste pallets should enjoy the sweet makgeolli and simple dishes.

Located in the heart of Gangnam, Maehyangi Nejumak (매향이네주막) is a classic Korean suljp (bar). Don’t be fooled by the rickety interiors, this establishment hidden within the layers of makgeolli bars popular to foreigners, is a hidden gem.

At this bar, it’s recommended going old school and ordering the original makgeolli flavor. Many customers like to order a can of cider to mix with the makgeolli, the fizzy cider reduces chances of indigestion with the strong makgeolli.

Wolmae Nejumak is the place to go after the initial round of drinking has subsided. The bar is cozy, but certainly, a place where you’ll hear loud drunks enjoying their night.
The recommended flavor here is the original or chestnut makgeolli; the chestnut has a sweet and creamy flavor. Along with the makgeolli, order rice balls with spicy vegetables or their Korean tofu. The makgeolli here comes in a traditional pot and modern flavors like strawberry/banana are not available.

With three locations around Seoul, Neulinmaeul Makgeolli (느린마을막걸리) is known for serving one of the best Makgeolli in Korea. Produced without preservatives or artificial sweeteners, the Baesangmyeon Brewery uses only local agricultural products.

Thanks for checking out the 10 best makgeolli bars in Seoul. If there’s a makgeolli bar you feel we missed, don’t be shy and shoot me an e-mail!