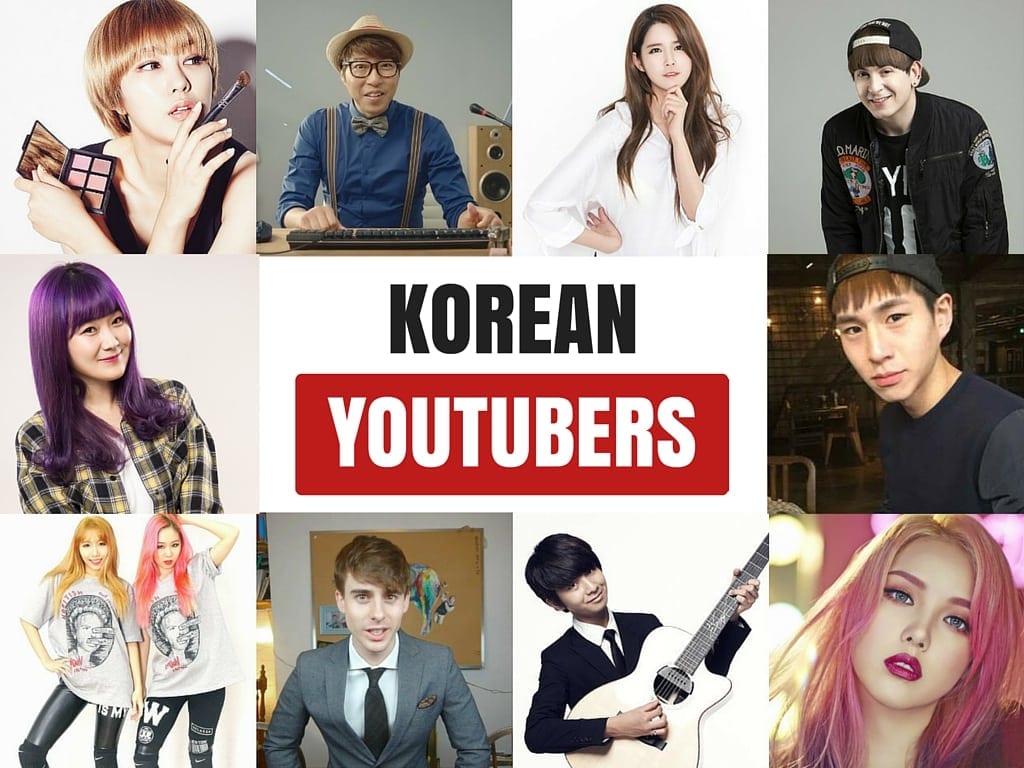 ‘Power YouTubers’ are the new online celebrities in Korea. What may have started as a hobby on AfreecaTV has now become a career as some go on to earn a living from sponsorships, TV broadcasts, book deals, and even their own business. This Top 10 countdown takes into consideration YouTubers based in Korea, or about Korea, or by Koreans exclusively. Unfortunately, many fantastic YouTube channels could not be included as more and more channels are gaining popularity every day!

*Number of subscribers as of 2016 April

Dave (full name: David Kenneth Levene) is an American comedy and culture entertainer, who is well known for his witty observations and fluent Korean language skills. His online popularity has led to appearances on ‘Hello! Stranger’, ‘Brave Ranking’, and presenting on EBS Broadcast. His videos also feature other famous foreigners in Korea, and you could say that he was one of the first Korean speaking foreigners on YouTube.

Jung Mansu, aka Banzz is the king of mukbang (먹방) eating broadcasts. Nearly all his Youtube videos are recordings of his live AfreecaTV streams. Unlike all the other mukbang broadcasters, Banzz is renowned for his ability to eat huge amounts of food. For instance, his video eating 10 bowls of Chinese black noodles has 3 million views. Many are in awe of his ability to eat so much food, but still stay slim. Fans admire his calm, polite and soft spoken personality, as well as his eating etiquette. 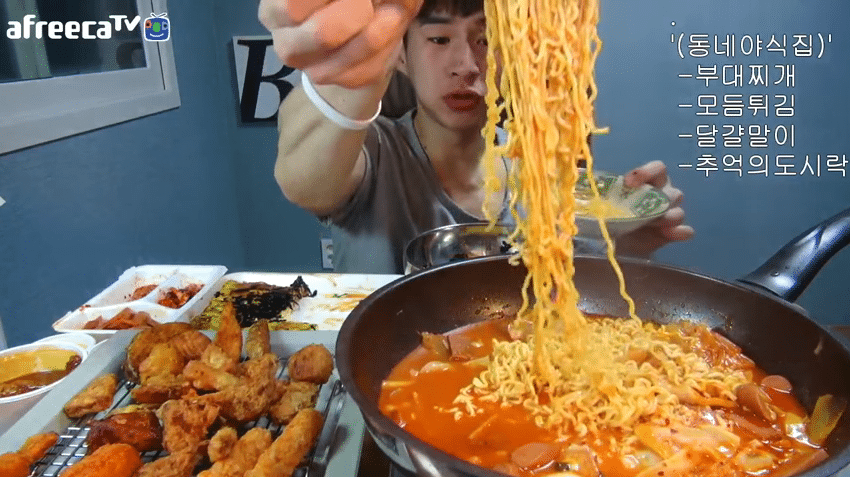 Eve Kim (real name: Kim Sojin) is the most popular solo female broadcaster on AfreecaTV. She is mainly known for her pure and attractive appearance, but it is her witty responses to controversial topics and warm charm that has grown a loyal fanbase. Her ability to converse well on a variety of topics, and give advice makes her popular with both the male and female audience. Her YouTube videos are mainly clips of highlights, edited like a TV show, from her live stream. 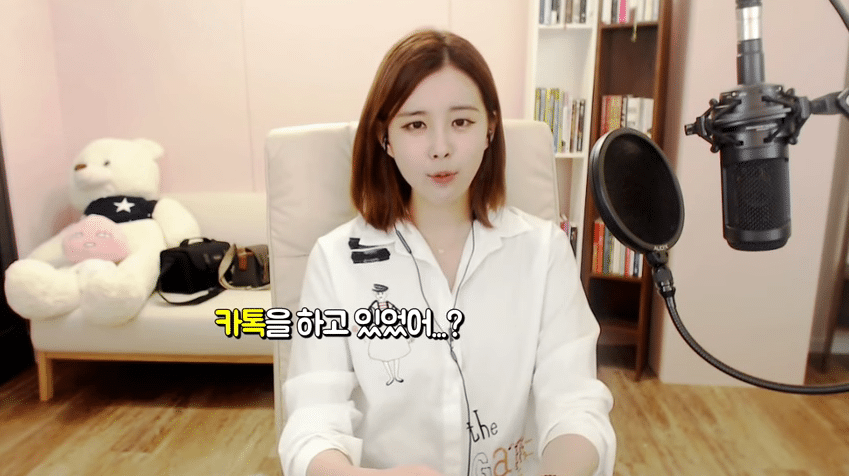 Sinnim which translates to ‘Ms. Ssin’, is a makeup guru who is able to transform her face with the power of makeup. Her tough, tomboyish personality and gruff voice is refreshing in comparison to the millions other beautiful and sweet beauty gurus. She often curses and pulls ugly faces, to make her videos entertaining and comedic as well as informative. The combination of great makeup tips, relatable personality and high quality videos, make her channel a must watch. 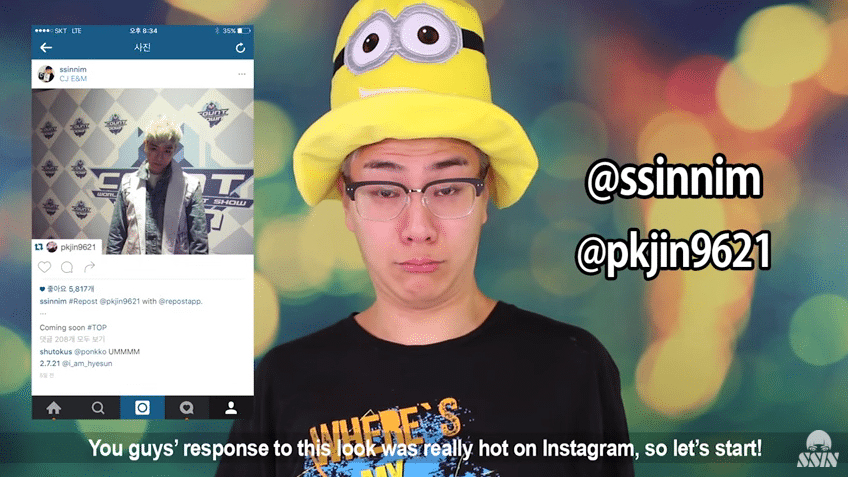 Josh is a handsome, polite, typically British young man who is fluent in Korean after studying it at university. The videos of him and his friend Ollie, brings Korean culture to Brits and educates Korean viewers on British culture. The videos are informative, well edited and give an honest look into two very different cultures. 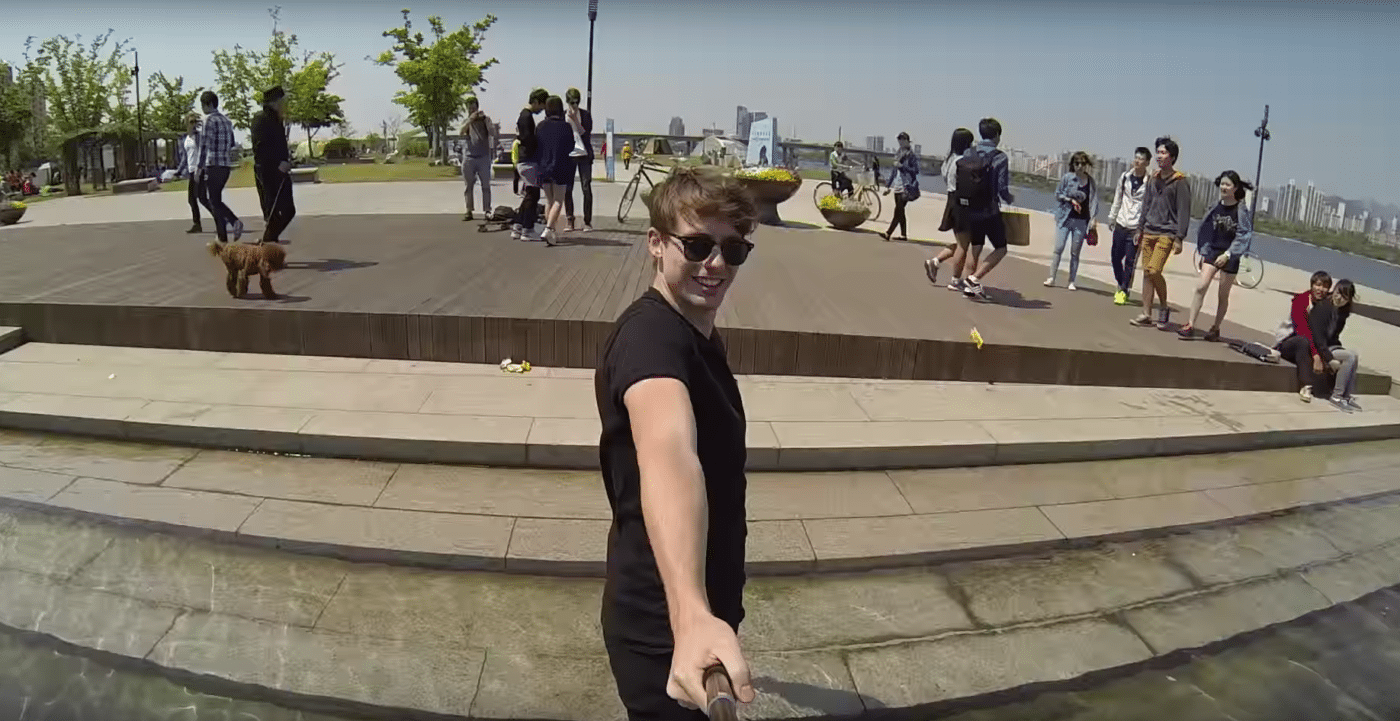 Na Donghyun, most commonly known as his channel name ‘Great Library’, is a game commentator who first started on AfreecaTV in 2010. His consistency, entertaining game character voices and game tips has been rewarded with being ranked 1st on AfreecaTV in 2015. He now earns at least 1 million won a month on his Afreeca TV channel alone, and is the first Broadcast Jockey president in Korea. His YouTube videos will only expand his popularity. 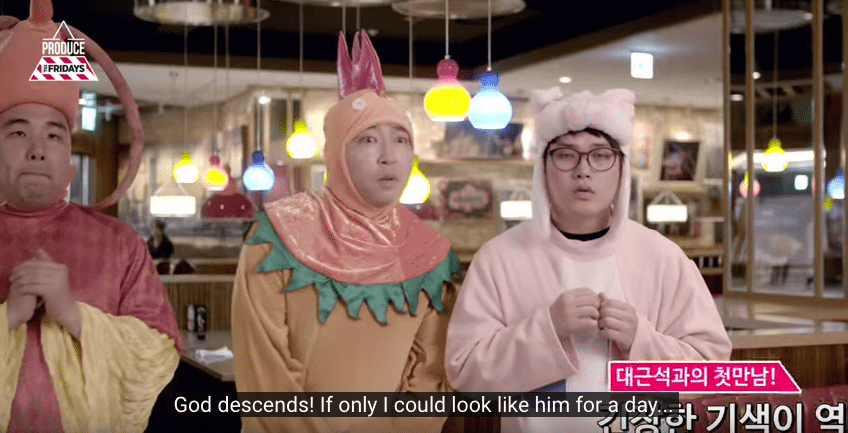 Some readers may remember Pony’s incredible Taylor Swift transformation that surfaced online not too long ago, which instantly went viral and had already clocked up 7 million views at the time of writing. ‘Pony’ was the online name that Park Hyemin chose in the early 2000s when she became a famous internet ulzzang. She then became a makeup power blogger, and a makeup artist. Pony has surpassed internet celebrity status, as she has gone on tours, published many makeup books, and had her own TV show. She is now the personal makeup artist of CL. Her YouTube channel is one of many parts of her brand. 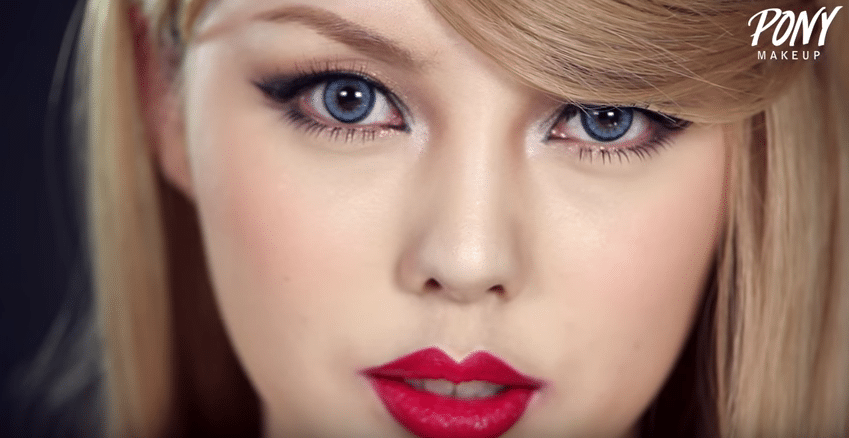 Yang Jiyoung, aka ‘Yangdding’ on AfreecaTV, is a gamer, specialising in Minecraft. Minecraft is an extremely popular game amongst young people in Korea, so her fans are predominantly students. Unlike other gamers, her videos are not comedy commentaries. Instead she plays different roles and acts like she is living in the game, so her videos seem more like a reality TV show as viewer witness her interaction in the game. Realistic ad-libs and her appeal to a niche yet powerful audience has maintained her popularity. 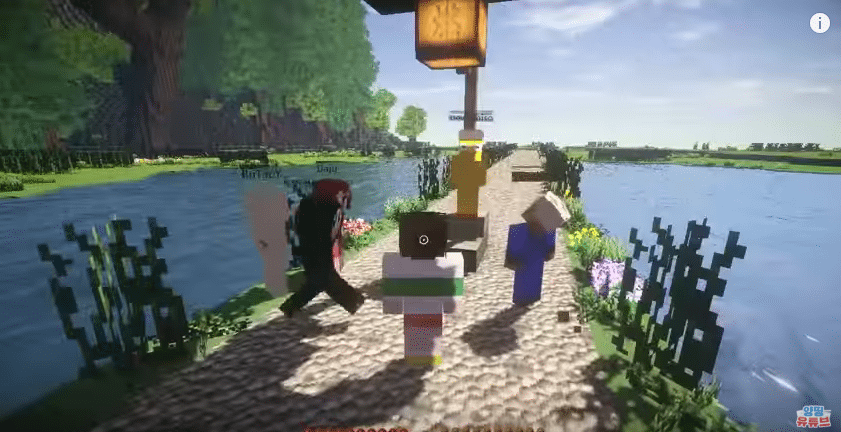 This all female dance group is mostly known for their sexy covers of Kpop dance choreography. As the popularity of catchy Kpop tunes exploded, so did their numbers of subscribers. Many of their videos have gone viral (such as Psy’s ‘Gangnam Style’ cover with almost 2 million views), and they have gone on to work on commercials and performed concerts in many countries around the world. 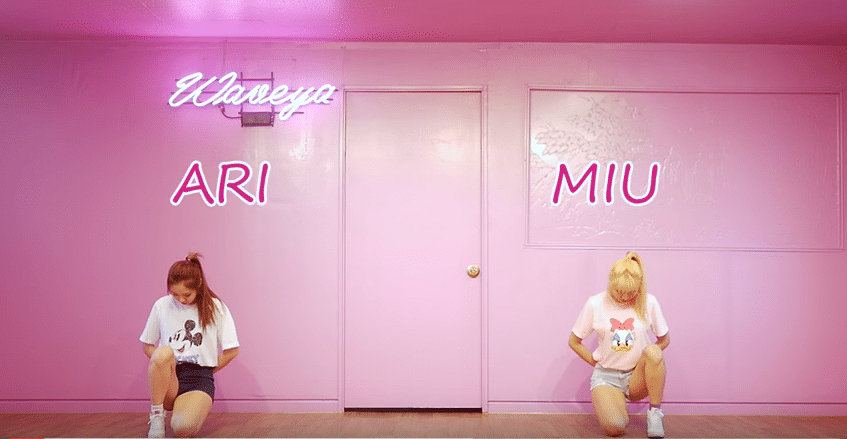 Jwcfree is the obscure YouTube channel ID of Sungha Jung, a Korean guitar prodigy. His channel has the highest number of subscribers in Korea, after corporation accounts (such as SMTOWN and Mnet), and idols (such as 2ne1 and Big Bang). Known for his incredible acoustic fingerstyle guitar abilities, he has gone on to release 5 albums, world tours and collaborated with many celebrities. He has come a long way from playing guitar in his bedroom. 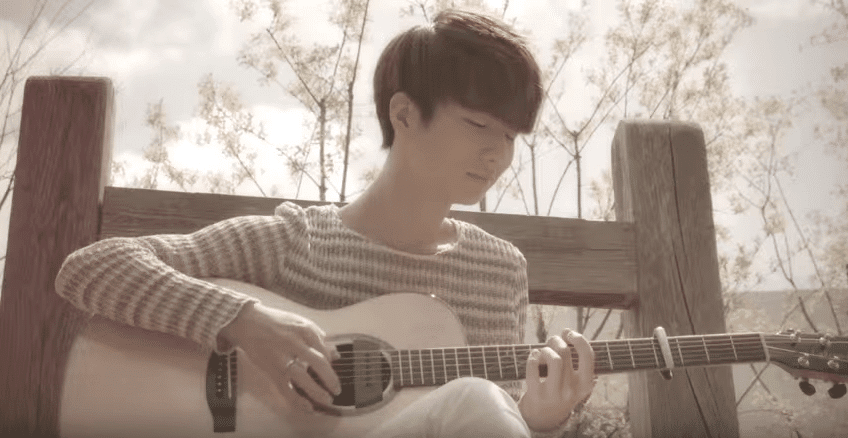