The Enormous Crashing Wave at COEX Seoul is Gorgeous and Mesmerizing 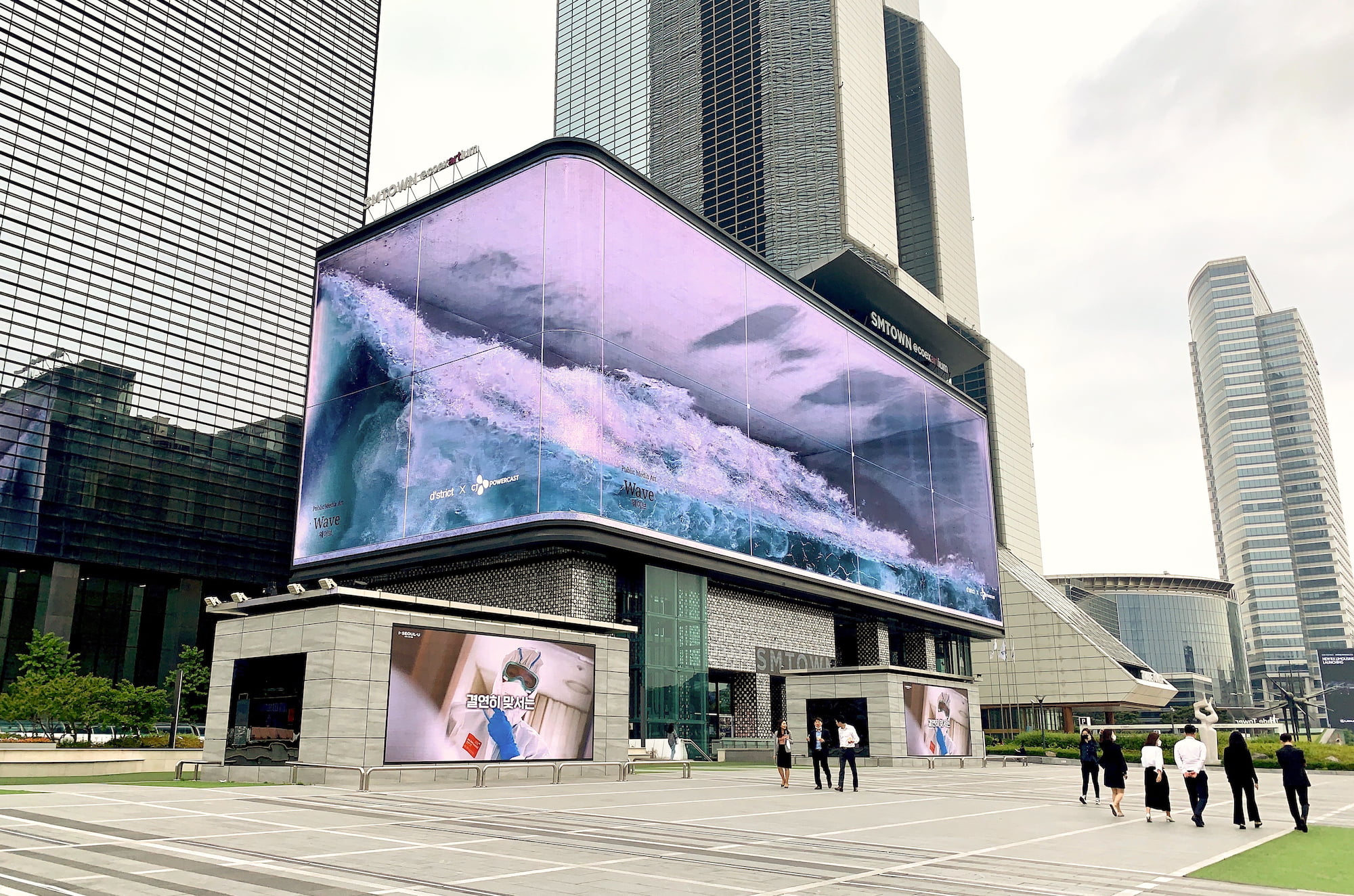 I admit I was intrigued but skeptical. The new installation, “Wave,” at COEX Seoul bills itself as the world’s largest anamorphic illusion, and the Seoul design firm d’strict created it using the biggest and highest-definition outdoor screen in Korea. But from Times Square to Tokyo we’ve all seen big bright screens before, so I went down to COEX Seoul to see for myself.

Yes, it’s undeniably gigantic. About 80 meters long and 20 meters tall, curving around a corner, with a resolution of 7,840 by 1,952 pixels. Apparently that’s about twice the resolution of Ultra High Definition. It puts every other screen you’ve ever seen to shame.

But there was no wave. Instead I was seeing big beautiful advertisements for Mercedes, Porsche, and Omega (the Constellation never looked so good!), as well as whimsical animations of swimming whales. Turns out that “Wave” makes its appearance every 30 minutes, at the top and bottom of every hour.

So I waited. A small crowd began to form. We all marveled at the largest coronavirus prevention information we’ll ever see. Also, a speedy cheetah in slow motion, and what must be the world’s largest sizzling steak, courtesy of Outback Steakhouse.

Then came the wave.

It starts out ominously slow, growing, building strength as it rolls toward you. Then all at once it swells, crashing into the glass and then folding back over itself. Some spray hits the ceiling. The water becomes a turbulent sea just as the next wave arrives, this one more powerful than the first. It’s mesmerizing. It’s stunning. It’s gorgeous. But the wave seems to be searching for a way out — it’s an epic force that does not want to be contained.

You can focus on individual wavelets and eddies, on their small beauties, or you can sort of unfocus and feel the wave’s back and forth, its inertia. I could’ve spent the whole afternoon watching the wave rolling back and forth, sloshing, splashing — and noticed a million details in the spindrift and spume. 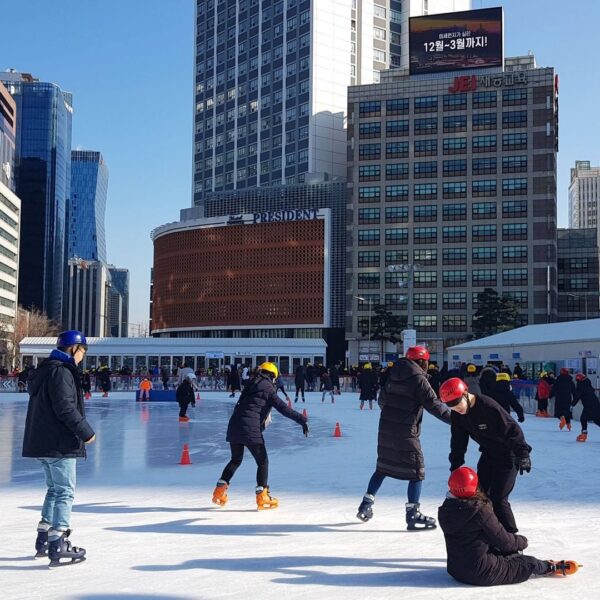 But then just like that the screen faded to black. Sixty seconds is all you get. Some of the crowd dispersed. Others, like me, waited another 29 minutes for the waves to come crashing down again.

Have you experienced crushing wave at COEX Seoul? Leave a comment below