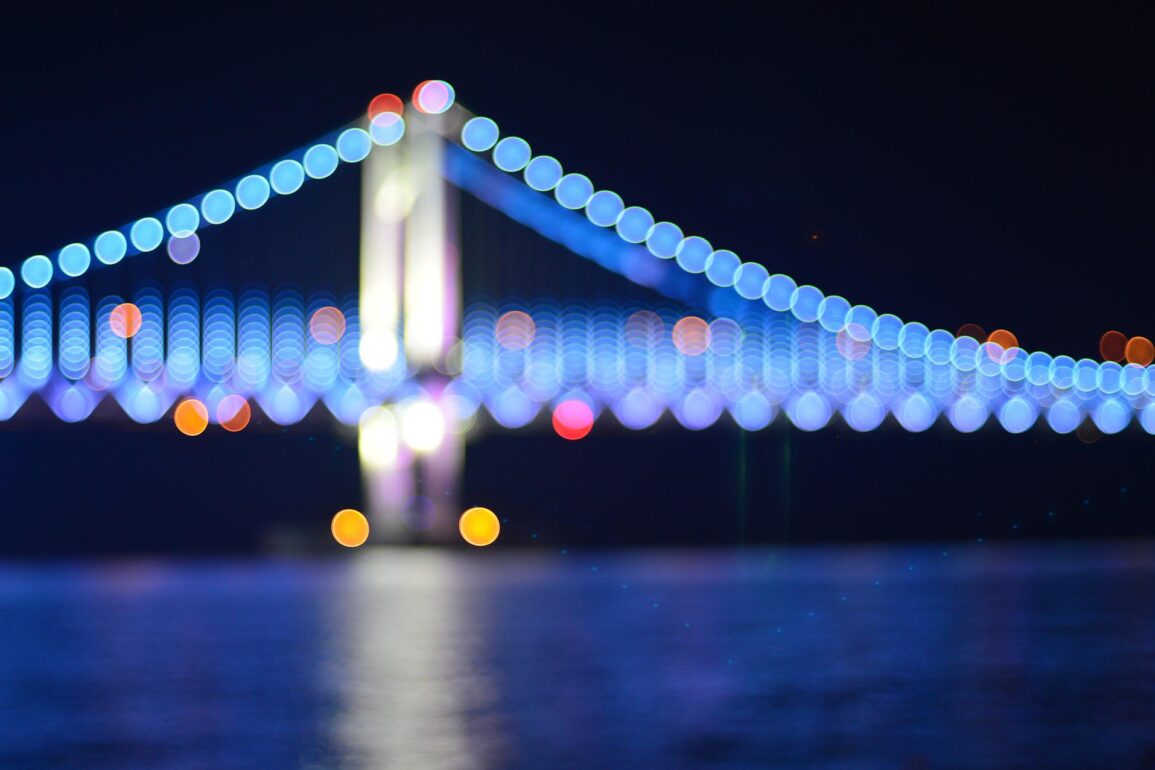 Summer escalates full force bringing intense levels of heat and humidity. Patbingsu and frozen choco pies stop offering enough respite, and crowds start sweeping over the major beaches leaving little room to lay down a towel. But all hope in securing cool, quiet relief is not lost. Korea holds an abundance of beaches, rivers, and other summer spots. It’s just a matter of being a little more adventurous and seeking out those hidden treasures. This is a list for those who don’t mind going off the beaten path to find Korea’s summer gems. Here are ten to get started:

Note: The first five listed are getaways inside a getaway, one might say, as they are all found in Jeju Province.

Tucked away off one of the most scenic walking trails in Jeju (Olle 7), tall stone walls form the perfect natural pool amid stunning views of the south side. When the tide is high, adrenaline junkies can get their fix and cliff jump into the pool or even into the ocean from higher points.

Shallow water around the rock pool is perfect for snorkeling, and swimmers can make their way to the rocky bay on the left to explore caves built during the Japanese occupation. Known as Oedolgae because of the famous rock formation located farther down the walking path, this secret spot is popular among locals and visitors inquisitive enough to be in the know. Just be warned, discovering this hidden south side gem packs so much power, it has spurred mainlanders to book returning flights and has even caused some to relocate to the island.

Getting there: It takes a little over an hour to get to Hwanguji from the Jeju Intercity Bus Terminal. Catch a bus for Seogwipo and get off at Dongmun Rotary. Head west along the Jungjeong-ro street for 130 meters to the bus stop and get on bus 8 heading for Oedolgae. If already in Seogwipo City, it takes about five minutes by cab and costs W3,000.

To the secret spot:

Once at the Oedolgae bus stop, head down the path across from the car park and restrooms. A coffee shop will be to the right and a little farther down, a wooden bridge will be to the left. Keep walking toward the water until reaching a staircase that leads down to Hwanguji.

During the summer, some of Jeju’s craftiest can be found on the main strip selling handmade goods at a tiny art market. Musicians throughout Korea also visit the area and hold concerts at the cafés or guest houses. And come on, there’s even a tiny trampoline set up on the beach during peak season so visitors can capture the perfect “jumpy” shot.

Getting there: From Jeju Intercity Bus Terminal, catch bus 700 headed westbound to Woljeong-ri (about 45 minutes). The beach is just one stop away from Manjanggul Cave, Jeju’s UNESCO World Heritage lava tubes.

Located off the southwest coast of Jeju, Sagye offers a rugged escape. Dark sand gently slopes into the water inviting swimmers to take a dip as giants Mount Sangban and Halla majestically loom in the distance. This beach is frequented by windsurfers as waves tend to pick up in the afternoon. Local surfers say conditions are best in the fall months. The authority figures patrolling the waters are not lifeguards or water police, but rather, haenyeo – diving women. Strike their fancy and maybe they’ll share their catch of the day.

Getting there: Take bus 700 again from Jeju Intercity Bus Terminal, but this time heading eastbound to Sagye-ri. It should be about 50 minutes to travel from Jeju City to the beach.

Together, these two beaches give the best of both worlds. Gwakji comes alive in the busy months with umbrellas and tents dotting the long stretch of white sand. Makeshift bars selling mojitos and other summer concoctions pop up in the height of beach season, and a small café on the corner sells Western brunch, microbrews and some of the best fish and chips in town.

Although the beach never feels too crowded, all it takes is a quick jaunt along the coast to slip away to Gwakji’s “secret beach.” It’s a tiny strip of sand until the tide goes out, but the little cove provides complete seclusion.* Watch the sun set and the squid boats roll out from quiet Handam, then head back to the action of Gwakji and toast the end of the day with an ice-cold brew.

Getting there: Hop back on bus 700, head eastbound again from Jeju Intercity Bus Terminal for about 30 minutes, and get off at Gwakji. To get to Handam, take the paved path that starts east of Gwakji Beach and extends along the coast. It’s about a five to ten-minute walk.

*One thing to keep in mind when visiting Jeju is that many of the main beaches also have a smaller “secret beach.” Gwakji, Hamdeok and Gimnyeong have secluded strips of sand to the east of the main beach, while Hwasun has one to its west.

Adventurers willing to make the trek to pebble beach Mojini take “going off the beaten path” to an entirely different level. Made up of four small islands between Jeju and the mainland, Chuja Island is home to one lone rotating ESL teacher and around 3,000 inhabitants. What it lacks in sandy beaches, Chuja more than enough makes up for in remote charm. Quaint fishing villages, green peaks, and untouched coastlines can be found throughout the island giving access to raw nature.

Besides providing opportunities to hike, swim and camp, Chuja is also famous for fishing. Just note when making travel plans, that the ferries are notorious for shutting down when the weather’s bad. Rumor even has it that two-day trippers once bunked up at the local fire station after a typhoon stranded them for a week. So, pack a fishing pole, allot enough time, and rest assured that Chuja-ites take care of their wayward stragglers.

Getting there: Accessible by ferry either from Jeju Island or Mokpo. Call Korea’s Information Hotline (1330) for the latest ferry times before planning a trip, as the schedule changes often. Mojini Beach is located in lower Chuja Island and can be reached by the bus that loops around the islands. The bus ride from upper Chuja Island’s main village to the beach takes about 30 to 40 minutes.

Healing for both body and spirit, Osaek Springs is perfect for escaping the heat in cool mountains or embracing the summer rain in green luscious forests. The tiny resort town of Osaek is at the southern tip of Seoraksan National Park and is a good base for the surrounding hikes. It also hosts cozy guesthouses, restaurants selling mountain greens, and a luxurious public bathhouse. Pick a trailhead outside of the main hub and wade in springs, waterfalls, and mineral pools, boasting an array of healing properties.

Some of the spring water in the valley is high in iron and carbonic acid, both good for stomach problems. Hot springs in the valley are also high in sulfur, chloric acid, calcium, and magnesium, leaving skin so soft the legend that fairies once bathed in the springs for healing powers will seem a little less far-fetched.

Getting there: With the winding mountain roads, it’s about a 20 to 30 minute ride (depending on the driver) to get to Osaek Mineral Springs Resort from the Yang Yang Bus Terminal, either by bus or taxi. A cab is a bit pricey with a one-way trip setting you back about W20,000.

Popular among surfers but less known among casual vacationers, Gisamun is ideal for anyone wanting to catch a wave, spectate or simply get away from the masses that flock to the east coast in the summertime. Situated between the small fishing village of Hangpogu and the 38th parallel, this small sandy beach is a surfer’s dream with its high waves.

About five minutes away sits quiet Jangyo where surfing is prohibited, but pitching a tent on the campgrounds is always welcomed. In fact, both beaches have appeal that extends far past the summer months. Touted as one of CNN’s “Best 5 Winter Surfing Spots in Korea,” Gisamun’s water temperature stays warm even during the winter. Invest in a wetsuit and a thick blanket, and take advantage of the solitude of the duo year round.

Encompassed by pine trees standing around 200 years old, Songho brings relief to anyone desperate to break away from a hectic lifestyle and take in a deep breath of nature. With the “song” in its name deriving from the Chinese character that means “pine,” the 600 coastal trees forming a windbreak around the peaceful stretch of beach are darker and sturdier than other pines on the Peninsula.

The gentle strength of Songho extends to the soft sand and shallow waters making it a family-friendly summer spot. For those with a set of wheels, the drive around the area is quite scenic, with views of islands offshore and rugged mountains inland. From Songho head to Ttangkkeut, or “Land’s End,” and nab bragging rights for visiting the southernmost point of Korea.

Getting there: Songho Beach is situated 36 kilometers away from the Haenam Compound Bus Terminal, so you’ll need to allow 50 minutes for the bus ride.

Widely known for Daecheon and its annual mud bash, the rest of the west coast is often overlooked, leaving the beaches of Taeanhaean National Park relatively free from the throngs of vacationers. The Taean Peninsula juts out into the Yellow Sea and its beaches are characterized by both dramatically high and low tides, and killer sunsets. At the northern end of the peninsula sits Hakampo where beach lovers can camp or join the locals in collecting crabs and shellfish. For rock climbing enthusiasts, the cliffs nearby offer stunning views with climbing routes right on the water.

Heading south on the peninsula and across a narrow waterway, Kkotji can be found on the island of Anmyeon. When the tide rolls out, the beach extends to Halmibawi and Halabibawi protruding magnificently out of the ocean floor. Known as “Grandmother and Grandfather Rock,” the two are famous for casting an array of colorful shadows as the sun slips down over the water, making it one of the top three places to catch a sunset in Korea.

Getting there: For Hakampo Beach, hop on a bus from Taean Terminal and expect to arrive in little less than an hour and a half. Kkotji Beach is closer to reach from the bus terminal at Anmyeondo and takes about 15 minutes.

In days of yore, this gorgeous pond was once thought to be a spiritual place where people would come and pray for rain. These days, refuge is still sought in the summer sanctuary, but more so from taking a dip in its cool turquoise water. An elegant swimming hole, the pond is surrounded by white granite rocks and located at the base of a waterfall that is ten meters high. Around the pool, there’s also an icy river and rocks to scoot down on, creating nature’s own slip and slide.

Getting there: Located between Daegu and Busan, Miryang can be reached by either bus or train. From Miryang Terminal, get on a bus (about 40 mins) headed for either Nammyeong or Eoreumgol. Hobakso Pond sits on the hillside of the 885 meter-high Mt. Baekunsan.

If you want to find a summer getaway check out our article!

And if you want more summer destination ideas, check this article from Visit Korea!