The 5 Oldest Seoul Palaces You Should Be Visiting 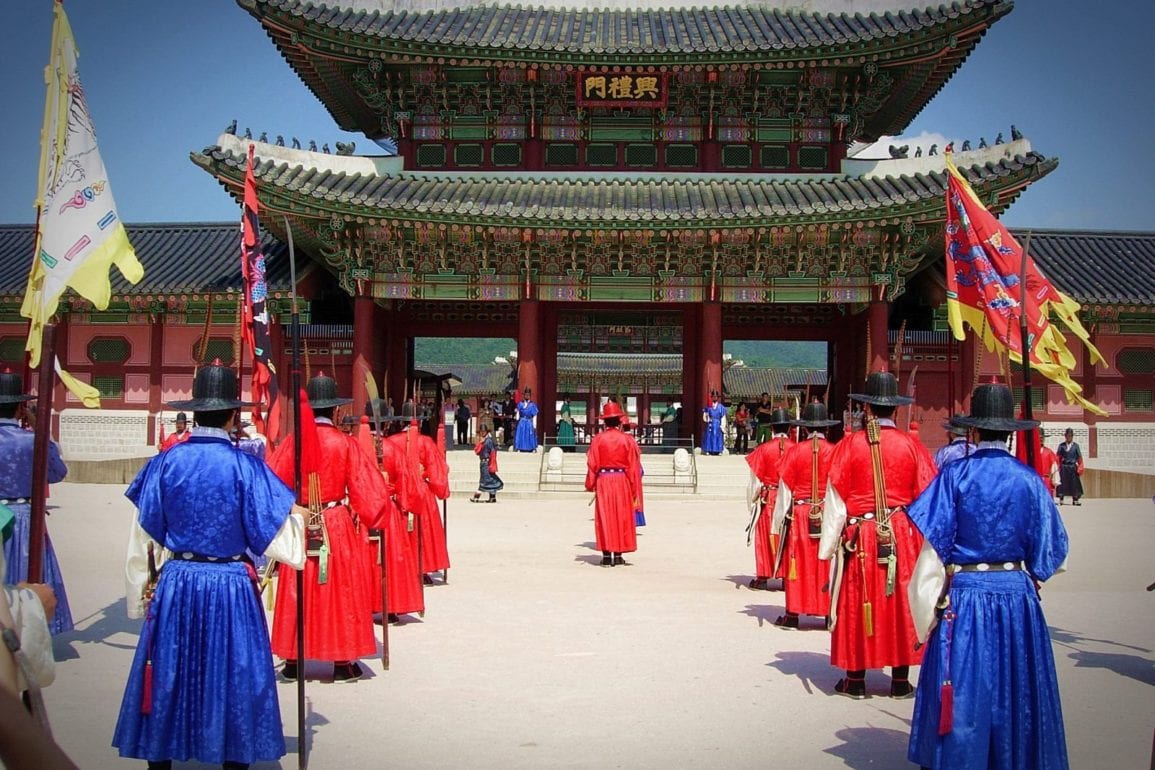 Seoul has, in the past half-century, developed from a war-torn city to a bustling spot of technological advancement, economic miracle, and high-tech everything.

But, despite its growth and development, Seoul is hardly a city that forgets its past and traditions. In the hub of the Korean peninsula, surrounded by skyscrapers, and thousands of coffee shops, still exist four Seoul palaces that have been around as early as 1395 AD.

Some Seoul palaces have been destroyed and rebuilt, others have been occupied and then won back, but the one thing that ties all of them together is that they all exist today.

Gyeongbokgung Palace was built over 600 years ago, in 1395, as a residential palace and was the first palace of the Joseon Dynasty. The palace is surrounded on all sides by walls 2,404m in length and is located in the heart of Seoul.

Inside the grounds, you can see tourists dressed in traditional hanboks, which you can rent on site for your visit!

Built in 1405, destroyed during the Japanese invasions of 1592-1598, and then reconstructed in 1610, the Changdeokgung Palace has an atypical beauty about it that designated it as a UNESCO World Heritage Site in 1997. The palace includes the living quarters of the king and queen and the Huwon Secret Garden.

Changdeokgung Palace was built as a second royal villa for the current King at the time.

What You Should Drink Nearby

Built in 1483 by King Sejong in order to house wives of the preceding kings, Changgyeonggung Palace is the epitome of the seventeenth century Joseon architectural style. The size of the palace is quaint (compared to the other palace grounds), but beautiful nonetheless.

King Sejong, who built the palace, is the figure you see on the 10,000 won bill.

What You Should Listen to Nearby

La Clé is a cozy jazz bar that has live jazz music every night. Having been around for 20+ years, the quaint spot has all the essentials you need to chill out to some smooth music any night of the week.

Deoksugung Palace is the most peculiar out of Seoul’s palaces. Combining both traditional Korean and modern Western architecture, this palace is perhaps the emblem of the strange juxtaposition of the incredibly modern yet incredibly traditional aspects of South Korea today.

South Korea is known for it’s banchan (aka side dishes). Well, if you’re a lover of plenty of diverse home-made banchan, the in-law;s house has got you covered.

Though not a palace, Jongmyo is a royal shrine in which the spirit tablets of deceased kings and queens were enshrined and ancestral rites were held. Eerily beautiful, the architecture of the place is solemn and architecturally beautiful.

Right after a king was inaugurated, his first duty was to visit Jongmyo Shrine to bow in front of the spirits and gods.

If Bulgogi is your thing, then look no further – Man Jung will have you coming back again and again.

You can visit all these palaces with The Discover Seoul Pass if you plan on hitting them all up in a short period of time. Because all of these locations are close to each other, the pass might be a convenient way to cut the lines and get where you need at your own pace!