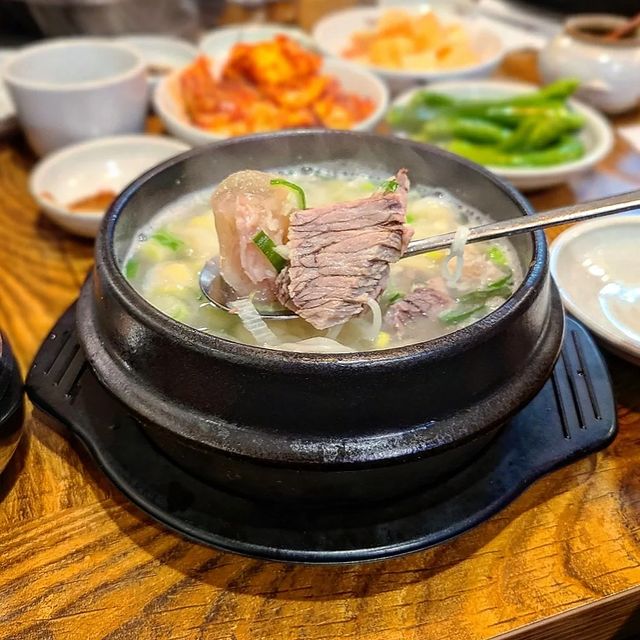 I had the honor of being the foreigner contingent on a KBS2 show about Korean food and for nine months they sent me on weekly trips around the country, preparing and trying dishes from various regions. The show was based on the idea that each episode would spend an hour delving into a specific kind of Korean food or ingredient. My role was to learn about one version of that food and go experience it firsthand from the foreigner’s perspective.

After months of traveling the country I was given a respite when they said, “We’re taping in Seoul.” It was an episode on gomtang (執鰻), oxtail soup, and I was sent off to prepare one of the best dishes I had during my entire time with the show at Jinju Jip, a restaurant with a 50-year history tucked away in an alley of Seoul’s Namdaemun Market (see sidebar). It was there that I picked up my first oxtail and went to work making Ggori Gomtang: Oxtail Soup. If you look hard enough, you’ll still find my picture on one of those ads they hang on the wall that say they were featured on TV.

There is a wide variety of gomtang, which is a soup defined by the extremely long length of time for which it is boiled. A gomtang can be boiled for days, but a typical gomtang needs four to eight hours before it is ready. This ridiculously long boiling time is conducive to tenderizing of just about everything; meat and vegetables boiled for this long end up melt-in-your-mouth tender. This is why normally tough cuts of beef like flank, brisket, and skirt steak are often used in a gomtang.

My high school buddy John Park, who is a chef trained at one of the best cooking schools in the States, once told me, “All the flavor is in and around the bone.” My mother’s ham bone split pea soup is a testament to this truism, and so are many other traditional dishes. That being the case, here’s another reason this is such a delicious soup: the tail is has a cylindrical bone with meat in and surrounding it. You can’t get a more perfect cut to use in a soup like this.

The faint of heart may make excuses for not trying ggori gomtang like, “I’m not eating something that was swatting flies” or some other cover for their fear. For those brave of you out there, take this opportunity to try something unique and new. Your courage will be rewarded.

Jinju Jip 진주집: Not to be confused with the Yeoido Jinju Jip featured in our August column, Namdaemun Market’s Jinju Jip specializes in ggori gomtang. It has been featured in the media extensively and was picked as the favorite restaurant of office workers in 2007. Jinju Jip’s long ggori cooking process includes extracting blood for a day and infusing beef with it overnight, creating a rich gomtang taste. Try its specialty, Ggori Tomak which is like ggori gomtang with more meat.
34-31 Namchang-dong, Jung-gu, Seoul. 02-753-9813 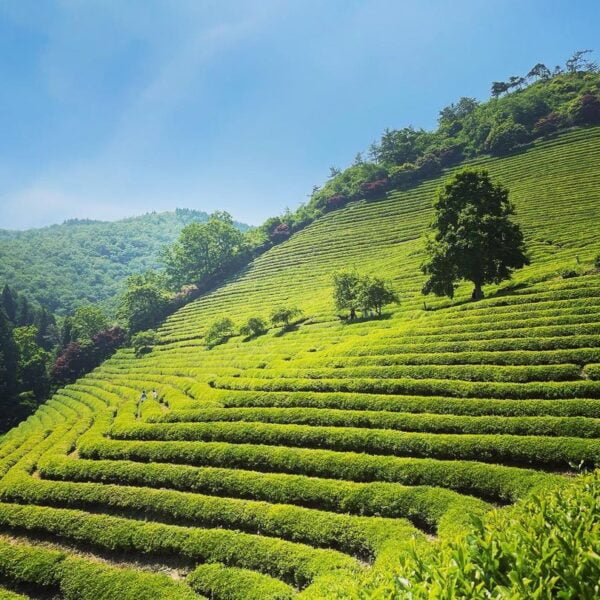 Daeyang Ggori Gomtang 대양꼬리곰탕 : Daeyang Sikdang in Mokpo, South Jeolla, is one of those restaurants with only a single item on the menu that only opens for weekday lunches—no dinnertime, no weekends. Despite its lack of customer consideration, there are lines out the door for its only dish, ggori gomtang, oxtail soup which is automatically ordered as soon as you take a seat.
5-1 Jungang-dong 1-ga, Mokpo-si, Jeollanam-do. 061-244-8308

Stephen Revere is the first Westerner to get an MA in Teaching Korean as a Second Language and a co-founder of 10 Magazine.