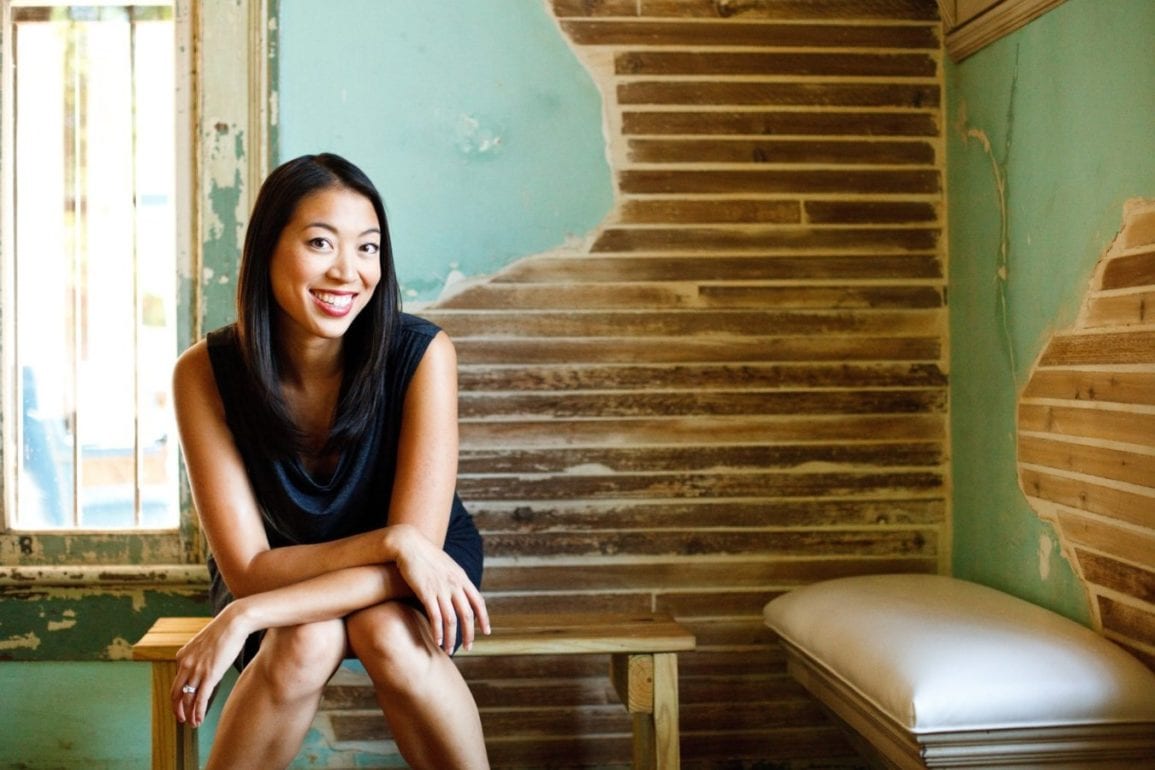 Elise Hu of National Public Radio (NPR) prefers iCal to Post-it notes, e-books to hardcopy, and video to text or pictures. Clearly, she’s a woman who is partial to a modern, “plugged-in” lifestyle. While she may not give herself the title of “innovator,” her record shows that she has been just that at every organization she touches.

As an NPR reporter, Hu does much more than record and weave together facts – she involves her viewers. Her personal Tumblr and Twitter accounts serve as tools to understand her viewers and their curiosities. Her dynamic, involved reporting style eventually caught the attention of NPR. Four years ago, she got a cold call from the organization and has worked for them ever since.

Hu is now the Bureau Chief of the newest NPR International Bureau in Seoul. She sat down with 10 Magazine to tell us about her whirlwind move to Korea, raising her young family in a foreign country and her take on innovative thinking. 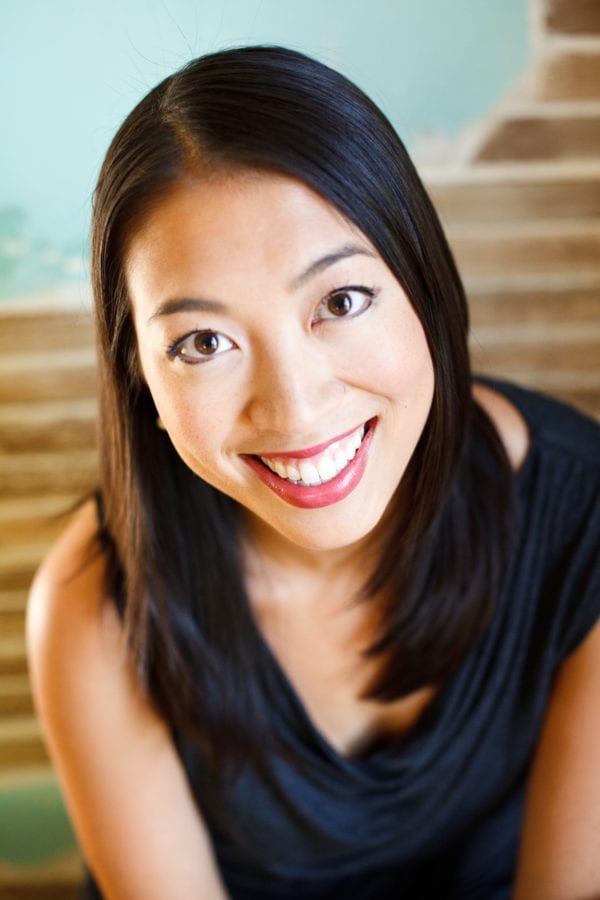 1. What was NPR’s motivation for being in Seoul now? What was yours?

NPR has long wanted to have a bigger footprint in Asia. I think when the editors looked at the big picture of where people were placed it was obvious that we were uncovered in this really dynamic region of the world. For the last few years they’ve wanted to open a bureau in Seoul to cover both of the Koreas and Japan.

I can speak Mandarin and I’m fairly familiar with East Asian cultures. So even though I hadn’t spent any time in Korea before, I took the job because it sounded really exciting. I think my general philosophy is, if it sounds exciting—just do it. So here we are.

2. You are responsible for covering Japan and both Koreas. How do you cover that much ground? What is your team like?

You start by admitting that you can’t cover everything. You have to be selective. In terms of covering three countries, news takes top priority. For instance in June, when MERS was happening, we were doing MERS stories non-stop. Under that layer is enterprise, meaning I report on what I’m curious about and what our audience is curious about.

As far as my team, I’m the Bureau Chief of a two-person bureau. It’s myself and Hae Ryun Kang. Her title is, “News Assistant” but she is also my interpreter and right arm. She helps me set up interviews and do research. In Japan, I have someone helping me but they aren’t full time like Hae Ryun.

3. I noticed that you’ve always been a leader or innovator in the workplace. What is the key to innovative thinking?

That’s not a label that I give myself, but I do like to try new things and challenge what I was doing before. The other thing that fuels me is that I get bored really easily and I’m constantly trying to challenge my position and help myself grow. I get a lot of that from my mom. If you get too comfortable you might not get lucky, and a lot of innovation is just about stumbling onto something or getting lucky. But you can’t get lucky if you don’t say, “yes” to opportunity.

4. You mentioned your mother as an influence. What is the most valuable thing she taught you?

My mother is a trained artist-turned-diplomat and she is someone who thinks very openly. Most importantly, she has always encouraged me to see the world, change my surroundings and explore. My father is really great too. He is a retired hospital pharmacist with a great sense of humor, who was actually a refugee to the United States. If you met my dad now, you would never know that he had to swim to freedom during the cultural revolution of China after being sent to a labor camp. I think my father’s background really taught me the importance of storytelling, humanity and how all of us are so nuanced and layered. We just have to sort of peel back the layers to see the humanity in everybody.

5. You’ve done some “tech” reporting for NPR, what do you make of the tech scene in Korea?

I haven’t delved into the startup community here as much as I have in other places. Overall, I think Korea and Japan both suffer from cultural barriers to start-up thinking. There’s a lot of cultural and societal reward that is still baked into being a “company man,” going to the best college and working for Samsung. There’s not enough risk-taking happening here. There needs to be some cultural change first before Korea can be a real hot-bed for start-ups. I don’t know if investors are really spending the big money you would need to make the next Facebook. 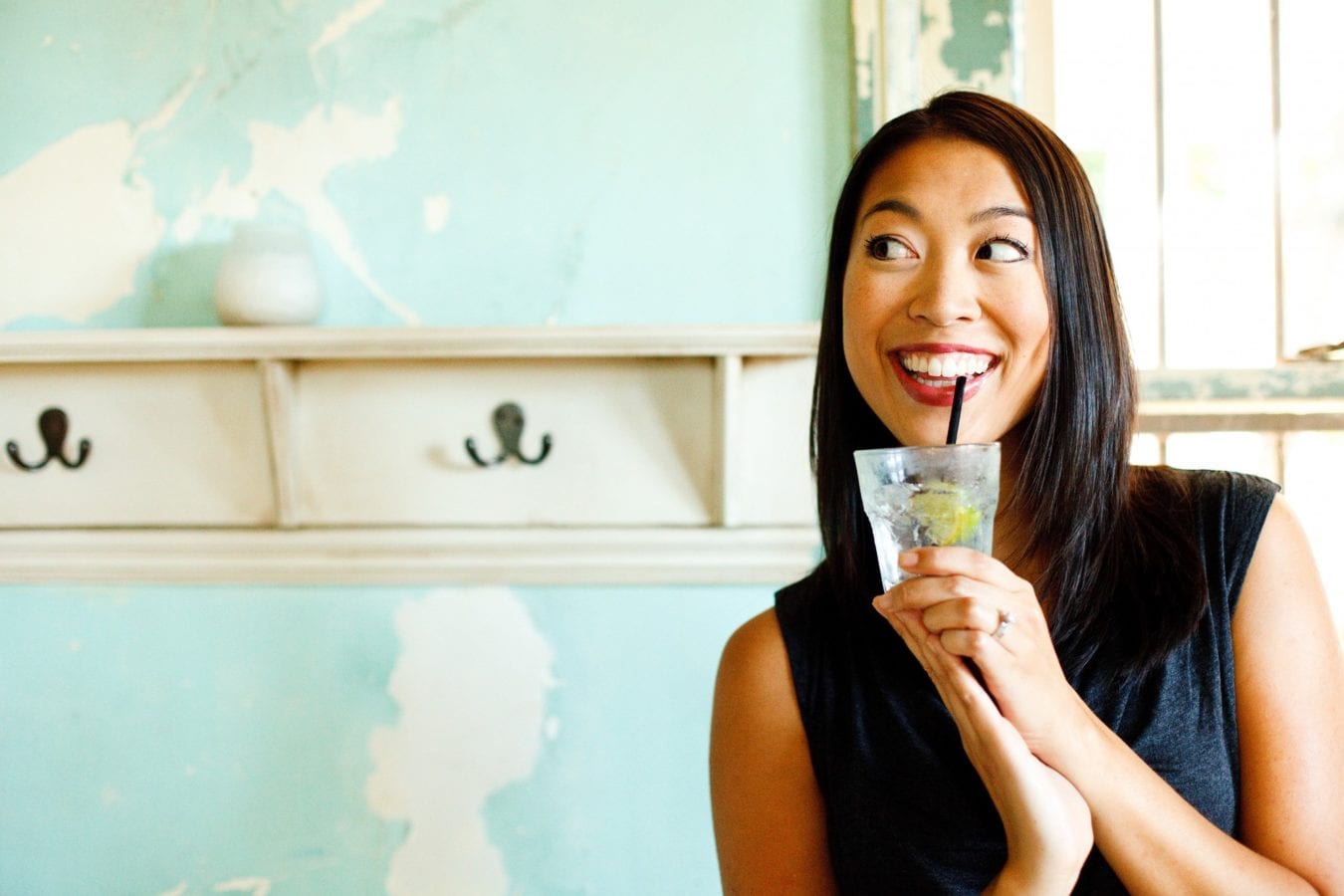 6. What is the most important issue that Korea is currently facing?

I think the economy is a huge question for Korea. How will Korea sustain its economic growth? A lot of the economy is built on family-run conglomerate companies and that structure may not adapt well to the business world today. A lot of what we know about Korea is surface level. We know about K-pop, K-drama, weird food — that’s all great. But are those the only things this country wants to be known for? Does Korea want to drive its economy on entertainment exports? That’s a big question.

7. You’re familiar with China and Japan. How does Korea compare as a place for foreigners and travelers to visit?

The culture shock that I experience when I travel between Japan and Korea usually has to do with how easy it is to navigate Tokyo as a foreigner compared to navigating Seoul as a foreigner. Korea’s infrastructure (subway system, payment system, internet search) is reliant on Hangul. Unless you know it well enough to understand what you’re reading, it’s actually quite difficult to get around. I don’t expect the rest of the world to be in English, but I am surprised that Seoul, an international Megalopolis of 25 million people, doesn’t have a more developed infrastructure that is accessible to people of different backgrounds. In my experience, when I first came here, there is much less of that than there is in Tokyo or Shanghai.

8. Your family made the move to Korea with you. What has it been like raising your young family here?

I moved my husband, my then two-year-old daughter, my daughter’s nanny, my dog, my two cats and my pregnant self over here in March. So we have a big family. There have definitely been times when I’ve questioned why we weren’t living our comfortable lives back in DC, but overall we are all so glad to be here. My daughter loves her little international pre-school, which is like the UN of three-year-olds — it’s adorable. My baby daughter was born here and is healthy and thriving. As we discover Korea, weird stuff happens to us and it has been fun. So I’ll forever think of Seoul as a home to me no matter how long we stay.

9. What is the craziest thing that has happened since you’ve been here?

My husband and I were taking a taxi to my Doctor’s office in Gangnam. All of a sudden, halfway to Gangnam, our cab driver pulls over and stops the meter. He leaves the car running and walks out of the car and into a bank. Meanwhile, my husband and I are sitting in the back seat of this running cab. We were like, “What is happening? Are we going to become accomplices to a bank robbery?” Eventually he comes back to the car and says, “화장실.” Thank goodness I knew that word meant bathroom. Otherwise we really could’ve been involved in some sort of crime.

10. What is your proudest accomplishment personally and professionally?

I guess I’ll just mix the two and say that I feel very privileged that I’ve been able to live out my professional dreams while at the same time having a very full family life. I always wanted to have children and I’m obviously very proud of my two girls. I also didn’t want to do that at the expense of the exploration, adventure and professional storytelling that I really sought for my life. The fact that I’ve been able to do both, even though I’m not sure how long it will last, is something I feel really blessed to have been able to do so far.