Skewered fish paste? This oft-underrated delicacy is tasty, quick, and cheap.
Odeng is one of the gems of Korean food for me. It scores top points in three important categories: it tastes great, it’s filling and it’s cheap. It’s also pretty much available everywhere you go, including malls, supermarkets, convenience stores and even 5-star hotels.
Basically, odeng is seasoned fish paste that has been formed into cakes or strips and then cooked. These are then mostly threaded onto wooden skewers for serving. The paste itself is made by kneading the fish purée with starch, rice flour or regular flour, sugar, salt and rice wine.
If you spend any time in Korea you will come across three different types of odeng. The first and most basic is simply served on sticks sitting in a broth. The broth is usually based on turnip and leeks with either crab or dried seaweed adding a boost of flavor. At the pojangmacha you just eat as many as you want and hope that the vendor is counting your sticks. The broth is always free and varies from place to place. If you see crab shells, pumpkins or leeks floating in the broth, chances are it’s going to be good. A soy sauce paste is usually served for you to dip the odeng in if you think it needs a lift. One interesting variation I have tried is red odeng, in which the fish paste is served in a spicy red gochujang-based sauce. Not for the faint of heart!
In the second style, the paste is rolled on sticks, deep-fried, and served with mustard sauce and ketchup. The variety of these is wonderful with different stalls competing for business by inventing their own versions. I had one recently with processed cheese filling which I am a little ashamed to say I loved.
Finally, we have the real cold buster, odeng tang (also known as eomuk guk, see below). Here the fishcakes are served in a bowl of broth with a touch of chili, chopped green onions and soy. You really should be sitting down for this. It’s a hearty treat often served with soju or jeongjong (a Korean version of sake). The color, taste and shape of the odeng vary a lot depending on where you order the soup, so you may have to root around to find your favorite.
The final selling point for me is that my kids will eat anything once it’s on a stick, so odeng is perfect for us as quick filler when we are out and about. Tasty, quick and cheap, this is one part of the local dining scene you simply cannot miss.

10 Tip
Some Koreans may tell you that you should refer to “odeng” as “eomuk” (어묵), since the former is derived from Japanese and the latter is a native Korean word. But we bet that when there’s not a foreigner around, those same people just call it “odeng.”

The Best Odeng in Busan
Why Busan? Odeng first became popular during the Japanese occupation of Korea, and Busan was the center of this fad thanks to its proximity to the island nation. 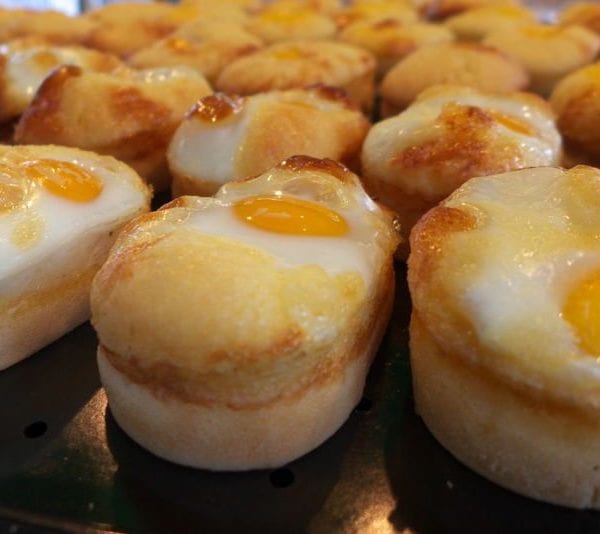 Don’t let the name fool you—this restaurant has earned its reputation for over forty years of delicious odeng tang since it opened in 1968. A broth made with 15 different ingredients gives it a distinct flavor. Located diagonally across from the Busan Bank in Sujeong-dong, Dong-gu, Busan. Open noon – 10 pm, closed the 1st and 3rd Sundays.  051-468-8089


Home Sweet Home 정든집 (Seoul)
There is a good reason why this odeng bar located in Seoul has won the hearts of its customers. You’ll be surprised by more than a dozen different odengs including cheese, dumpling and cold Japanese varieties, selling for W1,300 each. It’s located on the right side at the entrance of Garosu-gil, 5 minutes from Sinsa Stn. (line 3, ex. 8). Look for J Tower. 02-3443-1952
Edited by David Carruth and Song Lee