10 Korean Drinking Games You Have to Try 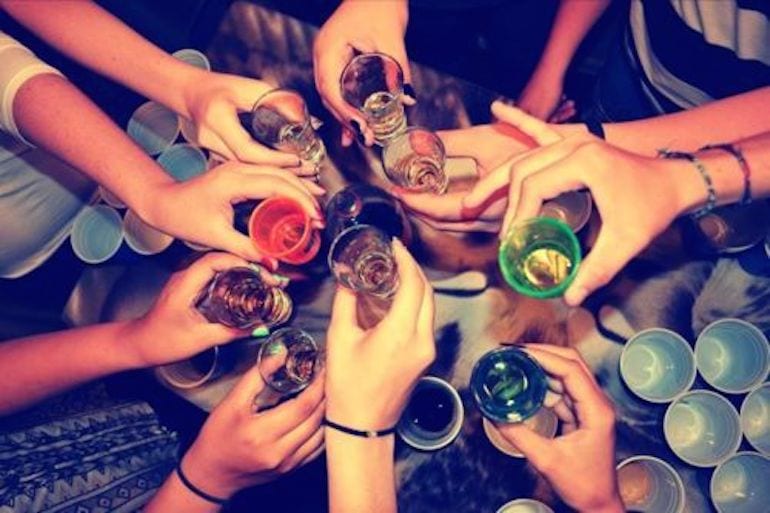 Koreans like to drink, nothing new there, but they also have a variety of drinking games that you should definitely try. Pick any of the Korean drinking games in this list and let the fun begin!

Babo (바보) means “fool” in Korean. In this game one player starts saying a number from 1 to 5 while at the same time showing a different number with their hand. For example: The first player says 1 but has 3 fingers up in his hand, so he is safe and the next person has to say the number of fingers he has up while having a different amount in their hand and so on. People lose if they say the same number as fingers they have or they don’t say the number of the previous player hand.

This is pretty simple, and no, it has nothing to do with the brand. Basically all you have to do is each player say up to 3 numbers in succession until they get to 31, whoever says 31 has to do a shot.

This is pretty popular among young drinkers, where you just have to say a number from 1 to the number of people there are playing. Players lose if two people say the same number  or whoever is the last.

This is pretty simple. Take the soju cap and twist the loose part until its straight (without breaking from the cap) and then you flick it with your finger. You only get one chance per turn and continue to pass the cap around until someone breaks it. Whoever breaks it makes everyone else drink.

After flicking the loose part you can then play a whole new game with just the cap! Whoever won the bottle cap game starts and takes the cap and says it’s a number between 1 – 50 and players start guessing what number it is, with the one with the cap hinting whether is higher or lower that number. Whoever guessed correctly is safe and the people to the left and right of the person who guessed right has to drink.

This might sound a little bit complicated but once you get used to it, is actually pretty fun. Mandoo (만두) is dumpling in Korean.

This doesn’t require a bunny, don’t worry. You put both of your hands like you are eating while chanting “Bunny Bunny” as many times as you want and then without stopping choose a random player to ‘Pass the bunny’. At the same time the immediate players to their left and right chant “dang-geun(당근)” (Which means carrot in Korean) to try to mess the chant up. Whoever mess the chant ends up drinking.

This game is pretty simple and based around “VOTES”. Basically the first player starts saying something descriptive like “Most popular among girls/boys”. And then everyone points at whoever they think fits the “image” the most. The person who gets the most votes has to drink.

You will need a tall (deep) glass and a small (shot) glass, fill the tall glass with beer and put the small glass inside, players take turns to pouring amounts of soju in the small glass, you can put as little or as many as you want. Whoever makes the small glass sink, drinks the whole thing.

Have you played any of these Korean drinking games yet?

If you’re tired of plain soju and beer and feel like upgrading your drinks for the next gathering with friends, why not try one of these 5 Easy DIY Soju Cocktail Recipes?