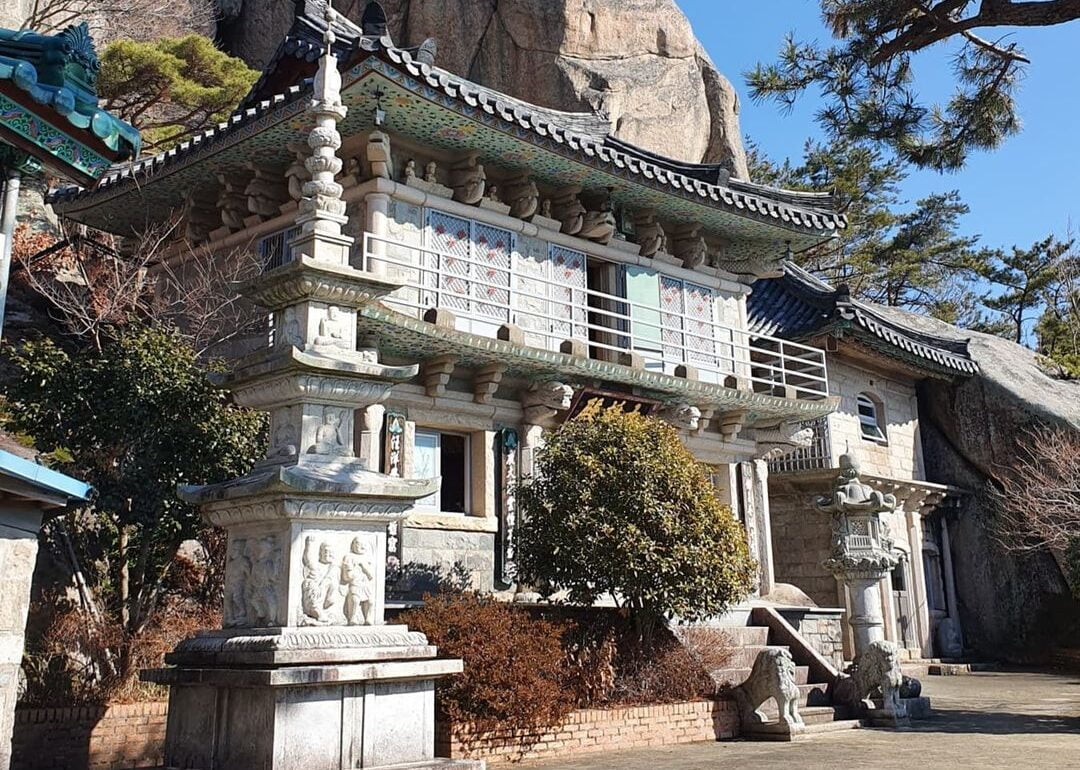 Nestled high in the mountains of Busan is one of Korea’s best-kept secrets: Seokbulsa Temple (석불사). While other temples such as Beomeosa (범어사) and Haedong Yonggunsa (해동용궁사) receive much well-deserved attention, Seokbulsa may well be the crown jewel of Korean Buddhist temples.

Seokbulsa literally means “Stone Buddha Temple”, which seems like a very fitting name the first time you lay eyes on the temple. The 10-meter tall Buddhist figures carved into the u-shaped rock walls of the temple are enough to take away the little breath that remains after your strenuous hike up the mountainside. Gazing at the majestic carvings on the sheer-rock face of Seokbulsa, visitors are apt to feel a bit like Indiana Jones – minus the fedora and whip. It’s hard to believe that something this majestic could be so unknown.

It takes a minimum of an hour of hiking to get to Seokbulsa from the closest subway station or bus stop, but don’t let that deter you. As you clamber close to the mountain’s peak, you may very well have the temple grounds to yourself. When my wife and I visited on a Saturday in early August, we spent nearly our entire visit as the only visible people in the temple complex.

There are two ways of getting to Seokbulsa temple, but both can be challenging. The way that is the easiest to navigate but the most physically strenuous is to take the subway to Mandeok Station on line 3. Head out exit #2 and follow the road slightly uphill toward a tunnel. A little before the tunnel, there is a road heading up to the left. Follow the road for approximately 50 minutes, past several hotels and convenience stores. Eventually, you will see signs in Korean for the temple (석불사).