Gmarket, Danawa, and a host of other Korean websites provided online bargain hunters with an attractive alternative to Amazon and Craigslist.

For the house-bound, infirm and otherwise agoraphobic amongst us, online shopping is a godsend. For expats, it’s often an important lifeline for obtaining those much-sought-after but comparatively rare items that it’s difficult to source in Korea. But there is also a vibrant and extensive online shopping experience to be had within the confines of the Korean language web, with some sites beginning to cater more and more to the expat and English-speaking community resident in Korea.This article doesn’t purport to look at all of the online shopping options you have in Korea, and having been written by a Firefox-loving, MacBook Air-wielding fan boy, your mileage may vary depending on the system you use to venture onto the Korean language Internet. But it will give you an idea about the online shopping secrets your Korean friends might have been keeping from you all this time!

It’s time to find that Korean friend of yours to walk you through this one. Established in 2001, Auction was Korea’s first online auction service, set up like eBay, and eventually bought by eBay. Mostly in Korean, Auction is very similar to Gmarket, though it provides sellers the opportunity to sell second-hand goods as well as larger vendors to sell in bulk. Supposedly, it has support for signing up if you are a foreigner in Korea, asking you to input your name and alien registration number, but after four attempts at trying various combinations of the two, this author gave up and asked a Korean co-worker to log in and buy something on his behalf.

Perhaps the best known online store in Korea amongst expats, Gmarket was bought by eBay in 2011, but don’t worry—Gmarket is still around! You just need to pick one of its local stores (Korea, Singapore or Japan), when visiting gmarket.co.kr, all of which have an English version. Not all of the listings are in English, of course, and similar to eBay, depending on what you are searching for, you’ll get bounced around the three local sites. However, Gmarket remains one of the easiest shopping sites to join and log in to for expats in Korea. While it stopped supporting Paypal some time ago, if you are buying from a Korean vendor you have the ease of using your local bank ATM to pay for the goods via bank transfer.

On the other hand, if you have already signed up for eBay you would usually have the choice of logging in at any of its localized sites (USA, Australia/New Zealand, UK, etc.) and it just works. Not so with eBay Korea, which asks you to create new sign-in details–that don’t work on eBay’s other sites but still send you to all the other eBay sites whenever you search for something. My advice: eBay Korea is not quite ready for the prime time.

Labeling itself “shopper’s heaven,” Interpark may well be the most comprehensive shopping site in Korea with everything from lingerie to Euro-rail tickets on offer. Sadly, there is no English language version of the site except for the ticket section (visit ticket.interpark.com/Global). That said, of all the sites discussed here, it read the best after a bit of Google Translate magic. Perhaps best known for sales of event tickets, Interpark has a comprehensive theatre review section (again in Korean) and impressive amounts of information on upcoming events throughout Korea. Now it might just be the vagaries of my long and complicated English name, but I was unable to register at Interpark either, leading me to think my name and alien number is filed somewhere deep in the bowels of a government computer somewhere  and marked “No shopping for you!” However, a Korean friend will navigate Interpark with ease. Perhaps you could buy something for them from Interpark as a way of saying thank you.

Imagine the thousand or so items in the for sale section at seoul.craigslist.org and then multiply it by 8,000. That’s right. This Naver cafe (meaning “second-hand land”) has over eight million members swapping and selling second hand goods, everything from cameras to computers and from beauty products to fashion accessories. Joonggonara was Craigslist before there was a Craigslist (in Korea anyway), and this self-patrolled community of buyers and sellers works hard to keep its boards safe and useful. All that is required to access the sales on Joonggonara is a Naver ID.

One of the more recent entrants into the market, 11th Street (in Korean “11廓陛,” pronounced “shipil beonga”) was established in 2008 and is run by SK Telecom. Outside of the Windows/Internet Explorer realm, 11th Street fails to render properly with flash animations not loading and many of the links to various categories not working. Ultimately, attempts to register and log in were also met with pages that loaded incompletely and were difficult to navigate.

Danawa (meaning “we’ve got everything”) is the place to go online if you are intending to purchase something technology-related. But a lot of Danawa’s success is its ability to aggregate different sources of shopping information (including product news and reviews), so much so that you may well find yourself at Lotte.com looking at a Bean Pole special edition version of the Samsung NX 200 camera, rather than on Danawa, thus requiring a separate login. 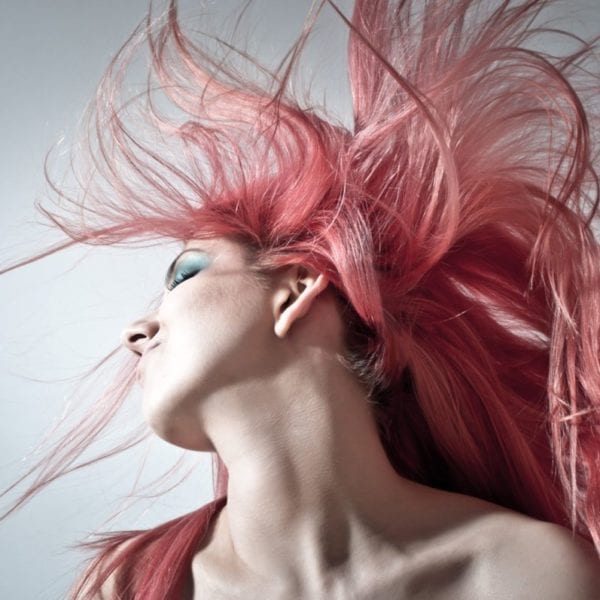 10 English-Speaking Hair Salons In Seoul To Look Your Best

In amongst the cameras, PC cases and TVs, Danawa also offers a range of clothing options for the discerning geek including Adidas windbreakers, Nike shoes and off-the-rack suits from Shinsegae department store.
What it doesn’t offer is any way for foreigners to become members and log in. The registration page has no English version and won’t even allow input of names in English, only in Korean. Despite the geeky technological wonders that lie just beyond the registration page, you’re definitely locked out of danawa.com if you’re an expat.

Ultimately, the world of online shopping in Korea is still fraught with difficulties for those of us who don’t have the required credentials (a Korean social security number, and in large part Korean language skills). However, things are changing, albeit at a glacial pace. Gmarket remains the only place where you will get an online shopping experience you are familiar with, while eBay Korea, despite requiring new login details, still directs and pulls up search results from other localized sites. And while some caution is needed in dealing with individuals on Joonggonara, it too has good second-hand deals and a low barrier to entry. Beyond Gmarket and Joonggonara, it’s probably better for expats to stick with Amazon, perhaps utilizing an on-base friend with an APO address, just in time for that spring wardrobe refresh!