Eight Universities Worth Touring in Seoul 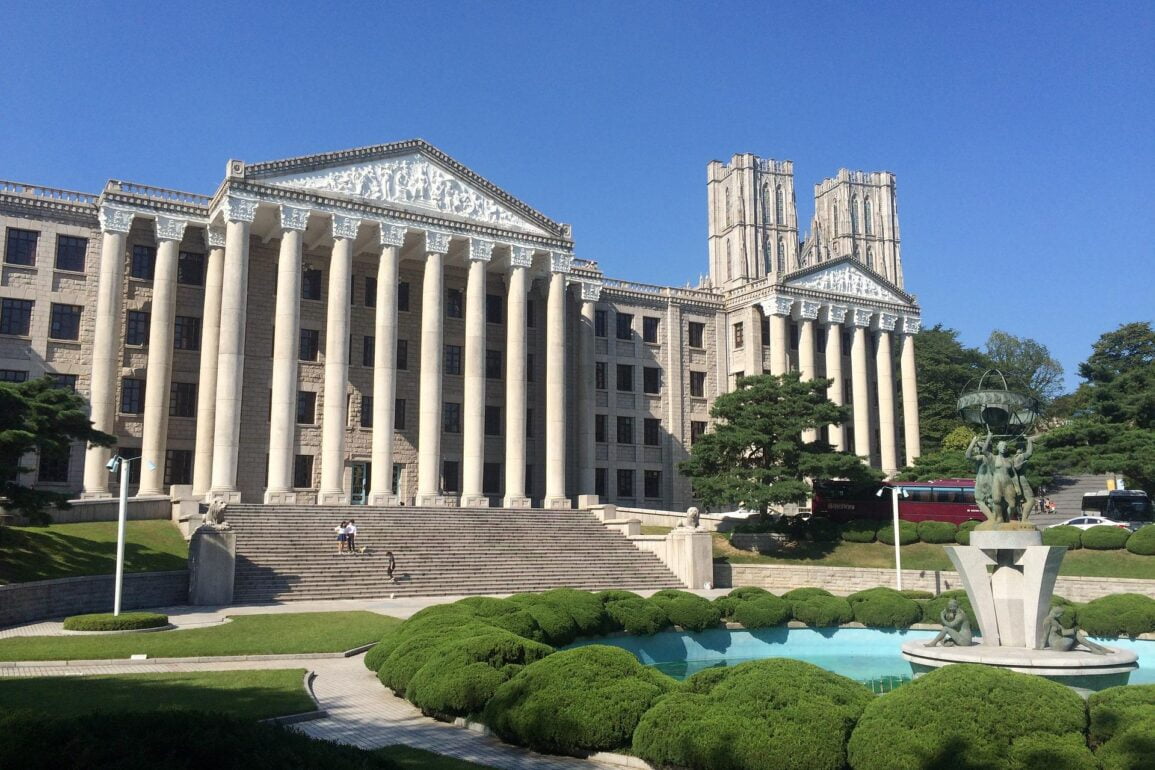 We ride past their front gates every day; we hear their names in conversations; we even gravitate to their hinterlands on the weekends. But how often do we visit the universities in Seoul for the attractions that each has to offer?

Many of Seoul’s 37 full universities offer heritage buildings, world-class museums, and brilliant landscaping, and all are free to enter. When you tire, simply find a park bench or head to the dining and drinking streets that are almost inevitably allied with Korea’s higher education.

Here is a quick presentation of the Universities in Seoul

Dongguk University holds several distinctions. For one, it is the most centrally located of Seoul’s universities, built upon the slope of Namsan. It is also South Korea’s most eminent Buddhist university. Buddhist monks and nuns are a common site at Dongguk, and the Jeonggak-won temple is very much in use.

At the center of the campus is the Eight-Fold Path Park. And the Dongguk University Museum, located near the inner gate, is one of the best Buddhist museums in Seoul, containing stone Buddhas, a bronze bell from the Silla dynasty, and more (Monday – Friday, 10 am – 4 pm). Meanwhile, photography enthusiasts may want to trek to the top of the hill for great views of N Seoul Tower.

When approaching the original educational institution for women in Korea, you may pass Ewha Wedding Town. The wedding district presumably wasn’t around in 1886, when an American missionary named Mary F. Scranton founded Ewha Haktang (note: “Ewha” means “pear blossom”), or even in 1935 when the school was relocated to its current Sinchon campus.

Proceed directly through the main gate to experience his creations: the Main Hall (1934) and the Graduate School Library (1937). These crenelated, castle-like structures are so gothic in appearance, and the grounds so generously spacious, that it’s easy to forget you’re still in Seoul. Information on the university’s history can be gleaned from the museum in Samsung Memorial Centennial Hall (Tuesday – Sunday, 10 am – 5 pm).

Symmetrically opposite from Yonsei on the other side of town lies the relaxed campus of Kyunghee University. Kyunghee has the feel of a neo-classical arboretum, and one can even find banana trees on the grounds.

In 1955, the same year Kyunghee gained university status, work was completed on the magnificent University Administration Building. The grand colonnades of the entrance give way to a row of steps where, in the late afternoon, clusters of students huddle intimately over paper cups of soju and arrangements of drinking snacks.

For years the reigning superpower of South Korean higher education, Seoul National University also boasts the largest campus in the city. SNU’s 11 zones are nestled in a valley of Gwanak Mountain and serviced by two free shuttle bus routes, one around the perimeter (8 am – 7 pm during the academic year) and the other weaving between the Administration and Engineering Buildings (10 am – 7 pm during the academic year).

Prior to its reestablishment in 1946, the university was run by the colonial regime as Seoul Imperial College, which was itself formed from several academic institutions during the twilight years of the Joseon dynasty. Be sure to visit the University Museum housing Korean art and historical artifacts (Monday – Saturday 10 am – 5 pm) and the Museum of Art near the main gate (Monday – Saturday 10 am – 6 pm).

Situated in the far northeast corner of Seoul, and a generous walk from exit 3 of Gongneung Station, Seoul National University of Science and Technology’s main point of interest is its colonial specters. Dasan and Changhak Halls were both completed in 1942 for the College of Engineering of Keijo Imperial University. 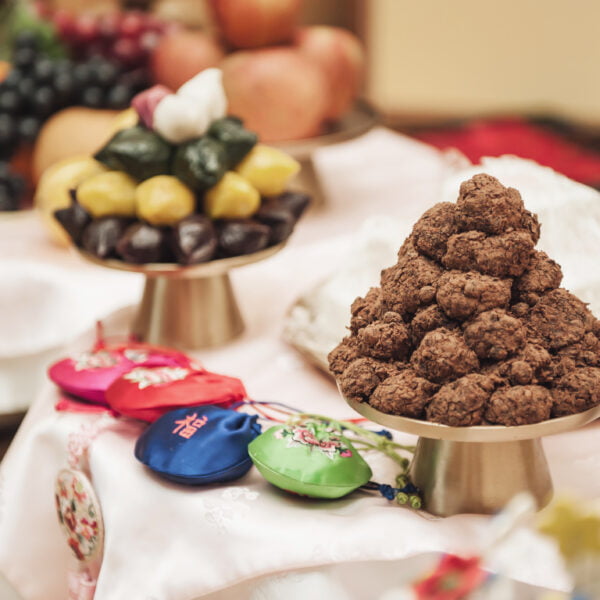 The university recently changed its name for the tenth time, perhaps as part of its centenary celebrations. Whatever the name, though, history lives on through the campus’s austere heritage buildings. While Dasan Hall was recently re-faced, Changhak Hall’s original tile work is still intact, complete with bullet holes.

Some visitors to Sungkyunkwan in Hyehwa-dong may wonder what the number 1398 in the university logo could possibly signify. It is, in fact, the date that the school was founded by King Taejeong, not as a university but as a Confucian academy.

The Munmyo Confucian shrine next to the main gate of the university contains two main halls: Daeseongjeon, where ancestral sacrifices are still performed, and Myeongnyundang, in front of two colossal gingko trees. The Confucius-honoring ceremony of Seokjeondaeje, designated an Important Intangible Cultural Asset, is performed in the university’s courtyard on September 28 and May 11.

The centrally-located Sinchon campus of Yonsei University is an ideal place to begin your campus explorations. Simply follow the main boulevard lined with gingko trees to reach the stately, ivy-encrusted enclosure of Stimson, Underwood, and Appenzeller Halls. These three buildings were erected in 1920 and 1924, before the merger of Yonhi Private College with the Severance Medical complex. (Note: “yon” plus “se” were joined to make “Yonsei”).

The mustachioed statue of Horace G. Underwood is the first of many references to the American Presbyterian missionary and university founder that you’ll discover on campus. At the far end of Yonsei is Cheongsongdae Park, a shaded, spacious retreat. You may also want to tour Underwood Memorial House (Monday – Saturday 9 am – 5 pm, closed from noon – 1 pm).

Check out our article about scholarships for international students.

———–
Matthew Crawford has lived in South Korea for six years intermittently. He has accumulated thousands of travel miles visiting cities, mountains, and islands with abandon, yet somehow procrastinating year after year on doing a temple stay. Perhaps this fall—, the beginning of year seven—, he will finally give it a try.