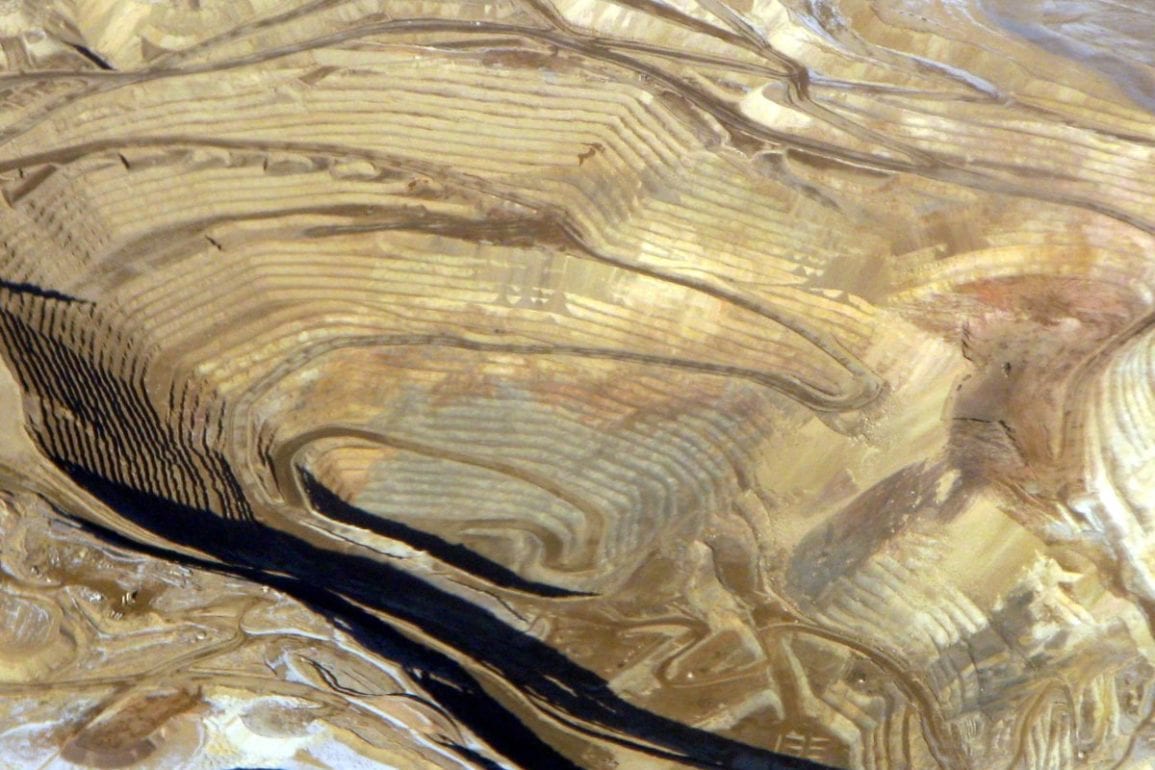 When American gold miners weren’t hoping to strike it rich, they were hoping not to strike out at the annual Fourth of July baseball game.

One of the largest enterprises in Korea in the early 20th century was the American-owned Oriental Consolidated Mining Company (OCMC). The OCMC, often referred to as the Unsan Gold Mine, was established in the late 1890s and operated several mines in the mountainous region north of Pyongyang.

The mines operated 24 hours a day, every day but one—July 4th, the American Independence Day.
Every year, the OCMC celebrated America’s independence with a festival of dinners, picnics, firework displays and sporting events for both the Western and Korean miners.

But by far the most popular Fourth of July game was baseball—America’s sport. Baseball was pretty much a novelty in Korea in the late 19th and early 20th centuries. The first baseball game in Korea was held in Seoul in late April 1896 between the American legation’s marine guard and the city’s American expats. The marines won by a single run. This early game generated attention not only amongst the foreign community but the Korean community as well, and around 1905 Koreans began to play the game at the Seoul YMCA.

In the early 1910s, the OCMC started a regular championship as part of their Fourth of July activities. The games were spirited, with a great deal of good-natured teasing between the two mining teams. These were the Outside Team and Inside Team, so named because of their locations within the mining community.

A hand-drawn pamphlet for the Fourth of July of 1916 is filled with playful banter between the two teams in which they mock each other’s perceived whining and weaknesses. Although it isn’t clear, circumstantial evidence (mainly pictures) indicates that the Inside Team finally won the championship in 1916—just as they had predicted they would.

Things might have been a lot different if Fred Johnson, a young man from Indiana working at the French Mines at Taeyudong, had been invited to play. A former clerk at a hotel in Columbia City, Johnson had once played as “the right fielder and catcher on the famous professional Columbia City Reds baseball team and the Columbia City-Fort Wayne Shamrocks [team].”

The following poem, taken from the pamphlet prepared for the game, reveals the playful rivalry between the two teams.

Echoes from the Inside

The “Outside” has been crowing,
O’er the winning of the cup,
O’er the great baseball they’re playing,
And the way they’ve showed us up,

But let me tell your people,
It wasn’t playing, wasn’t luck,
The way they’ve won the last two years,
To Maibong took the cup,

The “Outside” looked things over,
Figured – as things stood they’d lose,
So they began to “holler,”
More men, they wished to choose,

So the “Inside,” noble-hearted,
Says “of course, take three or four,
We don’t dare take advantage,
You won’t play and will get sore,”

So give them all the men they want,
It won’t do us much harm,
For this is now the third time,
They say, “THE THIRD TIME IS THE CHARM”

Photos from the Robert Neff collection with special appreciation to the families who provided them.