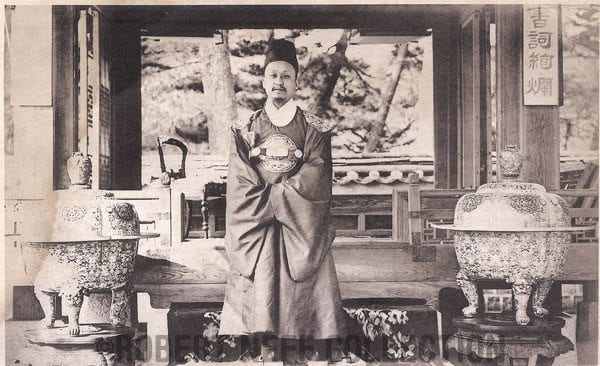 It was once a widespread belief that Korea was an ethnically homogeneous country but that belief has pretty much been dispelled, not so much from the large numbers of immigrants arriving each year in Korea but from the discovery of its past.

One of the strangest stories is arguably the marriage of Emperor Gojong to Emily Brown, an American missionary. In 1903, American newspapers were filled with news of this unexpected event including the biography of the bride. An Appleton, Wisconsin newspaper – which was quickly picked up by other newspapers – proudly wrote:

“Last January [Gojong], Emperor of Korea, celebrated the fortieth anniversary of his coming to the throne and on the same day a beautiful American woman, named Emily Brown, daughter of the Rev. Herbert Brown, a missionary, and long the light of the emperor’s harem, was crowned empress of Korea and her son declared heir apparent to the throne. Up to the time of her coronation Emily Brown was known as Lady Emily. Now she is the Empress Om, which in English means ‘dawn of the morning.’

“Emily Brown was born in Appleton, Wisconsin, about 1860, her father, the Rev. Herbert Brown, being an itinerant Presbyterian who lived here only a few months, and her mother, a remarkably beautiful woman. When Emily was about 15 years old her father went as a missionary to Korea and is said to have been the first Protestant missionary to settle in the capital of Seoul. His wife and child went with him. Emily sang in the mission church and learning the language rapidly, came to be used as interpreter in church dealings with the government.

“Her beauty was reported to the emperor, and he commanded her to enter his harem, which she indignantly refused to do. About two years later she concluded to accept the emperor’s protection and went to the palace after securing from the emperor a solemn promise of marriage when affairs of state would permit.”

“This promise was kept. For many years, before her marriage, she was the favorite and confidante of the emperor and now she is empress in name as she had long been in fact, and her son has been recognized as the heir apparent to the Korean throne.”

Other newspapers, such as the Boston Sunday Post, disputed the birthplace of Emily Brown – some claiming it was Ohio – but all agreed that the wedding was extravagant and described it in great detail:

“At the entrance to the palace were stationed a great squad of the imperial guard, who, armed with hatchets at the end of poles, prevented the throng from crowding in too close. All along the proposed line of march similar guards were placed. In the narrow streets immediately surrounding the palace the Emperor’s army awaited a signal to march.

“The signal was finally given. At the head of the procession moved the generals of the army and the most favored troops. When a thousand or more soldiers had passed, trumpets blared, the palace gates were thrown wide open, and in glittering helmets and armor of five hundred years ago out marched the Emperor’s bodyguard.

“Following the bodyguard came the attendants in dazzling silks and waving plumes. Finally with a deafening din of drums, two chairs emerged. In one of these chairs sat the Emperor [Gojong] and in the other Emily Brown, Empress of Corea. Never before had a civilized being been appareled as she was. From head to foot she was covered with gems and silk so thick that they fell in folds like heavy woolen cloth.

“Above the royal chairs waved a banner with a flying dragon fourteen feet long. Under the banner was an immense red parasol, indicating to the people that their monarch had shared his power and throne with the woman by his side.”

But Emperor Gojong was not the only Korean royal to have an eye for American women. His fifth son, Prince Euihwa, was studying in the United States and, despite already being married, allegedly proposed marriage to a number of young American beauties. Soon the American legation in Seoul was filled with letters from American girls seeking a Korean noble of their own – this was the first Korean hallyu.

But being an empress is no easy matter and Emily Brown was a woman with strong beliefs and convictions. The fairytale-like accounts turned dark with hints of possible assassination attempts but Emily weathered them all. But her life of luxury came to an end in 1907 when Emperor Gojong abdicated his throne to his fourth son – Crown Prince Sunjong – and Emily was expelled from the palace astride a donkey. She later died in 1912 – her death somewhat ignoble. 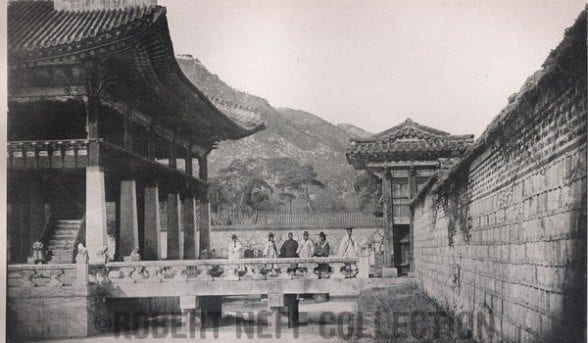 Of course, none of this ever really happened. It is amazing that, despite the vigorous denials of people who would know (the American Minister to Korea, advisors to the Korean government and missionaries living in Korea), the story managed to circulate for as long as it did.

Just as there are many variations to this story, there are many conflicting accounts of its source. Some blame a missionary in Japan for some of the accounts while others blame a reporter of the Austrian newspaper Neve Freie Presse. William Franklin Sands, an American advisor to the Korean government, claimed that a journalist of a “great New York daily” in Korea, while waiting for something interesting to report “undertook to confirm his theory of the power of the press by creating an incident, developed under the stimulus of none too good Canadian Club whiskey.”

But there were other Koreans who really did marry Western women. One was Seo Jai-pil, (often known as Philip Jaisohn) who founded Korea’s first newspaper in Hangeul and English – The Independent. He married Muriel Armstrong – an American – and brought her back to Korea where they lived for two years before returning to the United States.

Perhaps the most famous Korean from the past to marry a Westerner was South Korea’s first president, Syngman Rhee, who, in 1934, married Franziska Donner, an Austrian. Like the fictional character of Emily Brown, Franziska’s life was one filled with great adventure and sorrow. Following the death of her husband, she returned to Austria but spent only five years there before returning to her adopted land of Korea in 1970 where she lived out the rest of her life until her death in 1992. She was, perhaps, the true Dawn of the Morning Calm.