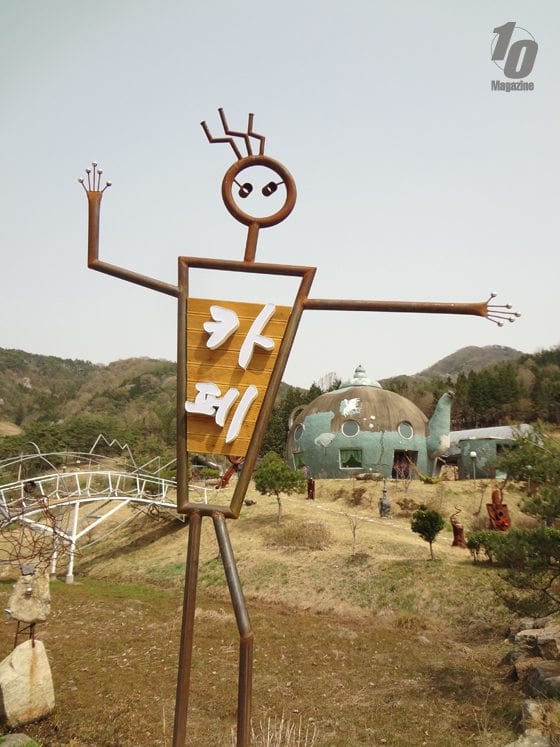 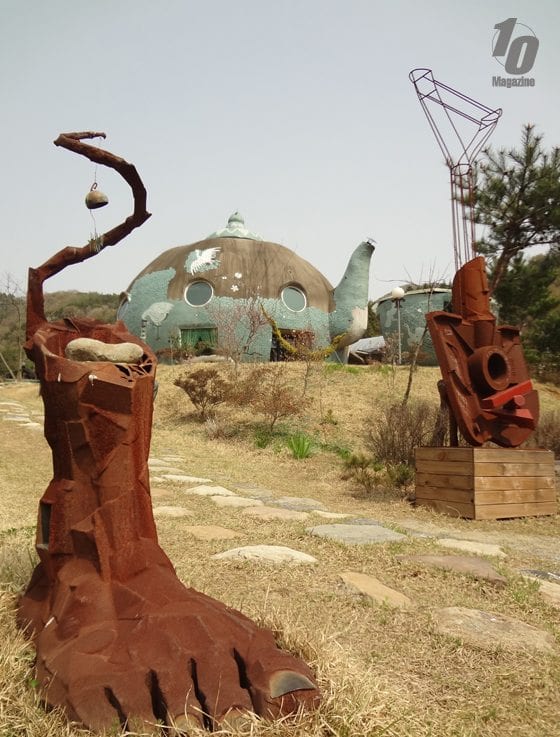 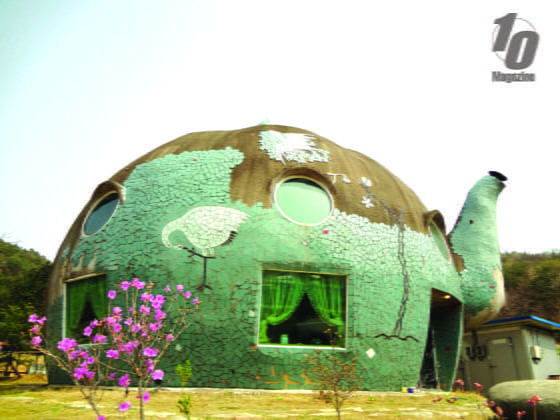 Words and shots by Barun Sarkar

One look at En-Rogel (에느로겔), a giant turquoise teapot-shaped teahouse in the middle of the Jeollanam-do countryside, and you’ll start to believe that whimsical dreams really do come true.

Donghee Lim has been an artisan of steel sculpting since university and had a lifelong aspiration to build a piece of art of his own that would be larger than life. When asked why he built the café seemingly in the middle of nowhere, atop a gentle slope between Naejangsan National Park and Jangseong village, he said, “I chose that land because I wanted the café to be my biggest work, a giant piece of art.”

Even from a distance, you can spot the larger-than-life spout, handle and lid; though Lim says he’s yet to finish tiling the exterior due to the enormous size of the structure. Next to the teapot sits a proportionally sized teacup which serves as the restroom. Eclectic sculptures abound in the surrounding land, ranging from a replica T-Rex skull to a quaint bridge fashioned as a giant fish.

As you grab the door handle of the teahouse fashioned from brass and tiny faucets, it’s easy to tell you’re in for a visual treat. The interior is possibly even more artistic than the exterior and for good reason as well, considering it took three years to complete before opening in 2006. Lim’s own personal artworks adorn the venue from floor to ceiling, making even a short visit alone worth the trip. Plush couches beckon groups both large and small while everything from Elvis Presley to ballads of the 90s add to the ambiance. The menu holds all sorts of non-alcoholic beverages and a small food selection as well, if you’re game for a W11,000 tonkatsu. Just keep in mind that you’re paying for the experience and not just the food.

With an art gallery and minbak in the works and the exterior still a work in progress, you’ll want to visit more than once to see what this dream come true looks like when it’s completed.