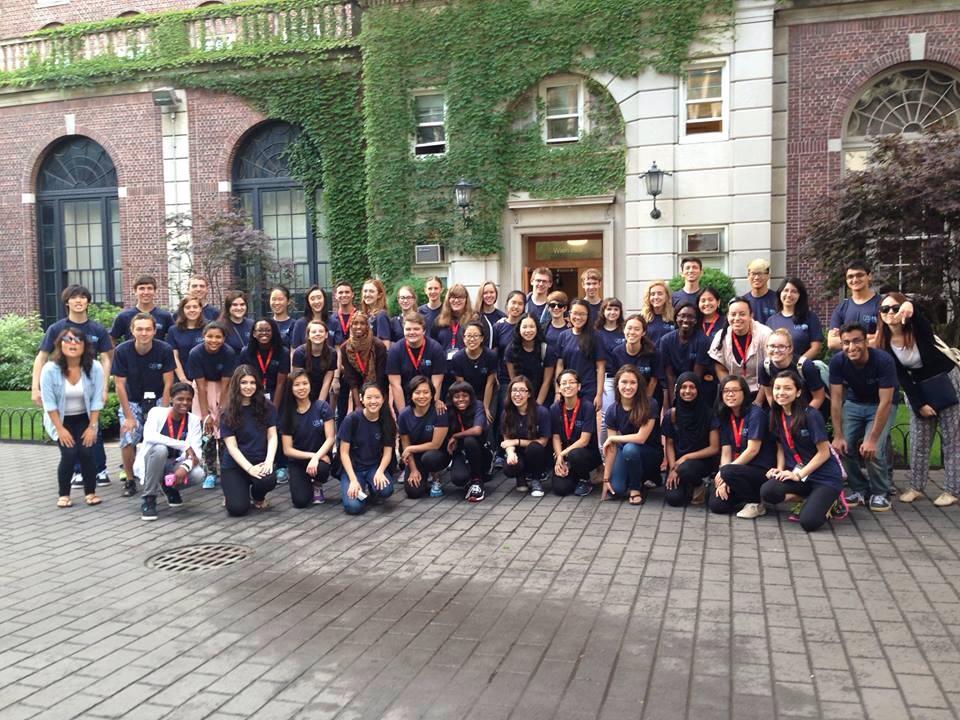 Being an Exchange Student in South Korea

You made incredible memories from late-night ramen runs with friends, mid-terms exam cramming in stately libraries, and Hongdae bar-hopping until the sun rose.

There was a lot to deal with whether you fell asleep on the subway and found yourself far away, experiencing homesickness , or had more than one cultural micro aggression in a day. Hopefully many good memories and friends were made in an exciting city filled with things for college students to do. But one thing is for certain, studying abroad in Seoul was one of the most transformative and exciting experiences of your life.

Wondering what they don’t tell you about studying abroad in South Korea? These are the top things every international exchange student knows by the time they leave Korea.

While the brochures handed to you by your study abroad office just seemed like pretty pictures and promises of credits, Korean universities with accredited exchange programs are also often the most prestigious schools in the country.

Korean students study extremely hard at grueling hours with aspirations towards “SKY”, Seoul National, Korea, and Yonsei University. The acceptance rate for a local Korean student to  these universities as acceptance odds akin to Harvard, but thanks to a separate international student process you glided in with ease.

Different universities are recognized for different specialties and schools, but the reaction of the ajumas or home-stay family who ask you “which university…?” was always priceless.

You may have moved away before, but now with parents literally thousands of miles away and an amazingly cheap public transportation system the city is your playground.

Street waffles for lunch? Yum. Soju and sidewalk until 5:00am? Rite of Passage. Express Bus hop to the next town over? Adventure is out there. Not to mention all the delicious convenience store 과자 available to stockpile in your room.

Once the quarter raged on and exams began to hit (one month in!) you soon learned how to balance the typical Korean student schedule of “Work hard, play hard”.

The term “jet-lag” was admitted to the Oxford English Dictionary for a reason.

After arriving in Seoul and getting hit with an 8+ hour time difference and exhausting orientation procedures, you became all too familiar with convenience store cafe lattes and crawling into bed at 6:00pm.

After two weeks of readjustment,  you thought ,”yes! Back to normal!”

That is, until you and your friends discovered the wonderful 24-hour restaurants, norae bang, and pochas within a few meters of your dormitories… A Seoulite lifestyle is a night-owl one with bars and clubs typically staying open well past sunrise.

You survived more than one sleepless nights whether you were walking the Hangang, traversing the streets of Hongdae, or nursing an iced americano alongside your notes at an all-night Caffe Benne.

4. All Of The Food Words

English signage has improved so that getting around Seoul without Korea is as easy as a tap of a T-money card and a life-saving phone app in both languages. However, food menus and ingredient listings have not been brought up to speed.

If you came to Seoul with zero or little Korean you are probably all too familiar with the Russian Roulette process of ordering at your local kimbap joint, noodle soup shop, or rice burger bar.

You may have arrived in Korea with only an “anyonghaseyo” , but your language facility in terms of food caught up QUICK after that first accidental “cheese-covered eel roll” delivery.

No more project posters, powerpoint presentations, or open debate forums? You soon came to know of the Confucian-based Korean style of education, which essentially means lectures.

Unless you are taking a speaking-based language class or course taught in Korean, English-instruction was largely based on lecture-style teaching.

Getting used to a “listen-and-study”mentality was tough, but some mornings you were so grateful to slide into your chair and not be called upon at random.

And when the rare group project or paper presentation came along your lifetime of hands-on assignments had you sailing towards an “A”!

Starbucks just isn’t quite the same.

Even in the Starbucks in Korea have stepped up their game to offer brunch platters, cocoa-dusted clouds of tiramisu, and decadent fruit-topped frappucinos.

You miss the days of cafe-hopping like crazy, whether you were petting puppies in Myeong-dong, tearing into beautiful slices of  red-velvet cake over americanos, or sharing a basketball-sized bingsu tower after a massive exam.

We all had those moments when it dawns on you “I am horribly lost” and then suddenly, out of nowhere, the gleaming beacon on a subway entrance is found and you are saved.

Maybe you still can’t find your way to your classes, but thanks to numerous explorations (and some really great smartphone apps) you can navigate yourself around the city without breaking a sweat.

If you didn’t grow up on a rice-and-kimchi based diet, you probably began to crave your home foods: a fragrant, comforting curry, some fresh-baked rye-bread, a quality cheesy pasta, or a nice slab of steak.

Korea is still an ethnically homogenous country, so it can be very difficult finding your home comfort foods at a reasonable price. Often, if you can find them the owners of the restaurant are not from your home-country or have readjusted the food to fit Korean tastes.

You probably sampled more than one french-fry and chicken wing pizza, nearly cried tears when you found a bag of hot Cheetos at an Itaewon supermarket, and in a spontaneous moment-of-need, shelled out your entire wallet for a quality home-made comfort meal.

Then , of course, there’s the conundrum of falling in love with your street-side odeng and those bubbling pots of comfort, sundubu, only to return home and settle for packets of shin-ramyeon and food that doesn’t taste quite the same…

You stressed at the prospect of living long-term in a foreign country; “what if they don’t have this?” “I need to take my third-favorite jumper” “I’ll take this in case its really expensive there…”.

Once you arrived in Korea you soon realized your mistake. Clothes, cosmetics, and toiletries are widely available, very cheap, and often at better quality than your home country! Hitting the 22kg or 50lb weight mark at the airport was a true struggle as you wanted to bring back all the snack foods and new goodies you purchased for yourself and your friends back home.

Hitting the 22kg or 50lb weight mark at the airport was a true struggle as you wanted to bring back all the snack foods and new goodies you purchased for yourself and your friends back home.

Somethings like that life-saving hairspray , prescriptions, or good deodorant are needed, but for the most part toiletries, linens, and spare clothes can be bought in Seoul.

You probably noticed all of your Korean friends with after-school side hustles; peddling face masks at Skin Food or pouring coffee at Coffee Smith to help fund their tuition and weekend shenanigans.

Unfortunately, your student visa didn’t qualify you for any paid position, but coming from an English-speaking country did! You soon learned the need for ” 언교환 친구” and maybe were approached a few times on the street by other students excited to practice their English.

Whether you were marveling at the salaries and perks of a hagwon teacher, or illicitly offering private English  tutoring for $18+ an hour, you came to know the monetary and social value of something you previously took for granted.

Language exchange is also a fantastic way to make new friends, improve your Korean, or have a cafe-hopping buddy.

Interested in studying abroad in South Korea but not sure how to start the preparation process? Don’t worry, we have Your Complete Guide to To Preparing For A Study Abroad In South Korea.