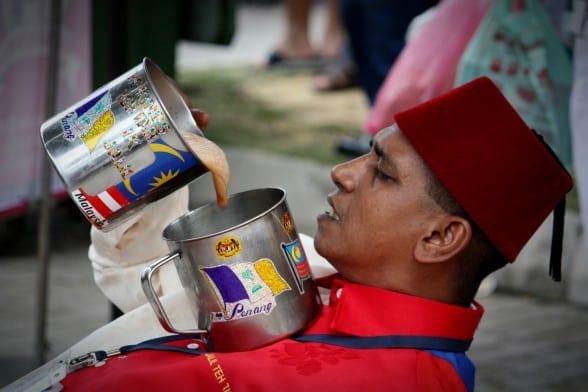 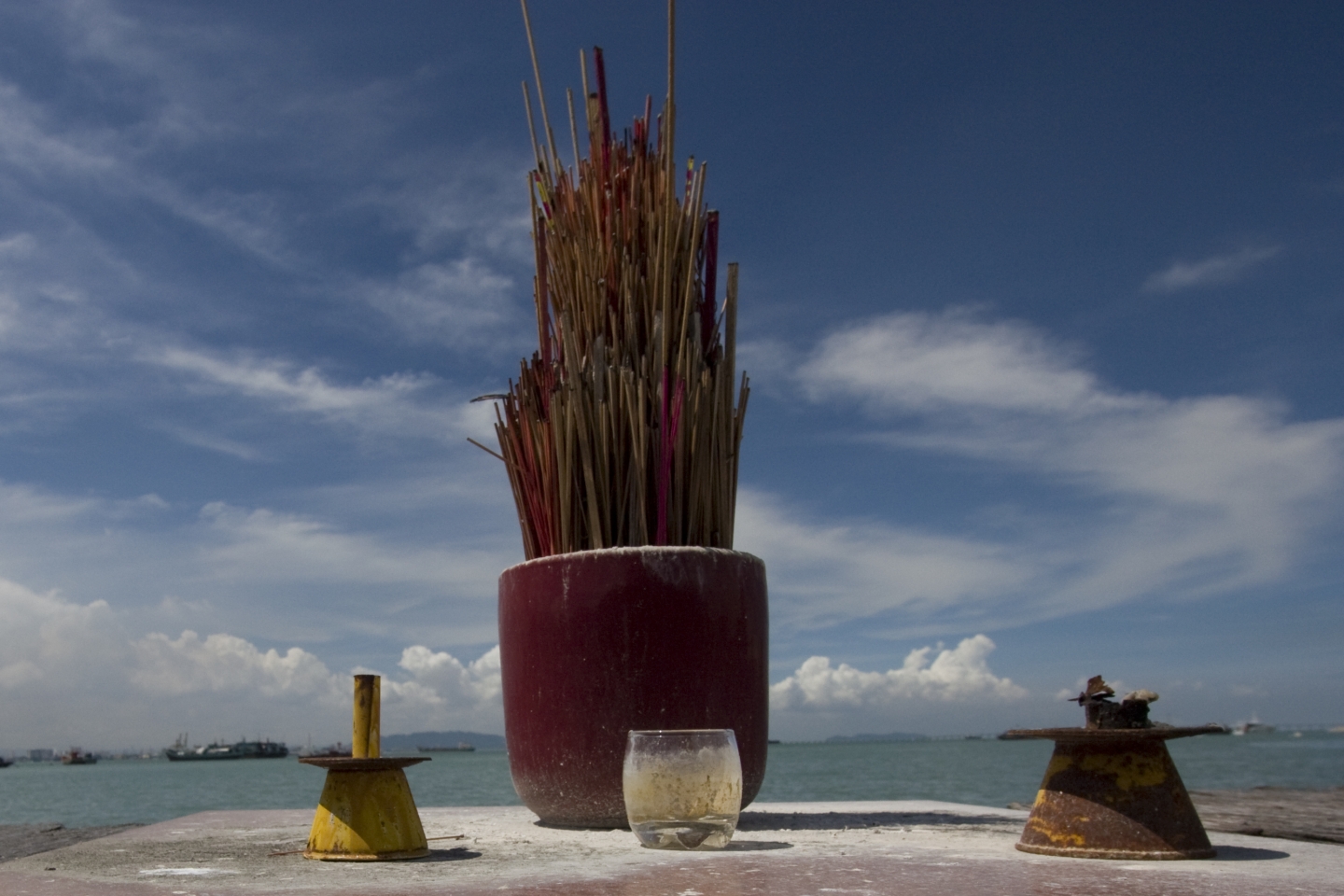 Penang Island, hiding just off the Northwest coast of mainland Malaysia, is nothing short of a jewel for travelers to unearth while traversing the region.  While not as widely known as many of the cultural hotspots in Southeast Asia, this island is definitely one of the most fulfilling.  Colonial architecture, natural splendor, and the food and temples of several religions and regions are just some of the highlights.  Here are a few of Penang’s best not-to-miss experiences.

Towering from a hilltop in the village of Air Itam is Kek Lok Si, or the Temple of Supreme Bliss.  Kek Lok Si is regarded by some standards as the being the largest Buddhist temple in Southeast Asia and is known for having excellent “feng shui.” For the tourist, a short bus ride from the island’s bustling main community of Georgtown brings one here for pagodas, lanterns, and some of the best shopping stalls in Malaysia.  The best time to visit here is of course Chinese New Year, when the grounds come alive with worshippers and candles, the lanterns multiply, and the photo opps grow exponentially.  Regardless of time of year, though, be sure to climb the central pagoda for stunning views over the island. 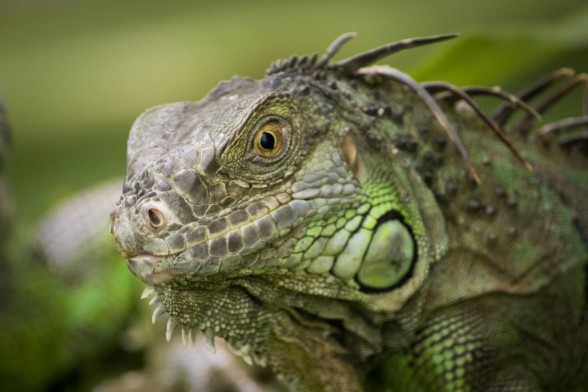 Penang has a number of excellent outdoor places for adventure or scenic strolling.  One such spot is the Botanical Gardens, which are bursting with flora and fauna and not far from the island’s central area.  Come here for a quiet stroll, a romp with the macaques, or a more strenuous trek up Penang Hill for the most sweeping views.  For a slightly rougher setting than the gardens, head to Penang National Park, across the island.  This spot offers more of a jungle atmosphere and has various sections like a butterfly garden for tourists to enjoy if not eager to do the longer walks.  And, well, if your idea of “nature” is a sandy beach with some palm trees (or even if it’s not), the nearby Batu Ferringhi beach is sure to impress as well. 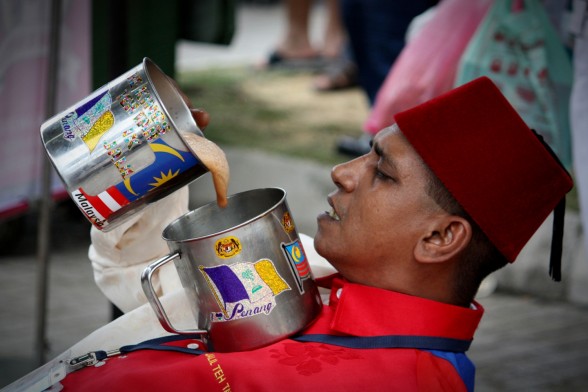 In all of Southeast Asia, this island might be the best spot for feasting.  The combination of Chinese, Indian, and Malay cultures here creates a sort of delicious culinary vortex, and it’s not unusual to find shops that will sell you both fried noodles and a side of naan or curry.  Besides having excellent Chinese and Indian food, Penang is tops for trying Malaysian delicacies.  Of particularly note are the tamarind-heavy assam laksa noodle soup and the broad char kuay teow fried noodles.  No matter your choice of dish, a glass of teh tarik, Malaysia’s national drink, would likely pair well.  The key to a good glass of this hot milk tea is the pouring:  teh tarik is poured between two canisters, usually at considerable height differences, in order to cool the beverage and thicken the milk to its creamy best. 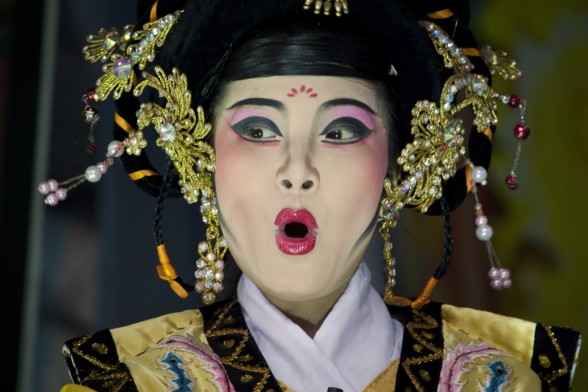 The Chinese pockets of Georgetown are some of the most colorful and worthy of touring.  Most visitors go first to the Khoo Kongsi, a clan temple in the town’s oldest section.  The complex’s colorful roofs are an eye-popper against Penang’s so-often-blue sky and the house is sometimes host to lion dancing or Chinese opera performances.  Or, for a more subdued and less touristed look at the Chinese clan heritage, walk along the clan jetties near the port.  These stilted sections of homes, separated by clan, extend out over the water and host small shrines and even a few cafes or restaurants.  If time allows, it’s also worth taking one of the daily tours at the deep blue Cheong Fatt Tze mansion in central Georgetown.  While many of the mansion’s rooms are only open to the boutique hotel visitors who stay there, the tour is worth it just for the glimpses allowed and for the incredible lessons on both feng shui and Penang culture. 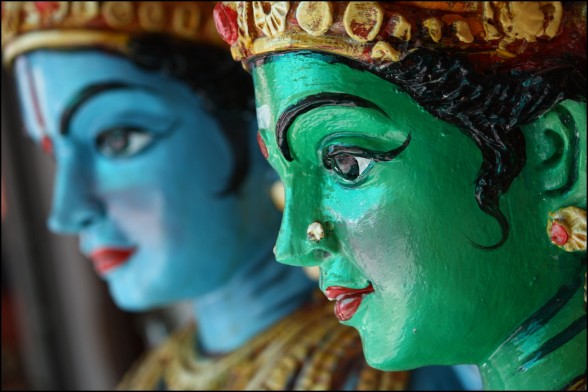 Taking in the Indian Heritage

Besides just feasting on the ever-present curries and naan, Penang is a prime spot to take in the Indian and Hindu heritage of Malaysia.  Within Georgetown is a bustling Little India to explore for not only snacks but also music and textile goods.  Impressive Hindu Temples dot the island, too.  The most accessible is Sri Mahamariamman on Queen Street; laden with the typically bright-colored statuettes and murals of deities, it is perpetually full of activity.  Outside of the town, it’s worth visiting the yellow-tinged Waterfall Temple connected to the Botanical Gardens.  This temple is of particular importance for Thaipusam, an annual festival in which devotees grotesquely pierce their skin with hooks and skewers and parade to and around the temples. 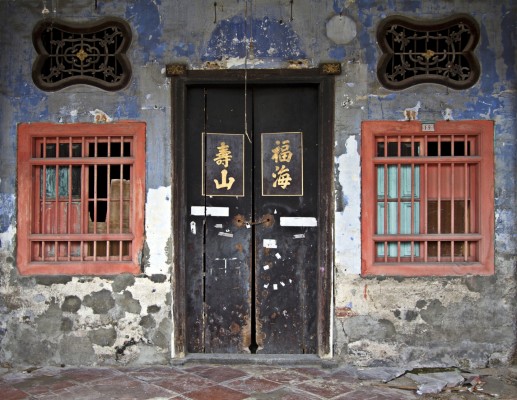 If all else fails, Georgetown, Penang’s population center, is a spectacular spot to kill a day pounding the pavement. Doing so can take you down the seaside Esplanade and through a colonial fort.  You’ll invariably pass well-preserved colonial estates as well as long-abandoned ones in various states of disarray (an urban explorer’s dream!).  For the photogs and religious enthusiasts, the town has stunning mosques and gold-coated Thai and Burmese-style temples scattered about.  And if street art’s your thing, it’s easy to go on a gratifying hunt through the town’s alleys.  In short, in terms of Southeast Asian flare, there’s very little you can’t find within the confines of Penang travel.  Whether as a destination itself or as a stopover on a larger tour of Malaysia or the region, this intersection of multiple cuisines, cultures, and religions is surely worth a look.