My Experience with Azar App: The Korean Video Tinder 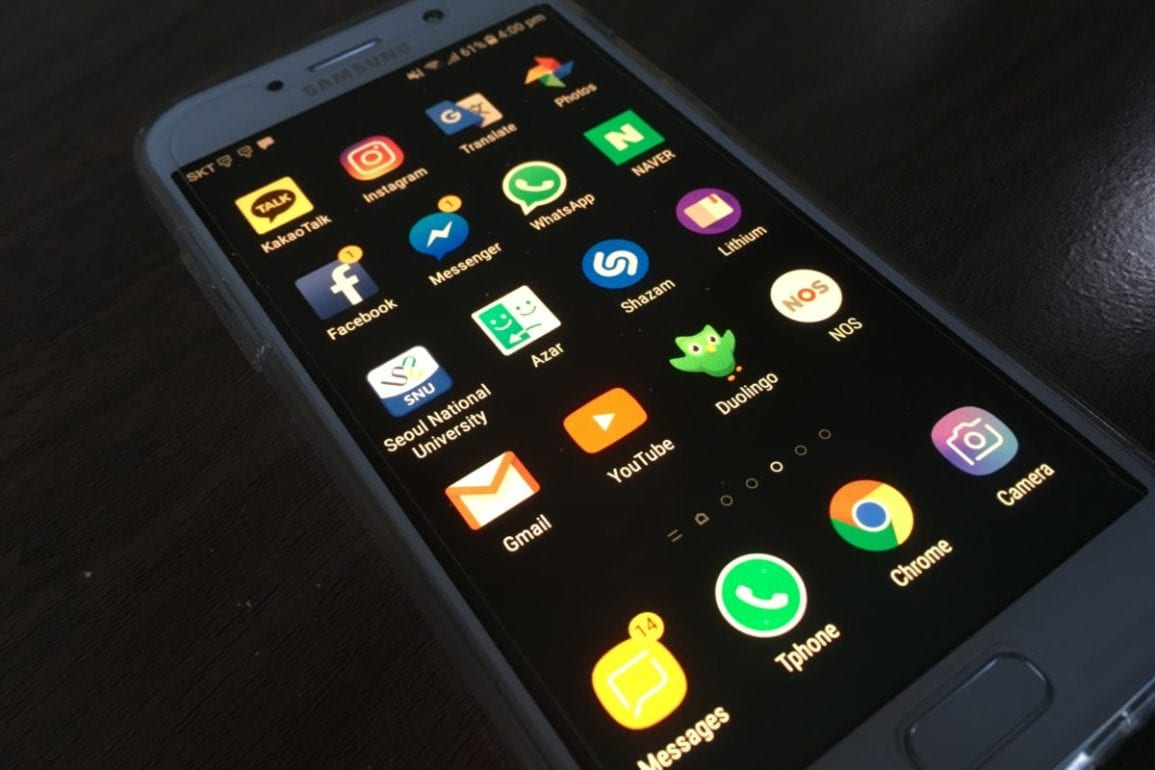 One Thursday evening, I sat down to try out Azar, an app developed by the Korean company Hyperconnect. I had come across an article that compared the app to Tinder, or a combination of Chatroulette and Tinder. At the time, I was doing research for an article about modern Korean dating and I thought some time spent on Azar could be a perfect addition to my piece.

Azar’s slogan, “Discover and Connect,” highlights the creators’ vision for the app: an easy way to discover new people from all over the world. The way it works is quite simple: the Azar video chat option enables you to chat live with any Azar user, providing translation features to help along the conversation if there is a language barrier between you and your match. When you’re done talking, swipe for a new connection. Simple as that!

You can see why Azar has been compared to Tinder – the swiping –  and Chatroulette – the live video connection. For those who have never heard of Chatroulette, the site launched in 2009 as a way to video chat with people from all over the world. However, Chatroulette gradually lost its popularity when it became swarmed with people who used the site’s randomly-paired video function to sneak lewd acts in on unsuspecting strangers.

How To Use Azar App

Although Azar was originally supposed to take up just one segment of my modern dating article, my experience with the app convinced me it deserved an entire article of its own. Here is my personal experience with Azar. Keep in mind: I’m a 21-year-old Dutch woman who speaks English and a little Korean.

You can sign into Azar with my Facebook account, which the app requires you to do, citing “safety reasons.” Then, adjust your settings to seeking “global” and both genders or preferred gender. I asked my boyfriend to be present during my trial, partly because I thought it would be fun, and partly because I needed someone to take notes for the article.

Full of hope and excitement, I swiped left to get my first match. I matched with someone from Korea and started with a happy “Hi! Annyeong!”. However, he swiped me away. Okay. Great start.

I finally am matched with a non-Korean: someone from Morocco! Enthusiastically, I start talking to him. He does not say anything back. Instead, he shows me off to his friends. I swipe left and connect to someone from Jordan; also not a big talker. After him, I finally connect with the first person I have an actual conversation with: a massage therapist from Costa Rica. He is a big, bearded guy who is lying in his bed. It’s morning there. We chat about the time difference, the weather, and the Olympics. An enlightening conversation. Sadly, within 2 minutes, I get swiped again.

Shown above: downloading Azar at the office

After my fair share of rejections, I meet my first girl: a Korean! She is wearing a lot of makeup and seems disappointed to have matched with a girl. At least she says I am pretty before she swipes left. That’s my best interaction so far.

I am the victim of a few more swipes before I encounter my only real conversation of the night: a guy from the UK. He seems to have just woken up, and he is lying in his bed as we talk a bit about his job and what I do here in Korea. I finally seem to have made a connection with someone. However, this is the moment my boyfriend decides to talk to himself as he jots down notes of the conversation. UK guy asks me if the mumbles beside me are coming from my boyfriend. When I answer affirmatively, UK guy swipes me left. So much for my “real” conversation.

I start to get the feeling that the proper comparison app for Azar is less Tinder and more Chatroulette/Omegle. In my experience, I found that people were less interested in making new friends or having good conversations, and more interested in brief encounters.

The next few people after UK guy swipe me left. I match with a Korean guy who seems really eager to talk to me. He thinks I am beautiful and we talk about the Olympics. However, the language barrier proves too big and he swipes left.

After getting rejected 10 times in a row, I cannot handle another rejection, so I hand the phone to my boyfriend. He matches with a Korean guy and they hit it off immediately. They have a proper conversation and the Korean guy calls my boyfriend handsome (he is) and jokingly asks him out on a date. I get jealous. I get rejected time and time again, but the one time my boyfriend tries Azar, he has a great experience. Unfair! I take the phone back from him.

After several more rejections, I match with someone from Sri Lanka who currently lives in Korea. I don’t really understand what he is saying, so I bid farewell and swipe away. More rejections, more small talk with Koreans.

Interestingly, although my settings are set to “global,” about 85% of the people I match with is Korean. I also mostly match with guys, even though technically I should match with girls as well. The only two girls I match with seem disappointed in my being a woman. However, I have not yet had any weird sexual requests, so I still have hopes for a good solid conversation at this point.

Back to swiping. I match with a non-Korean again: an older guy from Albania. He compliments me several times and asks me if I am married. I can tell where this is going. Laughing, I tell him that I am not. “Do you want to marry me?” I tell him he is not my type but thank him for the offer. Albanian guy is very insistent though; he really wants to make me his wife. Although Albania is lovely this time of year, I swipe left.

At this point, my boyfriend is getting tired of listening to all the meaningless conversations. He gets up to grab some water. At that exact moment, an eggplant (but y’know, not an actual eggplant) appears on my screen. Eggplant-guy seems to be enjoying himself greatly. I scream and shut down the app. That’s enough Azar for tonight.

I decide to give Azar another shot the next morning. Although my experience yesterday was not particularly great, I did not see as much inappropriate content as I had expected. This time, the boyfriend is off at work so there’s nobody to steal my thunder. I expect that I will have more matches with people abroad and fewer matches with Koreans, as people should be heading to work by now in our time zone. Boy, was I wrong. 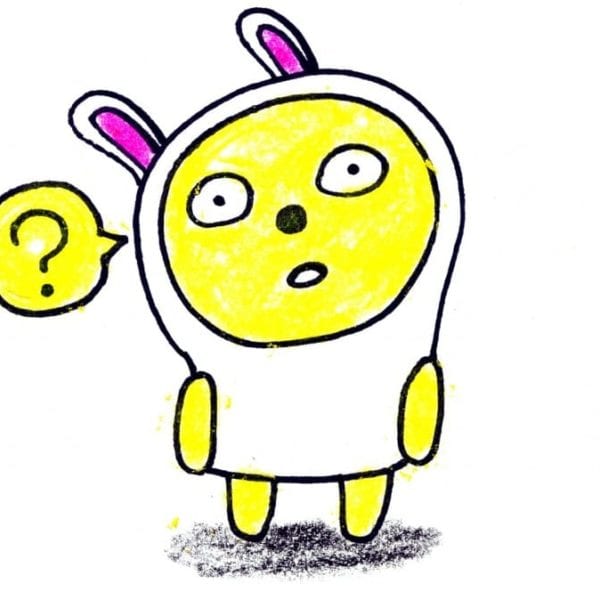 The first guy I match with, once again Korean, immediately asks me if he can see my “bobs”. “It is not pronounced bobs,” I tell him and swipe left. I get rejected a couple of times before I match with another Korean guy. He also wants to see my bobs, so I swipe left. I immediately match with a guy who seems kinda nice. We start talking, but I notice that he is driving. Not wanting to cause a major road accident, I tell him to close the app and I swipe left.

I am paired with another Albanian guy. He also wants to marry me, and tells me I would make a good wife. I seem to be the ideal woman for Albanian guys. I thank him for the compliment, and swipe left onto another eggplant. It seems guys on this app are more sexually astir in the morning.

Another guy asks to see my bobs. Instead of just swiping away, like I’ve done so far, I offer him a big smile and give him the finger. He finds it funny and laughs loudly. I laugh too. He thanks me for my time and bids me a sincere goodbye before he swipes me away.

Maybe Azar is just like Tinder; you have to swipe a lot before you get a good match. But, the way Azar is currently structured, I think it’ll be hard pressed to fully realize its slogan promise, “Discover & Connect,” at least on a meaningful level. Samuel Ahn, the founder of Azar, created the app as a way for people to make “foreign friends online.” Azar’s true potential lies in its ability to connect people despite language barriers, but it should further utilize/take advantage of this feature to meet its full potential.

Its translation features are actually very well-developed and thought out, and with some rebranding and tweaking (perhaps a bigger focus on language learning), Azar has potential to outgrow its Chatroulette image and become something really great.

With any app or site that connects strangers on a fairly anonymous basis, there will always be weirdos and eggplants flying about. However, with the proper restructuring, Azar has the means to really fulfill its promise to connect people from all over the world.

As for now, I feel like trying out Azar with a group of friends would be great fun. You could even make a drinking game out of it: take a shot whenever a wild eggplant appears.

Have you ever used azar before? Share your experience in the comment section below! You can also check out our article about “Your Complete Guide To Dating apps in Korea” to explore more ways of meeting Koreans.