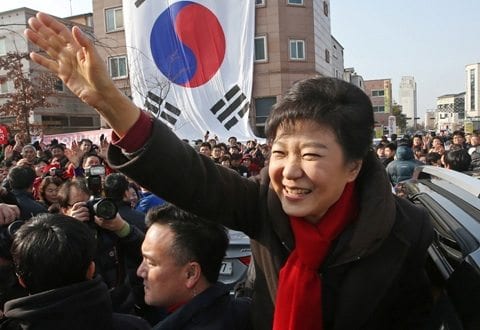 Megalia is a radical feminist online forum that is quickly growing in infamy in South Korea. Completely anonymous, its members are able to post extremist feminist ideas and content that is to be upvoted and commented upon by other members.

In the summer of 2015, in the midst of the MERS outbreak in South Korea, an online discussion board called DC Inside’s MERS gallery was flooded with misogynistic condemnation and ridicule towards two women who were rumored to have traveled to Hong Kong on a shopping trip while they were supposed to be quarantined on the suspicion of having MERS.

When the rumor was proved false, female users launched a fierce collective attack against the premature and extremist misogynistic comments on the discussion board, using common Korean hate words towards women and adapting them to attack their male counterparts: “kimchi woman” became “kimchi man,” the very insults that critiqued the rumored women on spending too much money on shopping were altered to ridicule Korean men for spending too much money on sex.

In the summer of 2015, Megalia claimed independence from DC Inside’s MERS Gallery; Megalia was then born from the realization that misogyny could be ridiculed using the same tactics that men used to mock women in Korean society.

The “M” in Megalia comes from its origins – “MERS Gallery”- while the rest of the name comes from Gerd Brantenberg’s Egalia’s Daughters: A Satire of the Sexes, a novel that depicts an upside down society in which gender roles are switched, where men are repressed and women wield power and control with an iron fist (in other words, the fictional embodiment of what Megalia aims to be).

Some of the posts on Megalia are extreme to say the least. A few standard posts include:

“Do you know why Korean man bugs are upset about the comfort women issue?
It is not because of human rights or ethical reasons. They just hate that foreigners used Korean women who should’ve been raped only by Korean men. When police chief Kim Gang-ja rescued 14-year-old girls from a brothel in Miari, Korean man bugs complained that a cheap brothel disappeared.”  (translation taken from Koreanbang)

However, what is crucial in understanding the site is its very conscious and intentional use of radicality to reveal the extreme (but widely accepted) conservatism in Korean society and media. Megalians call this practice “mirroring” and use this method to “mirror” the misogyny that is all too prevalent on other online sites (such as Ilbe – a far right conservative online forum infamous for its misogynist content).

In fact, many of the posts on Megalia are merely re-writings of posts on other sites with gender pronouns switched or keywords reversed. In other words, the posts on Megalia are very consciously written to reveal the widely accepted misogynist and conservative posts on Korean online communities. What is shocking about Megalia, then, is that the hate and extremism that is usually used to criticize women is now wielded and exploited by the victims.

The problem with this mirroring method, however, is that out of context its posts only further the image of Megalia as a blindly extremist feminazi site. Online users are likely to stumble across its content without background information and therefore immediately dismiss the community as nothing more than what many online misogynists want to portray Megalia as: a place for bitter women to rant.

But despite electing its first female president in 2013, feminism seems still a somewhat untouched subject in Korean society. In 2015 the country ranked 115 out of 145 countries in gender equality, according to the World Economic Forum’s Global Gap Report. In such a country, a radical feminist web forum seems like a strange occurrence, but perhaps now is the perfect time for a community such as Megalia to push its way onto the forefront of the online world in Korea.

THE IMPORTANCE OF ANONYMITY

The reason why a site like Megalia exists is perhaps because the only way for women in South Korea to be heard is through radical anonymity. While many Korean sites are dominated by misogynistic ideas and cultural expectations, and these attitudes are considered the norm, Megalia is a haven and means of communication amongst women who feel they have for too long been left on the back burner of South Korean development. However, the anonymity that rests at the core of Megalia is not a new concept for female activists.

The “How are you these days campaign” a few years ago portrayed a series of hand-written posters by individuals who wanted to proclaim their personal qualms about Korean society through anonymous means. These posters were then displayed in public locations, mostly in university campuses. Several anonymous Korean feminists participated in this movement, creating “How are you these days, Kimchi Woman?” to tackle the issues of misogyny and gender equality that exist in everyday Korean society and speech. (For those unfamiliar, “kimchi woman/girl/bitch” (김치녀)  is a derogatory term that criticizes materialistic Korean girls who spend all their time shopping, buying designer items, snatching wealthy husbands, and trying to appear “Western” and worldly when they are, in fact, 100% Korean.) 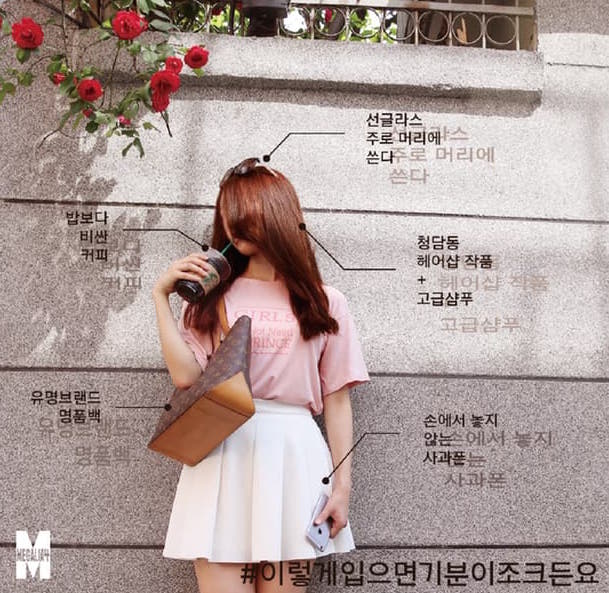 Recently, the case of Jayeon Kim, a voice actress at Nexon, a PC game company, revealed what being a feminist without the guise of anonymity could get you in South Korea. In late July of this year, Kim uploaded a picture of a shirt with the words “Girls Do Not Need a Prince” onto her twitter account.

The t-shirt, created and sold by Megalia, was apparently enough to have Kim immediately replaced in the games Closers and Hero Warz. Upon news of the recasting, Kim publicly stood by her decision to wear the t-shirt, claiming she wore the shirt to protest gender discrimination. People then took to Twitter with the hashtag #넥슨_보이콧 (“boycott Nexon”) to protest the events that transpired.

“I don’t need a hero. I need a friend.”
Star vs. the Forces of Evil EP08 pic.twitter.com/79CeIBGVSt

Sadly, the anonymity that Megalia offers seems like a necessary part of the feminist movement in Korea. However, the very thing that remains at the core of the movement threatens to pose potential problems to Korean feminism in the long run. Many of the posts on Megalia are a clever result of their “mirroring” technique, but the anonymity of the site allows its members to use this technique to perhaps a harmful degree.

Some of the posts, instead of using logic to argue against the sexism in Korean society, merely stoop to levels of sexual insults and slander – claiming that by doing so, they are “mirroring” the sexual abuse that South Korean women are commonly subjected to. The problem with this, however, is that these methods do little to reconcile the gaping crevice that exists between the men and women of Korean society today. These methods are limited to merely revealing the sexism and misogyny that exists in Korea, without any means of closing the strife that exists between the two sexes.

Out of context, Megalia is an extremist feminazi site full of angry women who hate men. It is only in the proper context that one understands the site for what is truly is: an online haven for the women of South Korea who have for far too long been snubbed and ignored. What is essential in moving this online community forward now is the realization that revealing the misogyny that exists in the nation can only do so much.

There is a double edged sword that comes with a site like Megalia – it does good by revealing the extreme misogynistic nature of Korean society, but its the mirroring of that extremity that can create more dissonance between the two genders, who need to collaborate if gender equality is to be promoted.

Despite its shortcomings and growing infamy, Megalia has managed to do what it set forth to accomplish: bring public attention to misogyny in Korean culture. In addition to this, the online community has succeeded where organizations such as the Ministry of Gender Equality have failed – they have brought forth practical and tangible change to the gender inequality situation in the nation. 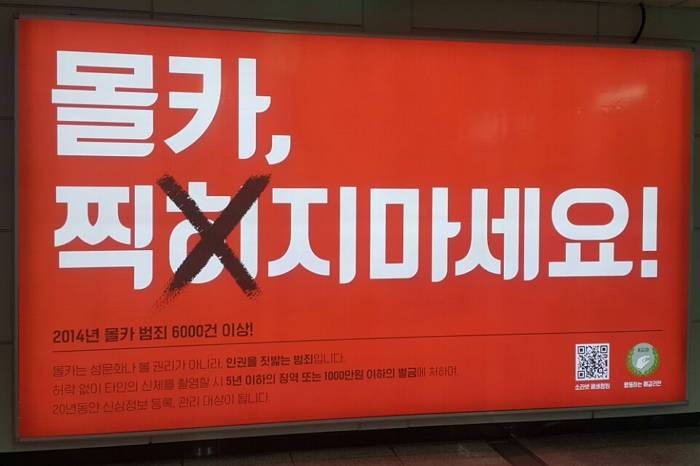 Since its creation, Megalia has been shut down and re-created several times. But, taking into consideration all of its shortcomings and strengths, perhaps it is best to hesitantly say that such a site (despite its extremism and hate) is necessary for South Korea to see the need to improve gender equality in the nation. Hopefully, in the future, a site of more legitimate and truly feminist origins can not only come into existence but make as big of an impact as Megalia is right now.

In South Korea – a nation so developed in some aspects yet completely unmolded in others, where gender equality has remained on the back burner for decades while economic development and technological advancements were forced onto the forefront – it seems radical feminism has unapologetically announced its presence.