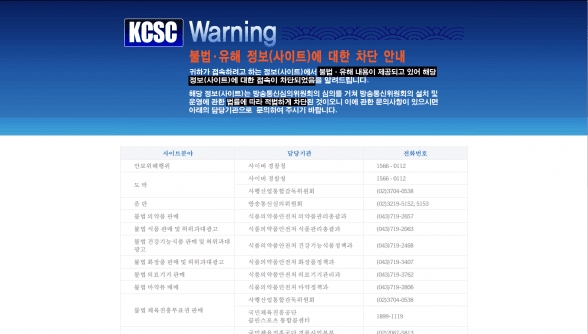 The South Korean government blocks pornography through the Korea Communication Standards Commission – or the KCSC. Established in 2008, the KCSC is charged with patrolling the Internet and exercising censorship where they deem necessary. This censorship is most prominently exercised on North Korean propaganda, but often crosses over into other areas. The KCSC has come under fire from the likes of independent watchdog organization Freedom House for “several incidents in recent years in which content that was apparently disseminated in the public interest was nevertheless deleted.” When censorship is an entrenched policy, a slide down the slippery slope is a constant temptation.

The controversial open source app project Popcorn Time has become the next challenge in protecting intellectual property that started with Napster and continues today with other torrent sites. The difference is that these new options no longer have you download the material via torrent, but instead stream the content directly to a video player built into the app. The viewer is never in possession of any illegal material, making it even harder to catch offenders.