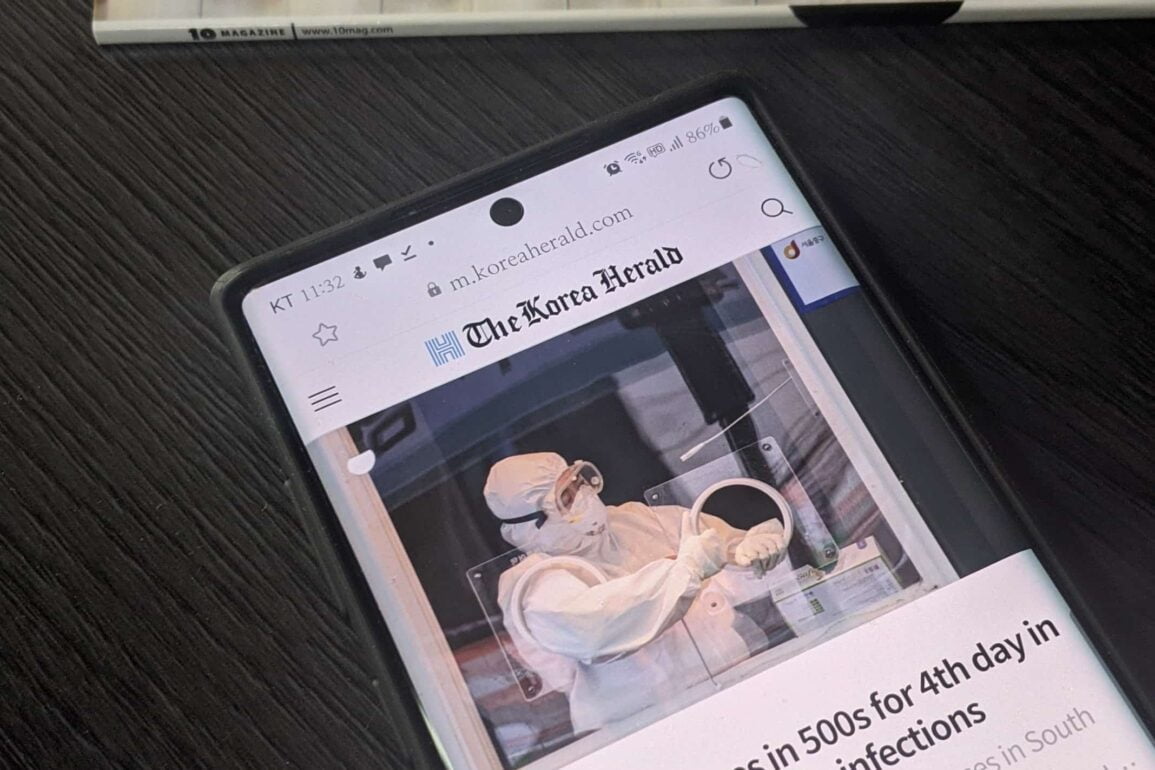 As the sole member of the Asia News Network (ANN), The Korea Herald is one of the largest English news sources in South Korea. The publication provides daily news covering the nation, business, finance, entertainment, and sports along with international stories.

The Korea Times English-language news site provides news on domestic issues, business and technology, finance, lifestyle, entertainment, sports, and worldwide events. You can also follow the newspaper’s Facebook and Twitter feeds or subscribe to their Youtube channel for daily updates on stories happening in Korea and around the world.

Launched in 1999, Seoul News is a stand-alone site (under the umbrella of Mainstream Media Ltd.) covering regional and international stories, including business, finance, and forex rates along with weather and links to other Seoul media. The site also provides news polls, free daily emails in various categories, a Twitter account and RSS feeds.

One quirk of Seoul News.Net is its heavy coverage of golf, especially PGA Tour events, regardless of the performance of Korean players.

The Hankyoreh is a progressive newspaper aimed at democracy, peaceful coexistence and national reconciliation between South and North Korea with fair coverage. Owned by about 62,000 shareholders from all walks of life, the Hankyoreh is recognized as the most reliable and authoritative newspaper in Korea covering a wide range of news from national to international, eco-business, culture and North Korean news in English, Japanese, Chinese, and Korean.

The Kyunghyang Shinmun is an independent daily newspaper which stands at the frontline of investigating the government and conglomerates generally referred to as ‘Chaebols’ in South Korea with the reputation as the second most credible newspaper in South Korea.

Korea JoongAng Daily is an English-language newspaper that provides relevant reports on Korean issues, business, culture, entertainment, and sports. Their articles are published by The JoongAng Group, a leading Korean media conglomerate affiliated with the New York Times.

As one of the oldest newspapers in Korea, the Chosun Ilbo provides national or political news, business, sports, entertainment, health and lifestyle news in Korean, English, Chinese and Japanese. The Chosun media has other subsidiaries apart from the daily newspaper such as the TV Chosun, the Digital Chosun, the Chosun Biz, the Sports Chosun, the Chosun News Press and others.

News in English Sponsored by the Korean Government

Arirang TV or radio provides English news on Korean politics, economy, IT or science, life or culture, sports and weather. They are also known for their wide range of TV and radio programs on culture, education, entertainment, dramas, documentaries and others. You can find Arirang World on Facebook, Twitter, Youtube, Instagram and Naver for daily informative news and programs.

TBSeFM 101.3MHz is an English-language radio station in Seoul that provides entertaining and educational programs and daily news for its wide audience. TBSeFM is a part of TBS’ 3 channels including TBS FM and TBS TV. You can stay connected with TBSeFM on Facebook, Twitter, Instagram or you can subscribe to their Youtube channel.

Did you find this article on Korea new sources helpful? Leave a comment below!