Is The Korean War Coming To An End? 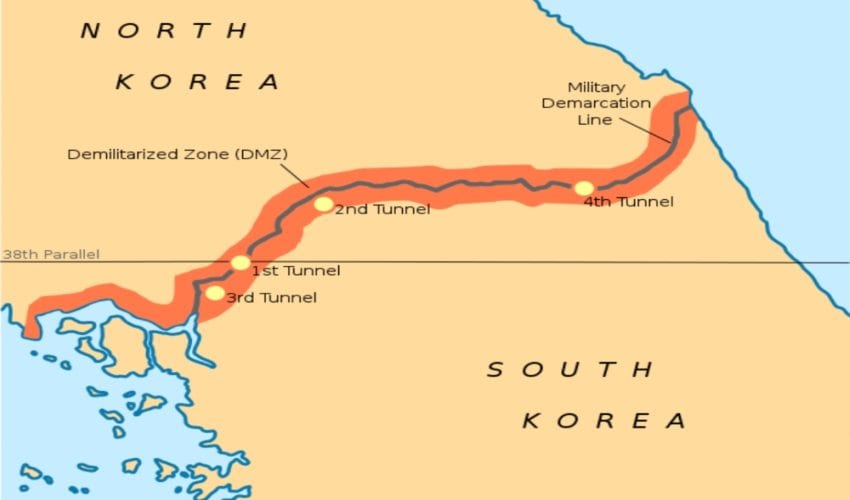 After almost 65 years, North and South Korea might finally bring the Korean War to an end.

To the surprise of many, though an armistice was signed in 1953 to officially halt “all acts of armed force in Korea until a final peaceful settlement is achieved,” no official peace treaty was ever ratified between the two countries and North and South Korea are technically still at war.

According to an anonymous South Korean official, the two Koreas are currently in negotiations to announce a permanent end to the official military conflict between the two countries. 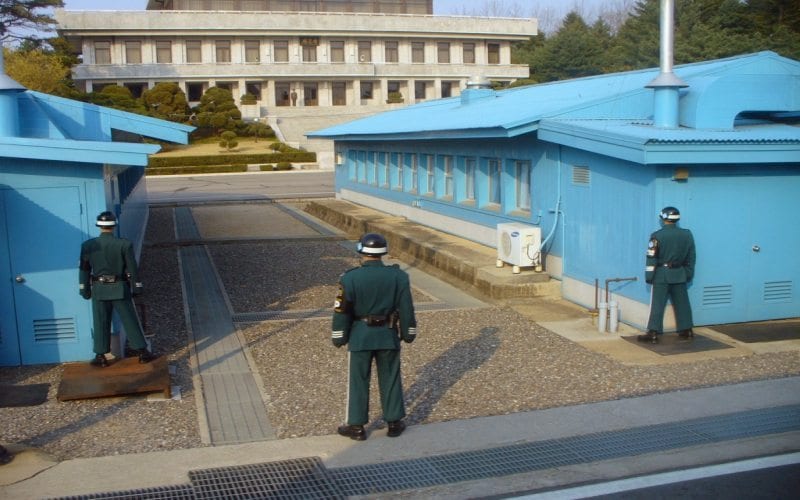 Shown above: soldiers at the DMZ. CC courtesy of Wikimedia Commons.

North Korean dictator Kim Jong-un and South Korean President Moon Jae-in are scheduled to meet for the first time in a summit in the border village of Panmunjom next Friday, April 27. Among the topics up for discussion are the denuclearization of the Korean peninsula and the restoration of the Demilitarized Zone to its original state.

Since Kim came to power in 2011, he has aggressively pushed for the advancement of North Korea’s nuclear weapons program. In total, Kim has approved the launch of 85 missiles and 4 nuclear weapons tests in the past 7 years. This number exceeds what his predecessors (Kim Jong-il, Kim Il-sung) conducted over the course of 27 years.

At this point, it is not yet clear whether Pyongyang will be willing to halt its nuclear weapons program. The South, however, seems adamant that complete denuclearization is a non-negotiable part of any peace treaty that the two countries will sign.

Choi Eui-yong, the director of South Korea’s National Security Office, stated earlier today that South Korea will only seek to sign a peace treaty on the condition that North Korea completely gives up its nuclear weapons program.

President Moon, as well, emphasized the necessity of denuclearization as a prerequisite to peace during a Buddhist service held on Tuesday to pray for the success of the upcoming summit. “The complete denuclearization of the Korean Peninsula is the most urgent task that lies before us and a task we must complete peacefully,” Moon stated at the event according to a transcript released by The Blue House.

The Demilitarized Zone (DMZ), a strip of land that runs 250 km across the Korean peninsula, is one of the most heavily fortified borders in the world. After the Korean Armistice was signed in 1953, it was established as a buffer between North and South Korea, and has been the site of several violent skirmishes between US, South Korean, and North Korean troops over the years.

If talks of the DMZ returning to its “original state” become a reality, it would mean that the DMZ “would presumably cease to exist and the military demarcation line would become the border,” according to a report by Bloomberg Politics. Troops, along with weapons and other artillery, would be withdrawn from the area and the divide between North and South Korea would become no different than any other land border in the world.

The Role of the US

It is notable to point out that because the armistice of 1953 was signed by the United States on behalf of South Korea, who refused to sign the agreement, any peace treaty on the Korean peninsula would likely require the participation and approval of the United States. In remarks before a bilateral meeting with Prime Minister Abe of Japan at Mar-a-Lago on April 17, Trump stated that North and South Korea have his “blessings” in their quest to seek peace. 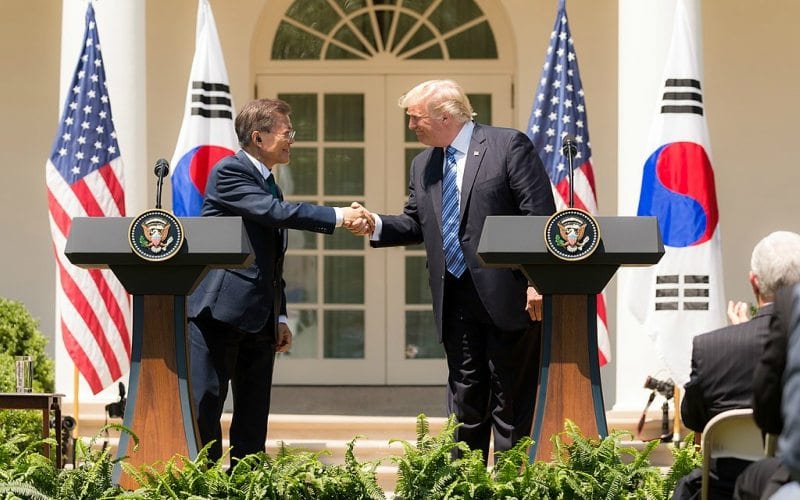 Shown above: President Moon and Trump in the Rose Garden of the White House in Washington, D.C. CC courtesy of Wikipedia Commons.

The diplomat slated to represent the United States, if a peace treaty were to be signed, would be ex-CIA director and Secretary of State nominee Mike Pompeo who, according to multiple news outlets, participated in a secret meeting with Kim Jong-un in Pyongyang earlier this month to lay the groundwork for a potential meeting between Kim and Trump later on this year. The preliminary talks between Kim and Pompeo marked the first time since 2000 that the United States and North Korea held high-level talks.

While it’s clear that relations between the North and South have improved tremendously in the past couple months, there is still no guarantee that a peace treaty will be ratified between the two countries. President Moon, however, appears hopeful looking ahead. “I hope that the spirit of dialogue will come to fruition on the Korean peninsula, so that conflict and division can be resolved,” Moon said in a statement on Tuesday.

Kim and Moon have agreed to sign a peace treaty to officially end the Korean War this year, according to a joint declaration.

“There will not be any more war on the Korean Peninsula, a new era of peace has begun,” Moon said after signing the declaration according to a translation by CNN. Continuing, Moon said “Chairman Kim Jong Un and I have agreed that complete denuclearization will be achieved, and that is our common goal.”

Read Also: What You Need To Know About The 2018 Inter-Korean Summit