What You Need To Know About The 2018 Inter-Korean Summit 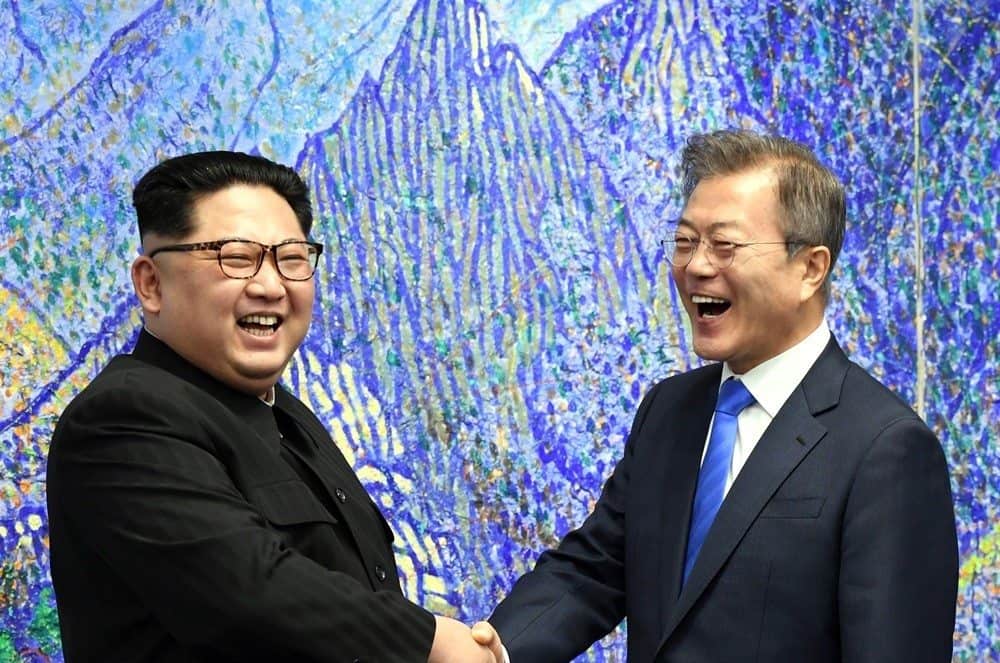 Today, April 27, the leaders of North and South Korea, Kim Jong-un and Moon Jae-in, will meet for the first time in Panmunjom (판문점), a village in the Joint Security Area of the DMZ.

At this historical inter-Korean summit, the topics up for discussion include the denuclearization of the Korean peninsula and the restoration of the Demilitarized Zone to its original state.

What makes this summit historical?

North and South Koreans leaders rarely meet face-to-face. Today marks only the third time since 1953 that the leaders of the two countries have personally met (the previous two summits were held in 2000 and 2007). Kim, so far, has only met with one other state leader, Xi Jinping of China, since his ascension in 2011. Today’s events also mark the first instance, since the end of the Korean War, that a North Korean leader set foot on South Korean soil.

Kim’s willingness to meet President Moon came as surprise to many international onlookers after a year of  high tensions between North Korea and the global community. Kim is also expected to meet President Trump later this year. Many experts speculate that today’s events will “prepar[e] the ground for US president Donald Trump to meet Kim in May or June.”

What do both parties want?

More than anything, both Kim and Moon want to claim today’s summit as a success, whatever that may look like. Many see today’s inter-Korean summit as an ideal opportunity to repair diplomatic ties between the two countries. Talks of economic cooperation and the official end of the Korean war are also on the table, but it is unlikely that an official peace treaty will be signed today.

Promises of denuclearisation from the North is a prerequisite to peace on the Korean peninsula, according to President Moon. “The complete denuclearization of the Korean Peninsula is the most urgent task that lies before us and a task we must complete peacefully,” Moon stated during a Buddhist service held last Tuesday to pray for the success of the upcoming summit, according to a transcript released by The Blue House. 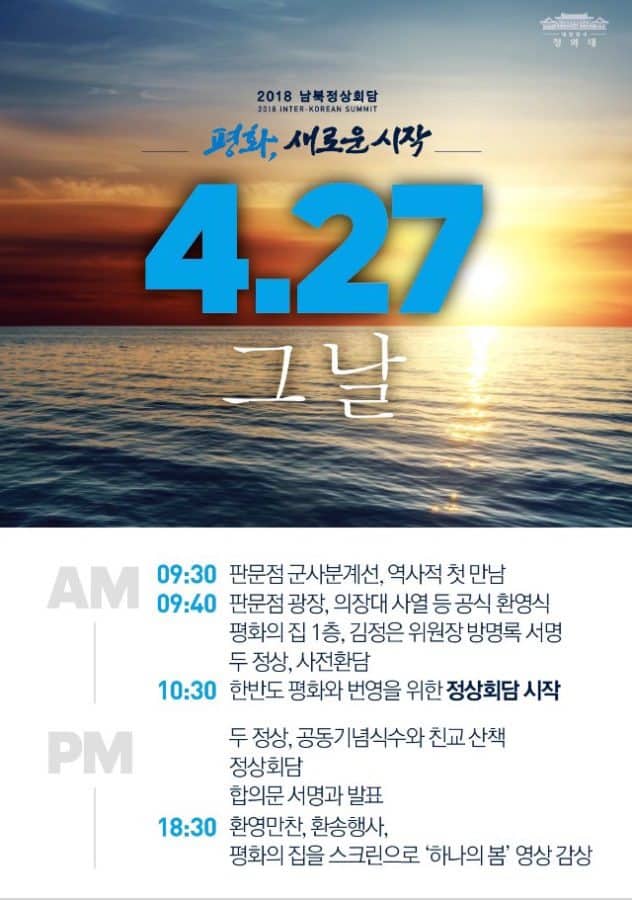 
In 2017, a voluntarily denuclearized North Korea seemed like a mere pipe dream; Kim has aggressively pushed for the advancement of North Korea’s nuclear weapons program for 7 years since his ascension in 2011, in total approving the launch of 85 missiles and 4 nuclear weapons tests.

What are the likely outcomes?

Many experts have been skeptical of the idea that today’s events will lead to any major treaties or policy changes. Instead, the overwhelming speculation is that the summit will likely serve as a platform to restart communication and cooperation on the peninsula so that the two Koreas may more easily discuss economic, political, and diplomatic issues in the future.

[This article will be updated as additional information becomes available]

9:30 am KST — Moon and Kim met in Panmunjom (판문점), a village in the Joint Security Area on the DMZ. Moon and Kim shook hands. Afterwards, they walked together to the Peace House in Panmunjom. Apart from a lunch, which the leaders will enjoy separately, and joint tree planting, the day is filled with meetings until approximately 6:30pm.

12:00 pm KST — The morning meetings have come to an end. During their separate lunches, both leaders remarked that the meetings have been very productive. Moon has named the inter-Korean summit as “a gift to the world.” Both leaders have expressed intentions to meet in the future as well. Furthermore, according to the Guardian, Kim and Moon also discussed the reunification of families. Kim was quoted saying “We should value this opportunity so that the scars between the South and North could be healed.”

2:17 pm KST — At the press centre near the DMZ, complimentary Ryan the Lion snacks were distributed amongst the press. A BBC reporter uploaded a photo of her snack and mistakenly referred to the character as a “rather intense looking… bear?” Around 40 minutes later, BBC released a new update entitled “It’s a lion, not a bear.”

“A concerned reader has just alerted us to an error: the snacks handed out in the press centre were in fact not bears (as we mistakenly assumed) but Ryan the lion, a cartoon character widely popular across South Korea. We regret the error,” the update read.

2:45 pm KST — A South Korean official has confirmed that the wives of both Korean leaders will attend the banquet this evening. It is notable to add that Kim Yo-jong, Kim Jong-un’s sister, who met President Moon during the 2018 Pyeongchang Olympics earlier this year, was present during this morning’s meetings.

4:15 pm KST — Tonight’s dinner has been carefully thought out. In a nod to Kim’s education in Switzerland, a Korean interpretation of the Swiss Rösti will be served. Besides state officials, the wives of both Moon and Kim and famous cultural figures from both countries will join the meal.

4:35 pm KST — Kim and Moon partook in a  joint tree-planting ceremony, which featured a tree from the year 1953 (the year the Korean War armistice was signed). The ceremony included the use of soil and water from both North and South Korea and is meant to symbolize a gesture of unity between the two countries.

6:05 pm KST — [BREAKING] Kim and Moon have agreed to sign a peace treaty to officially end the Korean War this year, according to a joint declaration.

“There will not be any more war on the Korean Peninsula, a new era of peace has begun,” Moon said after signing the declaration according to a translation by CNN. Continuing, Moon said “Chairman Kim Jong Un and I have agreed that complete denuclearization will be achieved, and that is our common goal.”