We Tried the Chizza so You Don’t Have To 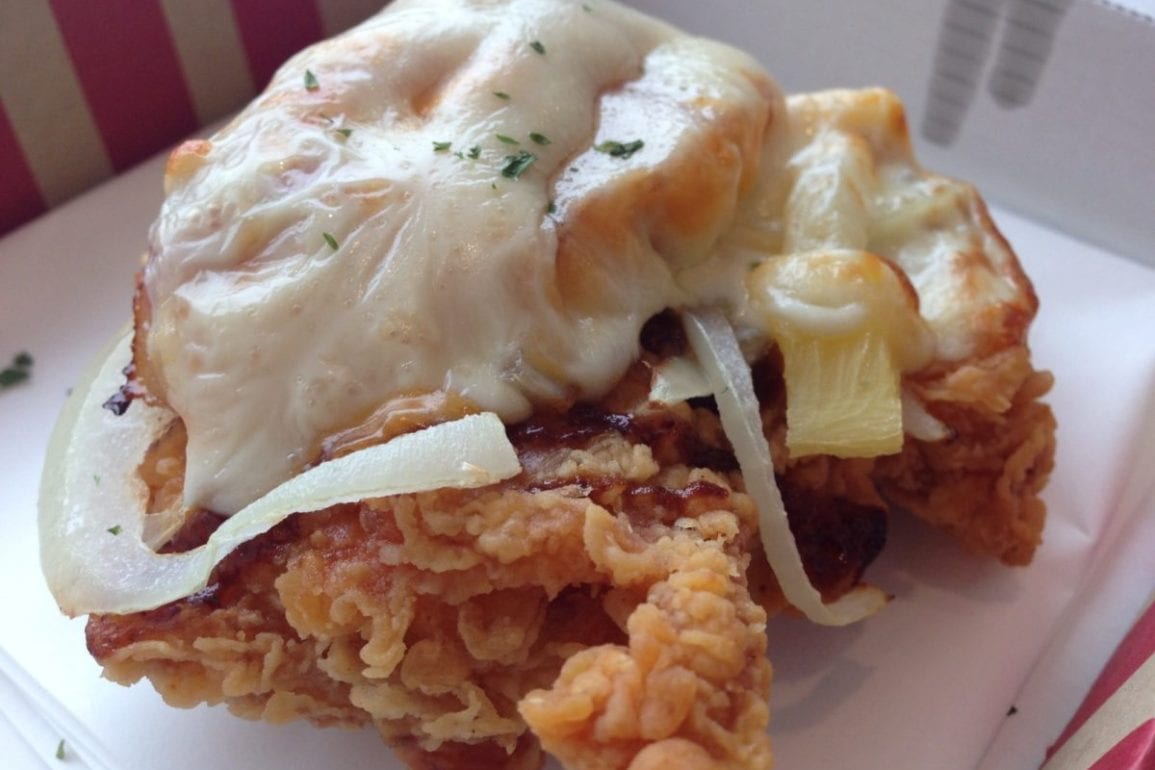 We Tried the Chizza so You Don’t Have To

If you’re planning on consuming alcohol in the next 24 hours this food review is for you.

For those who haven’t already come across it, the Chizza is KFC Korea’s latest creation. 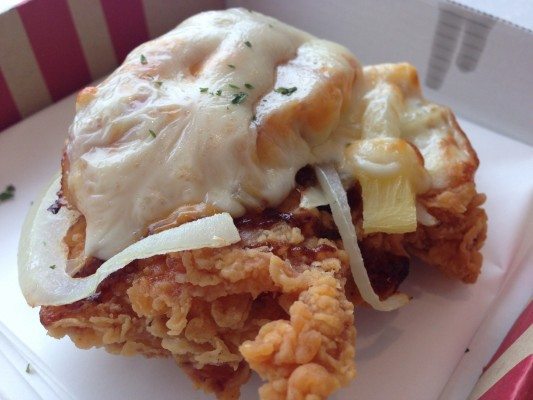 Basically, it’s a piece of fried chicken with pizza topping.

Today, I tried it and to be honest, I liked it. There, i said it. Sure, the Chizza sounds like a fast-food abomination at first, but when you realize it’s really just a chicken parmigiana having an identity crisis, it’s not so bad. The “pizza topping” was  something you might expect your drunk house mate to come up with at 3am: a slightly awkward combination of barbecue sauce, bacon, raw onion, pineapple and cheese. While the pineapple may have been a little out of place with the otherwise southern BBQ theme, I’m an Australian – we happily butcher many-a foreign national dish with the addition of pineapple – so I was ok with having it tag along for the ride.

Essentially though, the Chizza is not one of those surprisingly good/bad fast food concoctions. It tastes exactly how you imagine a piece of fried chicken with BBQ sauce, bacon, onion, pineapple and cheese would taste. While I liked it, my only complaint is the portion size is not really worth the price. 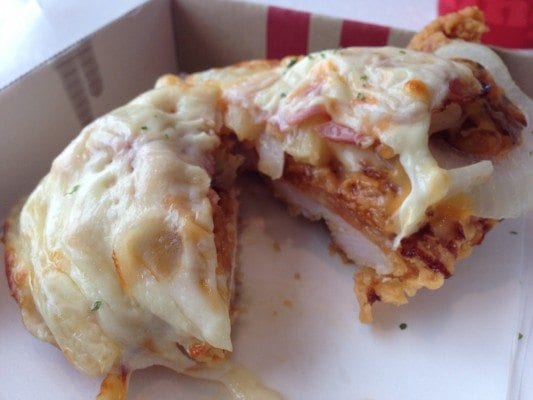 That being said, I think there is a market out their for the Chizza: anyone who struggles with decision making, your drunk house mate at 3am, or the kind of people who like to kid themselves and think that by ditching a burger bun they’ve uncovered a long lost healthy alternative hiding in amongst all that fast food.