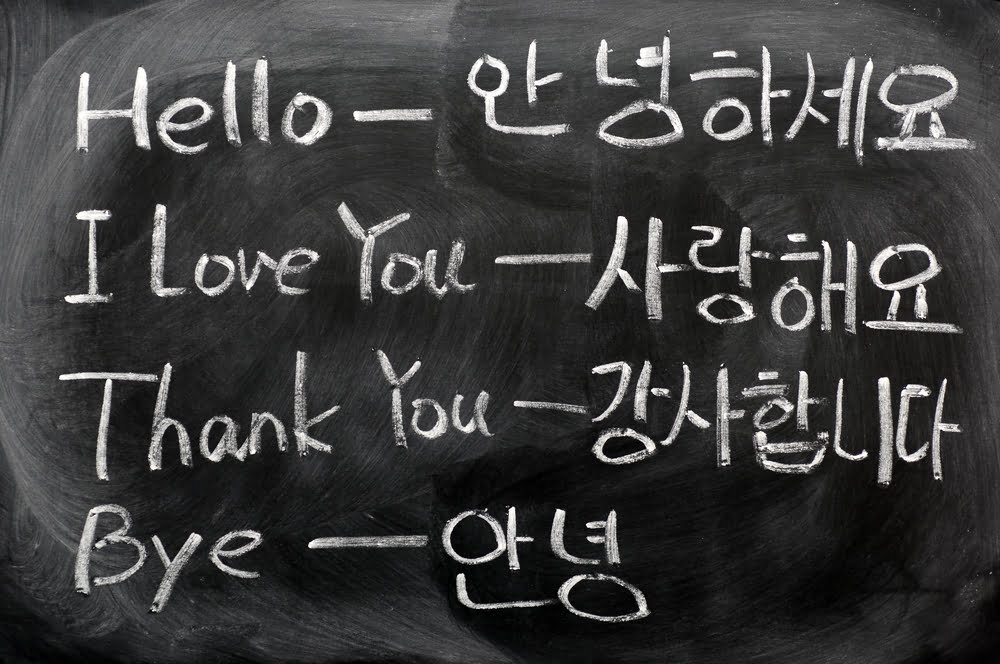 Whether or not you live in the Republic of Korea, sometimes you might find yourself in a situation where you need to know how to say something in Korean. Greetings in Korean? Exchanging pleasantries with a Korean teacher, friend, customer, or business partner? Wishing a Korean friend “Happy Birthday!”? Confessing your feelings to your Korean crush? Need to ask for help? We got you covered with a list of key Korean phrases you’re most likely to need at some time, even if you’re not necessarily interested in learning the language (if you are, check this out).

The Korean language has different levels of formality, so depending on who you are trying to talk to, the phrases will slightly change. We’ll be using “Informal/Formal” to describe the levels of formality.* “Informal” should only ever be used with close friends and family, while “Formal” should be used with pretty much everyone else, especially if they’re older than you. If you’re uncertain, “Formal” is the safest to use in most situations. It’s better to be overly polite than to come off as rude, isn’t it?

* A “Very Formal” level also exists, but we have decided to not cover it in this article in order to minimize potential confusion. Let us know in the comments if you have questions about that!

How to say “Hello” in Korean

If you are saying hello or goodbye in person, don’t forget to also bow or nod your head!

How to say “Yes/No/I don’t know” in Korean

How to say “How are you?” in Korean

The word-by-word translation of this Korean phrase would be something like “Have you been well?”, but it is used as the equivalent of “How are you?” in Korean. To answer this question, you can simply say:

How to say “Thank you!” in Korean

If you are saying thank you in person, don’t forget to also bow or nod your head!

How to say “Happy birthday!” in Korean

* 생일 축하합니다 (Saengil chukahamnida) is also used very often, even in the Korean version of the “Happy Birthday Song”, and it has a higher level of formality that the phrases above.

How to say “I love you!” in Korean

If you’re not sure it’s love yet, but still want to tell someone you like them, you can use these:

* There is no “you” used in formal Korean, since addressing someone directly could be considered rude. The way to go is saying “I like ___(person’s name)”, even if you’re saying it to them in person. Although referring to someone in front of you in the third person might be awkward in English, it’s perfectly natural and a sign of respect in Korean.

How to say “I miss you” in Korean

If you feel your heart terribly aching because of how much you miss someone or something (like your family, your hometown, etc.), use this:

How to say “Help me, please” in Korean

Don’t hesitate to ever ask for help! Most Koreans will be more than happy to help you out.

You can fill up the ___ with either a person, an object or a place you are looking for.

How to say condolences in Korean

In unfortunate situations like the loss of a dear one, there is not much we can say to console someone. This formal greeting is the equivalent of “Rest in peace” and is the most common way to express condolences in Korean. There is no informal version of it, but if you feel like saying something more to a close friend, you can also add “힘내요” (Himnaeyo), or “Cheer up/Hang in there”.

How to say “I don’t speak Korean” in Korean

Once you’ve said 안녕하세요 (Annyeonghaseyo), many Koreans, especially the elderly, will get so excited about you saying something in Korean that they might assume you speak the language fluently. If they start talking to you in Korean really fast and you feel like you’re getting lost, simply saying you cannot speak Korean will most likely slow them down or stop them altogether.

How to say “How do you say this in Korean?” in Korean

If you’re a Korean learner, this one might come in handy. Whenever you’re not sure what something is called in Korean, just point to the object and ask:

For more useful phrases in Korean, have a look at this video:

We hope you could find the phrase you were looking for in this article. If not, ask us in the comments below!

If you’re interested in learning Korean, have a look at our article on 10 Of The Best FREE Korean Learning Apps.