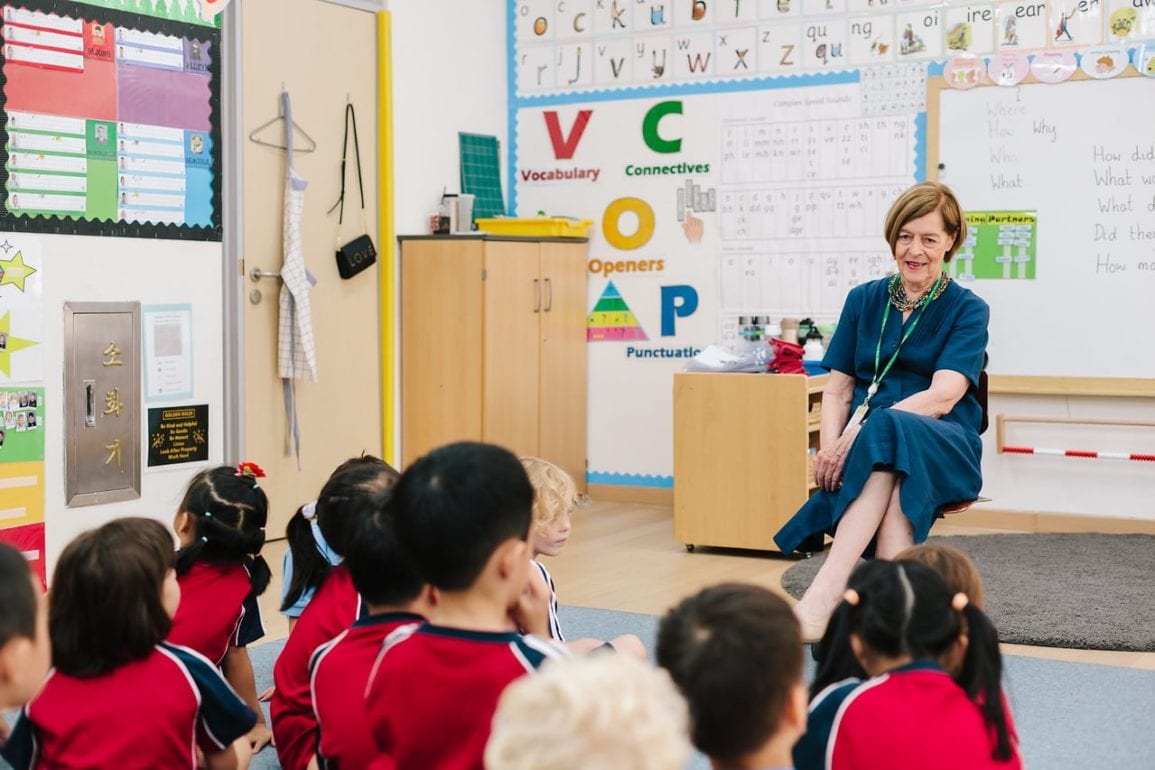 “These lectures, which are named in honor of Dulwich alumnus Sir Ernest Shackleton, provide a high-profile focus upon a key quality the school seeks to develop in all Dulwich students and staff, namely, Pioneering Spirit,” remarked Graeme Salt, Headmaster at Dulwich College Seoul. “This is the fourth annual Shackleton Lecture, which so far have featured stories from expeditioners and explorers who have made exceptional journeys over air, land, and sea, and in doing so have demonstrated the extraordinary capacity of human beings.”

Ms. Shackleton’s talks focused on her grandfather’s series of Antarctic expeditions, emphasizing his strong leadership qualities focusing on endurance, courage and teamwork. “In his 1907 Nimrod expedition, he made it to 100 miles of the South Pole before circumstances forced him to turn back. When asked by his wife why he turned back, he said, ‘I thought you’d rather have a live donkey than a dead lion.’”

The apex of Sir Ernest Shackleton’s exploration career was the 1914-1916 Trans-Antarctic Expedition in which the team’s ship, the Endurance, got caught in an ice floe and was eventually crushed. Although the expedition did not reach the South Pole, after an arduous journey of 800 miles in a lifeboat and an overland trek over South Georgia Island, Shackleton’s outstanding leadership led to the rescue of his entire 28-man crew. Regarding her grandfather, Ms. Shackleton emphasized, “Although the expedition did not reach its goal, the manner of failure made him immortal.”

Regarding the significance of her visit, Mr. Salt said, “It is our privilege to welcome Ms. Shackleton, who has also enjoyed a life steeped in adventurous travel herself. Though she never met her grandfather, she has proudly promoted his extraordinary qualities.”

The Shackleton Lectures are one of the highest profile events in the school’s calendar, bringing the most fascinating people to share their stories with students. The Shackleton Lectures reinforce the values of grit, determination and courage and how that, and a sense of adventure, should be applied to everyday life.