Expat Expertise: Streets and the City 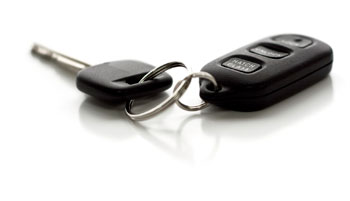 Last year, my wife and I got a car. While driving in North America can be a pleasure of life, Canada’s open road is nothing like what you’ll find in Korea’s cities. Year by year, Korea lingers at the top of the lists for highest car accident and pedestrian fatality rates in the OECD, and anybody who’s taken a taxi ride knows Korea’s city traffic can get wooly. However, these harrowing roadways can be navigated. From my own time driving, here are some pointers for surviving the streets without sacrificing your sanity.

Awareness
The most important, possibly life-preserving rule, is simply this: what the cars around you are doing is more important than the lights, lines and signs on the road—by a huge degree. Whether that’s lane-weaving cars in the city or red-light-runners in the country who think nobody’s looking, the road signs are good, but awareness of your surroundings is better.

Ask first
If you plan to drive in the city, ask first, “Do I actually need to drive?” Between traffic, parking scarcity and prices, and Korean cities’ ever-improving public transit systems, often a subway or bus is easier, less stressful, and even faster. If your destination is close to a busy city center, or it’s rush hour, public transit might be a better choice. If your destination is farther from the city center than you are, driving becomes a viable option.

Watch out
Until all the world’s idiot drivers have stickers on their cars, you should drive defensively around the far right lanes. Buses, taxis, delivery bikes and trucks, cart-pulling seniors and a full complement of wet and dry goods vendors either dodge in and out of this lane—or even set up shop. Cars with tinted windows, especially imports, deserve an extra eyeball, too: they drive with a greater sense of entitlement than other drivers, and are most likely to cut you off, or block you from changing lanes. Meanwhile, bikers come out of nowhere and ignore any rule of the road that won’t help them deliver their pizza: use your mirrors a lot to stay aware of all four corners of your car. Taxi and bus drivers might be aggressive, but they’re also usually very experienced, for what it’s worth.

Turn signals
Like business or dating culture, driving also follows different logic in different countries, and what works well in one country might fail completely elsewhere. My Canadian-style hesitations and shoulder-checks had Korean drivers taking my spots before I could move. Few drivers on downtown roads will give you space. You have to take it for yourself. The often-underutilized turn signal doesn’t always help with this, either: sometimes you just have to start nosing a little into the lane you want, and let other drivers give you the space once they notice you’re on your way. This is part of why cars here are often seen straddling two lanes.

GPS
Because many of Korea’s cities are old, with new thoroughfares layered over old neighborhoods and their one-way, dead-end corners, a GPS system will help you navigate the unexpected one-ways, disappearing-reappearing lanes, surprise on-ramps and the like. Shell out for an English-speaking one, or get used to reading it by sight. It takes some practice, but after a few wrong turns, a good navigation system can become your best friend.

City life
Before you get your frothing road rage on, don’t forget that every big city’s roads are a bit of a madhouse. Opting to be patient instead of impatient will get you farther ahead—maybe not in the left-turn lane, but in more important areas like life expectancy and mental balance. My driving experience back in Canada was mostly small and medium-sized towns; heading into Korea’s big cities is different, but that’s a function of cities, not Korea in particular. Korea’s high accident rate has its causes, but if you’re out on the road, those issues take a back seat to the cars in the next lane.

Bright side
So, after harping on all the things that can go wrong on the roads in Korea’s cities, what are the good points? Two things always impress me about Korea’s city drivers: one, they generally know the dimensions of their cars extremely well. Out of necessity, of course, many can fit big cars in tiny, tiny spaces. Also, because many rules of the road are mostly taken as suggestions, in the city and the countryside alike, most drivers are ready for an unpredictable or foolish maneuver from another driver at any time. This means that when something unexpected does happen, they adjust. To do well as a driver here, I recommend you try to do the same.

Adjusting
When I was sixteen, my driving coach wanted me to watch pedestrians, lights, signs, and other cars all at once. Overwhelmed, I first wondered how I could do it, but with practice, I learned to take it all in. Korean city streets were the same at first: I had no idea how I’d learn to watch so many things at once, but I did, and in time, you will too.

The Seoul Global Center can help you exchange a valid driver’s license from another country for a Korean license. It’s quick and easy: I had mine in hand in about 90 minutes.

• Fill out an application and pay for printing your license (W6,000).
• Get a simple check at a nearby medical clinic (W5,000).
• Citizens of some countries (USA, Australia, New Zealand, China, and others) must write a 20-question multiple choice exam (W6,000), while other countries (Canada, Ireland, United Kingdom, many EU countries) are exempt.
• Your original license goes in storage at the center. To get it back, bring ID and an airplane ticket out of the country to the center.

Contact the Seoul Global Center for more information if you don’t have a drivers’ license from your home country. It’s located on the third floor of the Seoul Press Center behind City Hall (City Hall Stn. ex. 4). Open M-F 9 am – 6 pm. english.seoul.go.kr 02-2075-4127