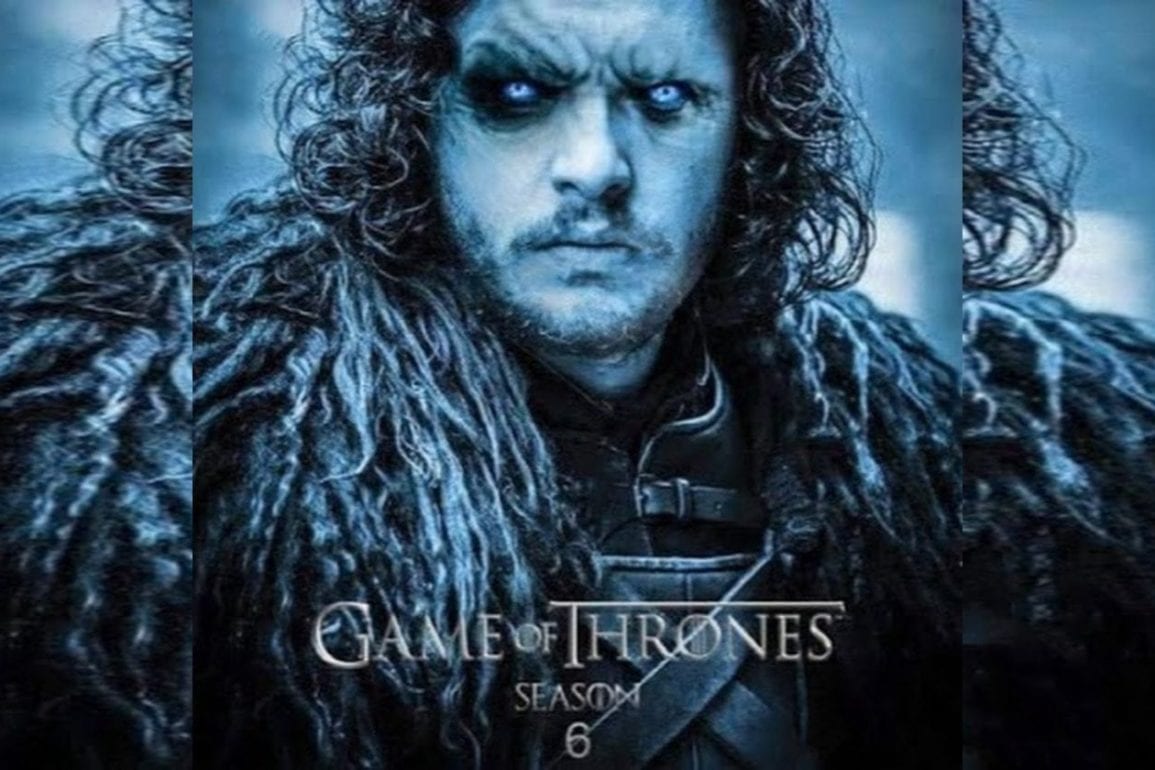 Have you ever considered the similarities between life in the Seven Kingdoms and the Korean life of an expat?

Winter is always coming, sure, but the summer is long and lacking dragons. And while the internet is busy churning out lots of Game of Thrones theories in the show’s off-time, it may still seem like forever until we can return to the winters of Westeros next year. In the meantime, here are 10 parallels between their kingdoms and our own.

1. You are constantly reminded of the seasons.

Anyone in House Stark knows that winter is always coming and you have to be prepared. Anyone in Korea, meanwhile, will happily tell you that “Korea has four distinctive seasons!”

Spring, summer, fall, AND winter?  That is pretty impressive. Impressive enough to be bombarded with in elevators, at bars, and at lunchtime at work? Who knows. But the “four Korean seasons” idea is as ever-present as the coming of winter to Northerners in the Seven Kingdoms. Brace yourselves…

2. You sometimes have to fear the whims of a reckless “boy king”…

In his reign, Joffrey’s bad temper and petty behavior were the talk of Westeros. Which puts him pretty on par with North Korea’s cranky Kim Jong Un. One threatened with a crossbow, the other with nukes. One tormented his to-be wife; one executed his ex by firing squad (though this was later noted as possibly untrue).  All in all, both bad boy rulers who woke up on the wrong side of the throne.

Sure, Joffrey, have some pie. Drink some wine! Oh wait, what… oops. Pesky King’s Landing cuisine. You never know quite what you’re getting.

Back here in Korea, you may not have to fret over poisonous fare, but you’ve probably had a fair amount of “what is this” moments. The dread of biting into a chocolate pastry and getting red bean! The “cheese crust” turning out to be sweet potato! The picking through a bizarre cornucopia of pizza toppings and finding the likes of corn, raisins, cream cheese, shrimp still in their shells… and this is just the beginning. Perhaps we should all use food tasters?

4. You often have trouble following the plot.

It’s the beginning of the season and you cannot WAIT to watch. But four scenes in you’re thinking, “Wait who’s that guy? How are they related? Why is that person mad? I should’ve rewatched the last season…”

Well, you’re not alone if you can’t always make sense of Westeros. Or Korea, for that matter. We all have confusing moments… why did you just get hugged by a man dressed as a soju bottle? Is your boss really reprimanding you via a note on rainbow poo stationery? And why are all the kids using the same bizarre catch phrase this week? Sometimes it’s hard to tell what is even happening in your Korean life, but just like Game of Thrones, it always works to roll with it and wait for the story to make sense again.

5. You find yourself in the unlikeliest company.

Westeros offers up some delightfully awkward pairings. Who can forget the stabby hijinks of Arya and the Hound? The hand-hacking adventures of Brienne and Jaime? You wouldn’t find pairs like this together purely by choice, but in many ways, they worked.

Korean life – expat life in general, really – also leads to a lot of situational friendships that wouldn’t happen otherwise. Maybe your coworker doesn’t run in any of the circles you’re used to. Or maybe you just never knew those other circles were worth running in. We’re expats – this is what we do. We learn to talk about football or soccer or rugby or handegg or whatever that weird sport we’re not used to is. We pick up the language quirks of other countries and miss them when they’re not there. We learn to cherish the unlikely pairings, because sometimes, they work.

6. There is no shortage of slogans or catch phrases.

Winter is coming. Valar Morghulis! Nothing gets us riled up for a new set of escapades in the kingdoms like a clever catch phrase, quote, or tagline, so it’s no surprise that there are so many.

Korea really likes its slogans as well, if you hadn’t noticed. Just for the country itself we’ve had (among others) “Sparkling Korea,” “Dynamic Korea,” and starting this week, “Imagine your Korea.” The cities have a range of clever (and perhaps not-so-clever) lines as well, from the peppiness of “SunShine Gwangyang” to the low expectations of “Just Sangju,”  or my personal favorite, the exceedingly imaginative “It’s Daejeon!” And let’s not even get started on taglines from dramas or drinking products…

7. You never know what to expect at a wedding.

By book or by screen, if you’re reading this, you probably had a small part of your heart torn out by the Red Wedding. Don’t be ashamed. Perhaps you gained a little love back  from that raucous marriage reception at King’s Landing, though? In any case, we can see that weddings in Westeros are a little, well, off the wall.

And Korea? Well, you’re not likely to witness any murderous antics (by the will of the gods!), but you can never be quite sure what to expect. Especially at one of the “factory” wedding hall events. If you’ve attended a good amount of these you may have witnessed everything from lasers and pyrotechnics to bugles shooting confetti to cutting cake with swords and pouring smoking pyramids of champagne. Even when going the traditional route, you may see some unexpected weirdness, like the tradition of hitting the groom’s feet with sticks (or fish!) But it’s all in the name of love. Just like in Westeros, we enjoy the show and wait for the lavish buffet that is sure to follow… but perhaps be wary of the pie and wine.

8. A great barrier divides you from what lies in the North.

Granted, we’re not being guarded against giants and White Walkers, but there are some people up there with sufficiently creepy agendas.

9. People are constantly coming and going.

One day you’re all “This awesome dude Oberyn just came to town and we’re going to best friends!” Then next week, well… yeah. People come and go a lot in the Game of Thrones kingdoms, both in the place-to-place and the life-to-death sense. You can’t always count on consistent company.

No one here’s dying, but in terms of coming and going, the Korean life of an expat can be a bit similar. Many of the “lifers” are lucky enough to have fairly solid bases of friends or family, but overall, the communities we live in are far less permanent than those we were part of back home. Newbies running the spectrum from amazingly cool to undeniably freaky are phasing in all the time, and that’s fun… but with that, we often lose some of our core cohort. This can be a little heartbreaking. Not Red Wedding heartbreaking, but still. We can all just be thankful for the characters that stay in the story.

You’ve got to hand it to Hodor – there’s an impressive range of emotion and expression that can be conveyed through just one word. Delighted… frightened… slightly mischievous. And people might not know what he’s getting at most of the time, but Hodor doesn’t care: he says it anyway.

I think a lot of us have had days like this, particularly if we don’t speak Korean that well. There’s a special Hodor moment when your start-of-class instructions are met with blank stares, or when a taxi driver just grunts at you after your third attempt to pronounce something in what you feel is absolutely perfect Korean. And there are those extra-special “Hodor freaking out in a tower” moments reserved for the bank or the post office or any bureaucratic office, when you find yourself using over-exaggerated body language. But such is life without full use of language. HODOR!

And just like that, while it may seem like winter is never coming in this steamy summer heat, Westeros isn’t as far from us as we think.

How else is life in Korea like life in the Seven Kingdoms? Leave a comment here if there are twinges of the GoT life in your lifestyle…