The Passion of Watermelon 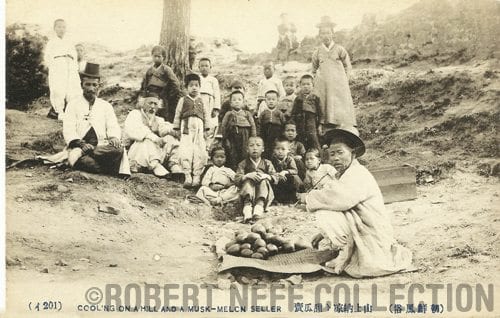 Now that summer is upon us, fruit markets throughout Korea are filled with watermelons. As in other countries, chilled watermelons are a favored fruit to help beat the heat, but they aren’t cheap, costing between W5,000 and W25,000 (USD $5-25). Fortunately, they are not as expensive as the Densuke watermelon of Hokkaido, Japan, which average about Y25,000 (USD $240) each; one recently sold for Y350,000 (USD $3,445).

Watermelons originated in Southern Africa and slowly spread throughout the world. They appear to have been introduced into China sometime in the late ninth or tenth century and from there spread to Korea. Exactly when we are not sure, but we do know that they were here as early as the 16th century. Shin Saim-dang (the woman who graces the W50,000 note), an accomplished artist and mother of the Confucian scholar, Yul-gok, painted a beautiful image of mice ravaging a watermelon in the field.

Watermelons during the Joseon period were highly prized. One Korean scholar from the past, Jeong Yak-yong, also known as Dasan (1762-1836), claimed that farmers would starve themselves before eating their precious seeds. According to old tales, one of the reasons watermelons are filled with so many seeds is to prevent people from devouring them too quickly and thus protecting them from stomachaches and diarrhea.

Early Western visitors to Korea were amazed at their Korean hosts’ fondness for the fruit. According to one Englishman, Koreans ate immense quantities of watermelon, even going so far as to eat the rinds. It may not have been the actual rind that they were eating but rather the pith (the white part) which is said to be especially useful in easing that bloated feeling from indigestion caused by summer heat. Nowadays, women sometimes blend up the pith and use it as a cream to soothe their skin from the ravages of a day spent out in the sun. Rinds also played a small part in the culture of Joseon Korea as proverbs. People were extolled to “stop licking the outside of the watermelon” and begin eating the flesh – in other words, to quit hesitating and undertake the task at hand. 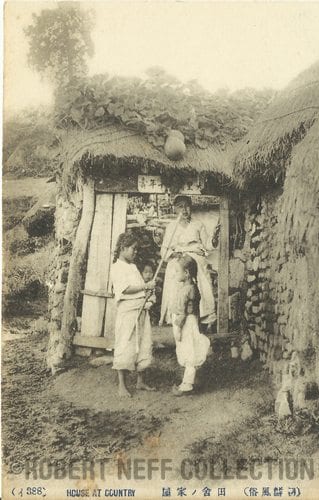 Watermelon merchants were quite common during the late Joseon era and are frequently mentioned by early Western residents in Korea. But they are spoken about in a negative manner, not because of their taste or condition but because of the fears of disease associated with them. In the summer of 1886, Horace N. Allen, an American missionary and physician residing in Seoul, issued a circular to the American community urging them to wash all fruits and vegetables with salt water and to avoid eating watermelons as a precaution against cholera. Many in Seoul’s foreign community banned their Korean employees from not only bringing watermelons onto their compounds but also forbid their employees from devouring the fruit in their own homes. Those caught violating the rules were usually given a warning for their first infraction and fired for their second. Many who did violate the rules lost not only their jobs but their lives as well.

Even more stringent steps were taken at the Western gold mining concessions in the northern part of the country near Pyeongyang. In 1901, Edward T. McCarthy, the manager of the Gwendoline Gold Mine (a British mine), had watermelons banned from the concession which immediately caused resentment amongst the Korean miners:

“As soon as the Corean miners heard of the new orders prohibiting water-melon eating we nearly had a strike, but though they showed great resentment nothing further happened. Several attempts were made to smuggle the melons into the camp, but our police not only entrapped the culprits, but were given orders to thrash them – which I have no doubt they did. At all events we succeeded in keeping the camp clear of them, and, in consequence, I believe, of cholera; we had only one case in our camp.”

The ban on the watermelons may have seemed unreasonable to many Koreans because they were often used as ingredients in Eastern medicine. Boiled watermelon juice was used as a treatment for kidney inflammation, edema from heart disease, and urethra and bladder disorders. Watermelon was also thought to be good for mouth sores and cystitis.

Even today, many people, not just Eastern medicine practitioners and their patients, are convinced that watermelon is one of the healthiest fruits available. There is even a watermelon diet that cleanses your body as it helps you shed pounds, or kilograms in Korea, by devouring copious amounts of the red fruit. But not everyone agrees that watermelon should be eaten in large amounts, especially people with advanced kidney disease.

Having lived in Korea for a great many years, I am, however, surprised that one alleged benefit of eating watermelon has not been played up. Watermelon is said to be good for increasing blood flow and thus helping those with impotency. So, if the thought of eating dog is repulsive and the fear of oysters in the summer too intense, why not begin a romantic summer evening with a large bowl of ice-cold watermelon? 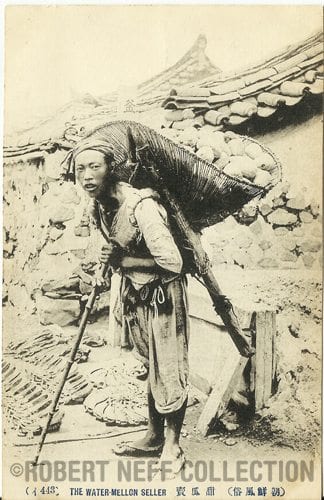