Too often, Taiwan finds itself preceded by the words ‘Made in’, and is synonymous with cheap plastic trinkets and highly-flammable holiday decorations. Given half a chance, though, and it can more than compete with Hong-Kong for glistening skylines, Thailand for laid-back beaches, and Tokyo for full-on madness. With a flight to Taipei from Korea taking less time than a bus ride through Seoul on a Friday after work, it’s an excellent destination for a long weekend.

Historically, residents of Taiwan’s capital have included Pacific Islanders, Europeans, Chinese and Japanese, which goes some way to explaining its multicultural layers. Colonial architecture shares space with traditional temples and modern skyscrapers, with plenty of museums, galleries and markets in between. The gravity-defying Taipei 101 is the world’s fourth tallest building and worth a trip on a clear day, and the ornate Longshan Temple is one of the city’s most popular. For a more sedate afternoon, head for the city’s northern port of Tamsui, where the Fuyou Temple is a peaceful alternative. Explore Old Street for street vendors and souvenirs, and the ramshackle alleys just off the beaten track before watching the sunset from the tree-lined pier.

Traveling the world through the medium of food is a viable option for Taipei visitors. Authentic chickpea falafel with freshly-baked pita is just as available as gourmet cuisine in a five-star setting. What Taipei does best, however, are small street-food snacks, known locally as xiaochi . Every food stall is a sensory overload of culinary wonder merging traditional flavors with world influences. Street snacks cost very little, so it pays to be adventurous. Pork xiaolongbao, native to China, and black pepper buns baked in charcoal pots are particular highlights.

When the sun goes down, night-markets come alive with locals and tourists alike. Most markets begin trading around late afternoon, though they don’t really get going until well past dark. Shilin is the largest market, where the effect is immersive. Smells of sweet sugar and smoke mingle with fried food and leather — genuine and knock-off. The soundtrack is a discord of music and market-goers, as temple lanterns and shadow-filled alleys battle against the garish stall lights. For a more shopping-oriented experience, head for Da’an, the area around Taipei’s three universities. Boutiques and restaurants open onto the street, and it’s just as easy to stumble upon a French-style bistro or craft brew pub as a xiaochi-selling street vendor. 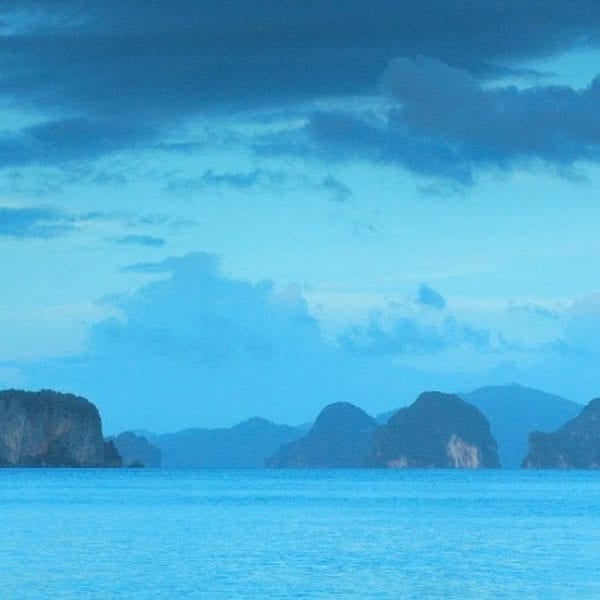 Get your nature fix in the giant oasis that is Da’an Park. Used by locals for outdoor activities such as Tai Chi and meditation, it’s a perfect place to regroup.  For a half-day urban escape, take the MRT just beyond the city to the Beitou Hot Springs or Maokong’s hillside tea fields. Travelers looking to spend some serious time with nature should take advantage of the high-speed railway. It takes less than two hours to reach Zuoying Station, where the lush jungles and quiet beaches of the south are only a short bus ride away.